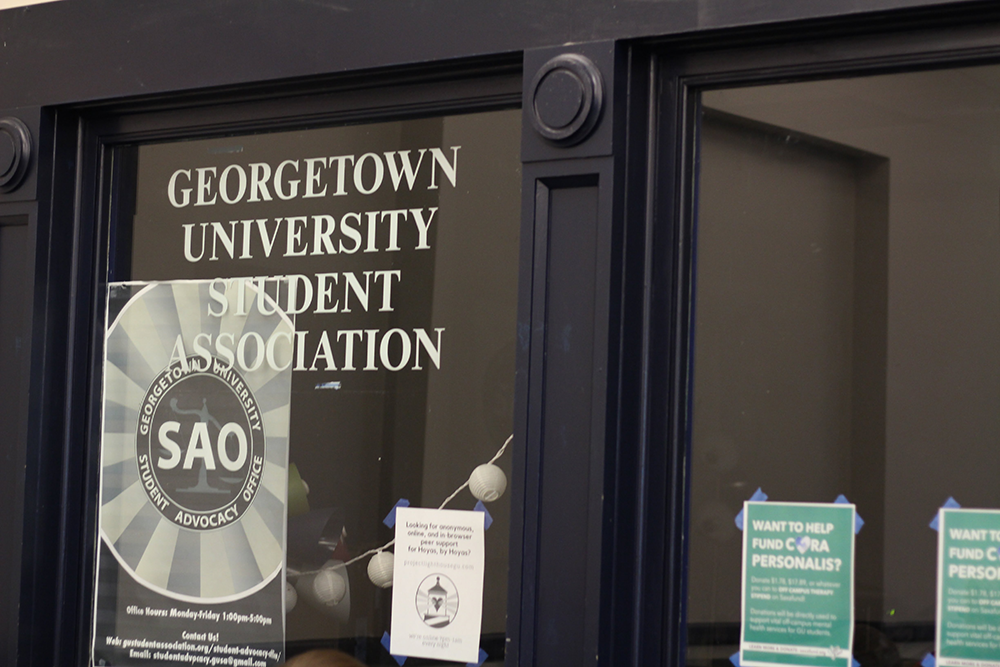 Martinez, who was transition chair of the GUSA senate at the time of the resignations, became president Sept. 16 in accordance with GUSA bylaws. Martinez nominated Chick to be vice president Oct. 1, and she took office Oct. 2.

The pair is emphasizing transparency among GUSA, the university and the student body, according to Martinez.

Martinez and Chick, along with GUSA’s department of student engagement, are holding weekly office hours in an effort to build this transparency. The pair also plans to hold monthly state of the campus addresses, in addition to the annual February address, the two said. Martinez and Chick have also begun working with efforts with university Chief Operating Officer Geoffrey Chatas (CAS ’85) to improve communication between the university and students, according to Chick.

GUSA also plans to build a new website in January to improve student access to information about the organization, according to Martinez.

“In the past, we’ve had a website that’s just extremely inaccessible,” Martinez said. “It’s very ugly — that’s something we want to work on: a new website in January, to make sure that people know that there are status updates on different projects.”

The organization’s current website was hacked on Sept. 7, four days before the resignations. The landing page title was changed to a gray screen reading, “Has the President resigned?” referencing Nair. Though the page was changed shortly after to read “Georgetown University Student Association,” the photos previously on the page were not returned.

Martinez and Chick did not regain access to the website until Nov. 16, according to Martinez. The hacker had set up a two-factor authentication system that required a code sent to the hacker’s phone, preventing others from accessing the website’s editing platform, Martinez said.

Martinez and Chick are committed to not only transparency but also improving support systems available to students, including resources available to survivors of sexual assault from on-campus student groups.

Martinez and Chick are also working to rewrite language on handling survivor support and sexual misconduct reporting in blueprint training, a program for student club leaders, according to Chick.

“We expect people to intuitively be able to handle these issues and say the right things, but unfortunately that’s not the case most of the times,” Chick said. “A lot of students may find it very difficult to be on the receiving end of the information and not be able to provide the correct resources to the survivors.”

The executive’s push comes amid widespread student criticism over the university’s lack of a permanent Title IX coordinator and as the university is holding listening sessions to hear student input on the U.S. Department of Education’s proposed Title IX regulation changes, which could limit supportive measures available to survivors through the university.

The GUSA executive members plan to encourage the university to hire a student well-being coordinator, who would analyze the causes of stress culture and work to implement solutions to mitigate the issue, according to Chick.

The executive members also hope to represent the full student body and recognize student advocacy outside of GUSA, according to Martinez.

“GUSA is not very representative of a lot of intersectional identities usually, and so I want to make sure that they’re being recognized but also that they have some sort of access to institutional support on behalf of GUSA,” Martinez said. “I think that’s our biggest purpose here.”

This article was updated July 2 to indicate the absence of Title IX or Office of Student Conduct complaints against Nair and to include comment from Nair.