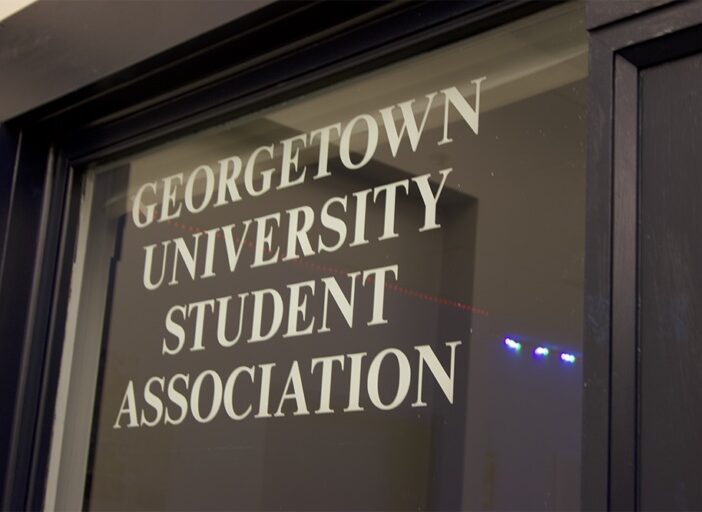 The Georgetown University Student Association (GUSA) plans to hold a student referendum this fall to restructure the organization completely.

The proposed referendum would remove the division between the GUSA Senate and executive bodies, instead dividing the organization into various policy committees, according to GUSA Vice President Nicole Sanchez (SFS ’22). The referendum stems from several GUSA senators’ efforts over the past year to restructure the organization to foster more inclusivity and less hierarchy.

Restructuring GUSA will help increase accessibility and inclusivity within the organization, according to Sanchez, who has helped lead the restructuring project in the senate.

“It’s time GUSA moved away from trying to emulate the government of a country,” Rassieur wrote in an email to The Hoya. “We would be much more efficient if we focused on developing and advocating for policy rather than passing legislation that, at times, can be unimpactful or difficult for the student body to engage with.”

GUSA leaders first began exploring ideas to restructure the organization in fall 2020, when they formed the GUSA restructuring committee, a group of 15 GUSA senators and executive members that meets weekly to discuss the restructuring process. Led by former Senate Vice Speaker Eric Perez (COL ’23) and Dakyung Ham (COL ’22), the committee is currently drafting the proposed resolution to restructure GUSA and will release the final text in the coming weeks, according to Ham.

Though the senate has not yet voted on the proposed referendum, it has already been met with some pushback from senators. The current proposed referendum is incomplete and does not address many important aspects, such as the finance and appropriations (FinApp) committee, according to Zev Burton (SFS ’22), who opposes the referendum.

“They worked for a year on this, they had meetings after meetings and they did their research, and that’s what they came back with — something that isn’t completed, something that hasn’t dealt with the primary role of the Senate, which is FinApp to fund the student organizations,” Burton said in an interview with The Hoya. “That’s half our job, and they don’t have an answer for that. They don’t have an answer for the constitutional council. They don’t have all these basic answers that for me should have been the first questions asked.”

In response, Burton plans to propose a resolution at the upcoming GUSA Senate meeting Oct. 17 that would provide an alternate format for the restructure.

The lack of inclusivity and accessibility within GUSA does not stem from the organization’s structure, but rather the leaders, according to GUSA Senator Fabian Sojos (COL ’23), who opposes the referendum.

“In my opinion, the current structure of GUSA has been rendered ineffective by the current GUSA Executive and Senate leaders,” Sojos wrote in an email to The Hoya. “Rather than follow the bylaws, these leaders have chosen to disorganize GUSA in order to de-legitimize its ability to function.”

If Burton’s bill to change the proposed restructuring procedure fails, members of the GUSA restructuring committee plan to formally release the text of the referendum in the coming weeks to ensure that it is included as part of the GUSA elections already scheduled to take place in November.

Regardless of opinions about GUSA, the student body should engage with the restructuring referendum, according to Rassieur.

“During my time at Georgetown, we’ve seen a dramatic shift in GUSA and students’ ideas about what representation and advocacy should look like,” Rassieur wrote. “The Restructure referendum is the culmination of those ideas, and I hope every student considers its merits and votes in favor of it in November.”