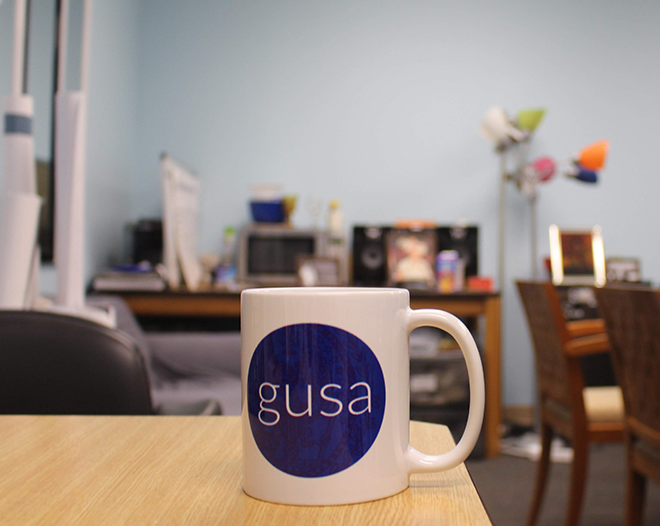 A Blue Campus designation would affirm the university’s commitment to environmentally conscious practices focused on ocean preservation and urge the administration to participate in sustainability efforts. The working group will conduct research related to conducting the Blue Campus referendum and engage with student groups. If the working group decides to move forward with a student referendum, the GUSA election commission would seek to introduce the referendum by spring.

“I really hope that the working group will allow us to write a referendum that takes into account students all across campus, not just people who are in leadership positions,” Rassieur said in an interview with The Hoya. “I hope that it will allow us to get more support from — initially, me — people who were initially skeptical that efforts to make the environment more sustainable actually work out.”

“We believe that The Blue S.O.S.’s focus on preserving our oceans constitutes a vital aspect of our environmental commitment. Our planet’s oceans serve as a major carbon emissions sink, source of biodiversity, and a resource for many people around the world,” the statement said. “Consequently, the Francis-Olvera Administration of GUSA views the protection and preservation of our oceans as an essential part of responsible global citizenship.”

With a Blue Campus designation, the sustainability policy coalition, GUSA executive’s environmental policy team, will aim to sponsor educational programs about sustainable practices and partner with The Blue S.O.S. to invest in ocean-friendly student businesses, according to the executive’s Oct. 15 statement.

“The Norman-Aleida administration stands with the Senate in supporting Georgetown’s designation as a Blue Campus,” Thomas said in an email to The Hoya. “We hope to continue working alongside our counterparts in the senate to encourage legislative progress on this and other important issues relating to environmental sustainability.”

The Blue Campus resolution follows a campuswide pivot toward sustainable environmental practices over the past decade. In February, the university established the Laudato Si’ Fund, named for Pope Francis’s 2015 letter on environmental justice sent to Roman Catholic bishops, to encourage collaboration combating sustainability challenges. The fund sets aside $300,000 in grants to help fund student-, faculty- and staff-proposed projects that seek to combat local and global sustainability challenges.

The Office of Sustainability, established in 2013 to improve Georgetown’s environmental footprint, was nominated for a sustainability prize in 2018.

The Blue Campus initiative is an important step in campus sustainability efforts, according to Amelia Walsh (SFS ’20), president of the Georgetown Renewable Energy and Environmental Network.

By becoming a Blue Campus, the Georgetown community has the opportunity to support an important environmental initiative, according to GUSA Senator Eric Bazail Eimil (SFS ’23).

“Honestly, it’s an incredible cause. Oceans are the main resources for documenting climate change, so without policy resolutions, we will not stop climate change,” Eimil said during the meeting. “So if Georgetown can make efforts to reduce its plastic impact, become actually more friendly to ocean ecosystems, be actually good in both and we have a really robust policy that we can use.”