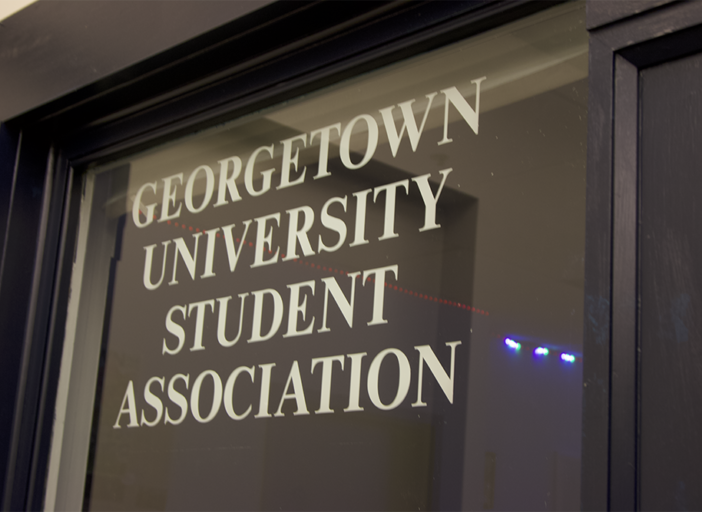 The June 7 vote follows more than a week of demonstrations across the country in response to the murder of George Floyd on May 25. Floyd’s death, a recent incident in a long history of police abuse against the Black community, has reinvigorated calls for policing reforms.

The resolution, approved by a 14-5 vote count with one abstention, was introduced by GUSA Senator Leo Teixeira (COL ’21). Teixeira told the senate he hopes the proposal will encourage university administrators to prioritize the safety and well-being of Black students and other at-risk groups in the wake of murders committed by police officers against Black people.

“There are likely individuals in every single one of our constituencies to whom having MPD on campus patrolling our university and space is a danger, and it makes them feel unsafe, and it doesn’t make them feel comfortable on campus,” Teixeira said during the meeting.

The university must join other communities across the country in reevaluating budgetary priorities surrounding policing and community protection, according to Abdulrahman Gabriel (COL ’22), a member of the Black Leadership Forum who spoke at the meeting.

“While police forces across the country are receiving more funds and higher budgets every single year, every other aspect for improving social welfare and prosperity is being defunded,” Gabriel said. “I think that right there is the critical figure.”

The legislation was drafted in response to violent actions taken by MPD during protests in Washington, D.C., after the murder of George Floyd, according to Teixeira. Federal law enforcement officers drew criticism last week as they responded to massive protests near the White House with tear gas and rubber bullets.

“While this is a problem everywhere in the country, we especially have a sense of the police department that contracts with our university taking a very kind of violent approach and response to these protests and a lot of peaceful protestors,” Teixeira said at the meeting.

In response to these recent accounts of police brutality, proposals for Georgetown to cut ties with external police departments have gained widespread support among students. An online petition pushing the university to cease all relationships with any police department has received more than 6,000 signatures as of June 11.

GUSA’s decision to request a reduction of police contracts rather than a complete termination was mainly because of uncertainty over specifics of the university’s contracts with MPD. Without a deeper understanding of the contracts, a total end to relations between MPD and the Georgetown University Police Department could damage relations with MPD, according to GUSA Senator Lucy Sonsalla (SFS ’23), who pushed to change the resolution’s focus from cutting ties to reducing them.

Georgetown is largely supervised by its own police force. GUPD is a special police force commissioned by the city to police university property. GUPD works closely with MPD, and GUPD officers sometimes collaborate with MPD on criminal investigations and other police services. The university may also employ MPD officers to help police off-campus neighborhoods and minimize noise through the Reimbursable Detail Subsidy Program, according to university officials.

The senate also passed a resolution to establish a GUPD oversight student advisory committee, a group of students tasked with monitoring misconduct and issuing recommendations on how to best reform the department. GUPD has faced many accusations of biased policing and racial profiling in the past. Details about the committee will be fleshed out in the coming weeks.

“If we cut all ties with MPD, survivors would be significantly disenfranchised and they would face a lot of obstacles if they ever wanted to do something,” McGrail said. “I know that we want to make people of color feel safe on our campus, and I am all for reducing the amount of MPD presence on campus — I think that is so important — but at the same time, we can’t forget survivors.”

Senator Amaan Chaudhry (MSB ’21), who voted against the resolution, said he opposed a formal reduction in ties with MPD because doing so would not solve larger structural issues with campus-police relations.

“I don’t think it solves the problem. I think it just pushes it outside the front gates, maybe a block or two off-campus,” Chaudhry said during the meeting. “I think the reality is we still live in D.C., so MPD is gonna continue to be a reality that students face. And the other part to that is cutting ties to MPD doesn’t really support students that live off-campus, especially students of color who live off-campus.”

GUSA’s effort to only reduce relations with MPD represented an incomplete step toward addressing police brutality on campus and in D.C., according to Gabriel. Simply reducing federal police presence on campus will not effectively ensure the security of Black students, he said.

“Let’s not forget that this was a called resolution, specifically for Black students and the Black community here at Georgetown,” Gabriel told the senate. “I think we need simple and real action to make Black folks on this campus feel safer. There are 6,000 voices that have spoken up, and I’m quite certain there are more.”

The resolution represents a positive first step, but the reforms must not stop there, Gabriel added.

“Obviously, the resolution is only a first step to the process so I would not say it fulfills that purpose yet,” Gabriel wrote in a follow-up email to The Hoya. “However, it is the aim of the resolution and we are focusing on going further in order to ensure that Black students on campus are safer.”