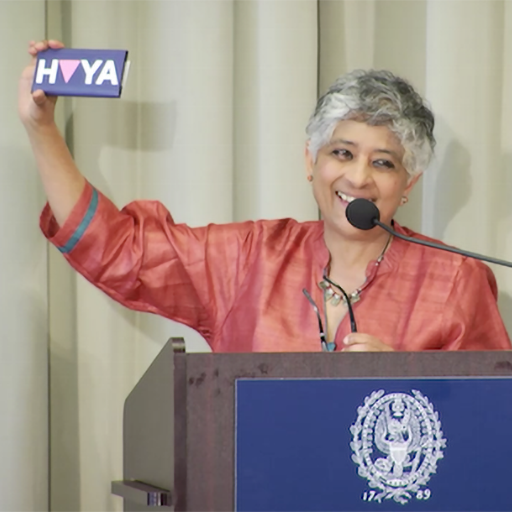 Sivagami “Shiva” Subarraman, executive director of the Georgetown University Women’s Center and LGBTQ Resource Center, is retiring from both positions at the end of the year, initiating a restructuring to unite the centers.

Subbaraman was appointed director of GUWC in Nov. 2019, a year after former Director Laura Kovach resigned. Following Kovach’s resignation, the center, which supports programming and resources for women on campus, was maintained by student interns and undergraduate staffers who organized programs and events on their own for over a year.

Following her resignation, the centers will work together under a new structure, according to Subbaraman.

“In many ways this is a good move for the sustained work of the Centers,” Subbaraman wrote. “It will now be part of a larger organizational structure, allowing much of this work to be aligned with broader campus issues around inclusion and equity, and for an administrative sharing of talent and resources that was not possible with two smaller Centers.”

Subbaraman served as the only full-time staff member of the GUWC until Georgetown named Annie Selak associate director Jan. 8.

Subbaraman and Selak worked together to alleviate undergraduate students running the center and implemented new programs and initiatives, including “Keeping it Real: Faculty Conversation Series” and a collaborative speaker series with the Hindu Student Association and Dharmic Life, according to Subbaraman.

Adanna Johnson, associate vice president for the Office of Student Equity and Inclusion, who also oversees Georgetown’s Center for Multicultural Equity and Access and the Georgetown Scholars Program, will transition both centers to be included under the OSEI’s umbrella.

The OSEI, created in 2019, serves as a support resource for students, sponsoring events and programs that promote inclusion, equity and diversity on campus and houses the Center for Multicultural and Access, Community Scholars Program, and the Georgetown Scholars Program.

Working with the OSEI will benefit both centers, according to a university spokesperson.

“This move will create additional alignment between both the Centers and OSEI, and will be beneficial in bringing increased resources to the Centers, as well as a broader lens to the issues students may be facing,” the spokesperson wrote in an email to The Hoya.

Serving as director of both centers allowed for a valuable connection between the two programs, according to Subbaraman.

“It seemed important to align the work of both centers, to better serve the changing and evolving needs of current students, faculty, and staff,” she wrote.

Adanna Johnson hopes to continue Subbaraman’s work to support women and the LGBTQ community at Georgetown.

“We will continue to elevate these Centers while we address the intersectionality of social identities in both social and academic ways,” she wrote in an email to The Hoya. “I am excited to be a part of a long tradition of justice work at Georgetown University by welcoming the Centers into OSEI.”