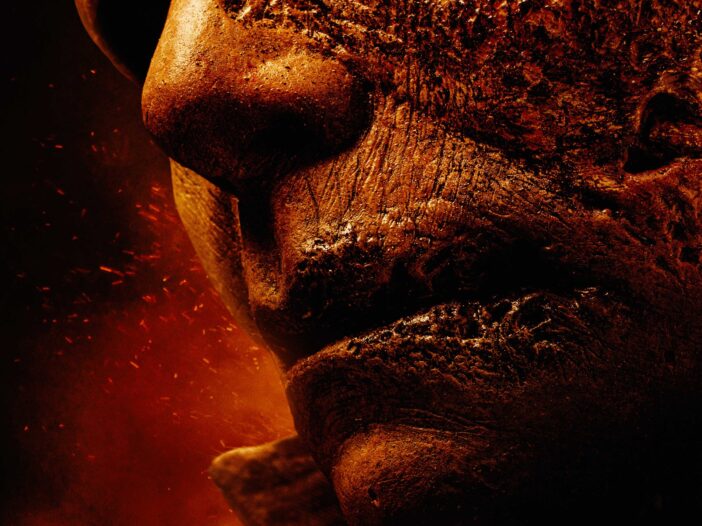 It’s Halloween night in the town of Haddonfield, Ill., and a killer is on the loose. While children scurry from door to door with hopes of collecting treats, death awaits them in the form of the murderous villain Michael Myers, back from the dead for another brutal round of bloody carnage. This time, however, Haddonfield fights back.

Immediately following the events of the 2018 sequel to the original “Halloween,” “Halloween Kills” finds Laurie Strode (Jamie Lee Curtis) critically wounded from the encounter that left her home and Myers himself engulfed in flames. Accompanied to the hospital by her daughter Karen (Judy Greer) and granddaughter Allyson (Andi Matichak), Laurie’s subsequent surgery leaves her bedridden. Believing she finally killed Myers, Laurie falls asleep, blissfully unaware of the monster’s seemingly eternal return from his grave.

Opting to open the film with an extended flashback sequence, director David Gordon Green homes in on connections between past and present in “Halloween Kills.” These flashback sequences mirror the visual style of the original 1978 film “Halloween,” complete with increased film grain and muted color correction. It feels like a genuine homage to the original, and the care taken to craft this atmosphere is appreciated.

However, these sequences are quickly soured by a host of continuity and believability problems in the plot of “Halloween Kills.” Key characters miss straight shots in closed corridors, unsuspending all disbelief among audience members. For a villain who is never seen moving faster than a brisk Sunday jaunt in the park, one would think Myers’ victims would properly flee.

In addition to these logical issues, perhaps the film’s biggest sin is the chronic and campy overuse of fake jump scares, which are fundamentally not scary. This constant game of crying wolf — when the music soars and stutters just to reveal a pumpkin in a closet — prevents the real horror from holding any weight.

When the grisly finally reveals itself in the film, it leaves a brutal mark. Michael Myers’ kills hold no mercy: Ordinary citizens are crowbarred in the head and stabbed in the throat with fluorescent ceiling lights. Green shows every painstaking detail of the gory aftermath, falsely equating horror with violence. Myers obliterates everyone in his path with little to no meaningful opposition, and the film gradually becomes the world’s worst dark web documentary montage. Laurie’s tense and artful cat-and-mouse games seen in 2018’s “Halloween” are nowhere to be found in “Halloween Kills,” replaced instead with horrendous murder showcases.

These kill sequences highlight tonal imbalance, the largest issue of “Halloween Kills.” For instance, in one scene a character humorously scares himself in the mirror only to be stabbed in the armpit seconds later by Myers, abruptly shifting the audience back to the dramatic sphere. This results in unnecessary screen time for and focus on characters who ultimately pass, begging the question of why Green felt the need to include humorous moments at all, even if they are a staple in the horror genre.

If the goal of “Halloween Kills” were to focus on balancing the horror genre’s cliche with realigned realism, it drastically failed. Largely lackluster performances do not sell any convincing interpretation, and series heavyweight Jamie Lee Curtis is tragically underused. Meanwhile, Greer struggles to memorably shine in Curtis’ place. With no strong lead to root for and a directionless plot, the film loses the horrific magic the earlier “Halloween” movies nailed.

This misuse of characters is further hampered by Tommy Doyle (Anthony Michael Hall), a survivor of Myers’ torment from the 1978 film. Realizing the events from his childhood are repeating, Doyle galvanizes Haddonfield into organizing a mass witch hunt for Myers. This frantic groupthink mentality is an interesting direction that is ultimately wasted. Green clouds Doyle’s character with strange politics about authority and judgement that are never explored in depth, muddying “Halloween Kills” into a strange melodrama about Haddonfield.

Throughout the film, Doyle incessantly chants that Michael “is gonna die tonight.” If the audience has any knowledge that the “Halloween” series reboot is a trilogy with the upcoming final film already entitled “Halloween Ends,” they should know to temper their expectations for an anticlimactic and limp ending that leaves anything but a nasty mark. While “Halloween Kills” is a disappointing filler entry in the series, it does set up an exciting conclusion for the franchise.