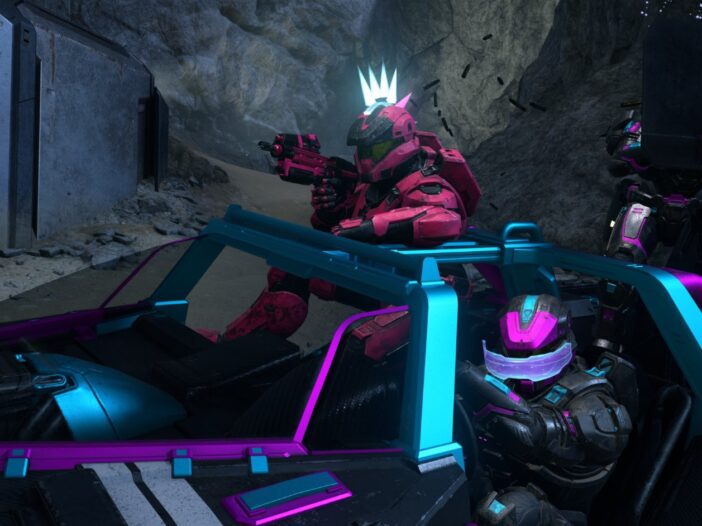 “Halo” is one of gaming’s most iconic franchises. Known for its compelling storyline and innovative graphics, it came as no surprise that “Halo Infinite,” the sixth mainline game in the series, was one of the most anticipated games of 2021, despite the franchise’s previous disappointing releases. Luckily, upon its release in December, “Halo Infinite” excelled both in its story and multiplayer modes. Undoubtedly, it makes a strong case for Game of the Year: an irreplaceable addition to the Xbox exclusive lineup.

The first-person shooter franchise tells the recurring story of a super soldier, Master Chief, defending humanity against alien invaders in the 26th century. The series remained the industry’s leading exclusive title for Microsoft’s Xbox consoles during the 2000s, but its popularity declined when original developer Bungie parted ways with Microsoft in 2007 and handed the reins to the newly created 343 Industries.

Under 343’s development, the series suffered. The franchise hit its lowest point in 2015 with “Halo 5: Guardians,” which was met with mixed reception from fans and critics alike. Long-time fans of the video game series complained of misleading marketing and plot inconsistencies that left them disappointed with the fifth installment.

In a bid to redeem the franchise, “Halo Infinite” was originally intended to release in November 2020 to coincide with Microsoft’s new Xbox Series X console. However, it was delayed a full year due to pandemic difficulties and fan backlash from its early footage.

Fortunately, the subpar visuals that angered and concerned fans in the game’s development stages were refined and rendered non-existent in the final product.

“Halo Infinite” captures the spirit of its precursor “Halo: Combat Evolved,” particularly in its environmental design, which mimics taiga forests and windswept plains. A first for the series, “Halo Infinite” is structured in an open-world design rather than linear levels, which ends up pushing the series forward, while feeling oddly nostalgic.

“Infinite” is solely centered on Master Chief, ditching the multi-protagonist format of its predecessor, “Halo 5.” After a space battle with a new alien faction called the Banished, Chief is forced to land on one of the titular Halo rings — ancient superstructures in space that hold the potential to wipe out all life in the galaxy with deadly pulses of energy. With the aid of his pilot and his artificial intelligence (AI) helper referred to as The Weapon, Chief must stop the Banished from activating the Halo ring, while also trying to uncover the fate of his original AI companion, Cortana.

Despite the plot’s exciting setup, the story is relatively sparse and at times confusing, containing many pieces of sci-fi jargon without much explanation. The open-world gameplay is so enjoyable, however, that the narrative flaws of the story take a backseat to the user experience.

Master Chief can embark on a wide variety of tasks on the Halo ring, ranging from seeking out alien artifacts to rescuing human marines from Banished captivity. Like the original trilogy, the rescued marines follow you and attack enemies, bringing a sense of leadership back to Chief’s role that “Halo 5” lacked.

The gunplay remains as stellar as ever, and the connective interactivity from Chief’s personal shields and melee punches brings new life to the super soldier fantasy game. Chief’s mobility is greatly improved from previous series’ entries, thanks to his new grappling hook that allows for near-unlimited traversal in the game.

Even if “Halo Infinite” only included its outstanding campaign mode, it would be an inter-galactic treat. However, the multiplayer mode of “Infinite” is available to download for free even to those who do not own the game, providing all Xbox players with arguably the best online play in the series.

You can easily lose countless hours in the multiplayer mode by practicing your aim, improving your kill to death ratio and generally becoming a better player overall.

The one blemish in the game’s multiplayer mode is its progression system. If you do not buy the “battle pass” add-on, obtaining armor skins and weapon decals through experience points can be agonizingly slow. Thankfully, 343 Industries recently improved the process of gaining experience points, suggesting they are receptive to players’ feedback.

Overall, “Halo Infinite” is a welcome return to form for the franchise, and a pronounced sign that 343 Industries finally understands what makes a good Halo game. The future is once again bright for one of gaming’s most recognizable franchises.