Along with the advent of the spring season and the panic-inducing pre-registration period, this past week has also brought the arrival of my good friend and Villa Le Balze roommate Claudia to campus. While we were at the Villa, Claudia decided to remain abroad for the entire year, enrolling last-minute in Georgetown’s second semester program at School of Oriental and African University of London. After spending three months away, Claudia appeared the same as always: emanating the study abroad glow, she regaled us with stories about the people in London and provided us with a rough outline of her global whereabouts for the rest of the semester – her next stop: Nice. As we reminisced over Il Canale pizza about our adventures in Italy and the pounds shed since then, I realized that the one who had changed since our semester abroad was, in fact, me. Cranky, exhausted and glowing — not from Mediterranean sunshine but from the fluorescent lighting of Lauinger Library — I asked myself if I had missed out on a once-in-a-lifetime opportunity to experience even more of the world by coming back to Georgetown.

I have decided that the answer is no. Besides the fun that I have had reconnecting with friends and exploring hidden gems in Georgetown, I am glad to have my feet planted back in my familiar surroundings for another reason: the job search. I hope to work in journalism and media, and so far, my internship application process has been slow, staggered and frustrating.

As Jeffrey Selingo explains in his article for The New York Times on April 5, a major shift is occurring in the millennial milestone timeline. According to Selingo, the rate of 19- to 24-year-olds who still live with their parents has gone up since the 1960s to almost 50 percent. Furthermore, the age at which college graduates are considered to have achieved financial independence has gone up from 26 to 30 years old since the 1980s. Most young people today have been raised to believe that if they can get accepted into a respected college, achieve good grades and graduate, they will immediately be hired and be able to support themselves. This expectation, however, is becoming less of a likely reality. More and more recent graduates are finding themselves unemployed. As a result, enrollment rates in graduate school programs have doubled; Selingo writes: “The master’s degree has become the new bachelor’s degree.”

In study abroad hot spots like Italy and Spain, young people stay in their childhood homes for what seems like forever to an American. For example, I met a tour guide in Sicily named Silvano who — at 43 years old — was just beginning to contemplate moving out in order to live with his fiancee. He decided against leaving the nest over the anxiety that his moving out would upset his 70-year-old mother. Silvano’s case, though entertaining and classically Italian, is not uncommon. According to Eurostat, the unemployment rate in Italy and Spain for 16- to 24-year-olds is 42 and 53 percent respectively, while the rate for the entire European Union is at 22 percent. Our rate in the United States is roughly 12 percent, according to the U.S. Bureau of Labor Statistics. Are we on our way to becoming like Europe, with our college graduates forced to remain in their parents’ basements for eternity because they cannot secure salaries that match their qualifications?

As a tougher job market drives our institutions of self-advancement to become increasingly competitive, many young Americans, whom Selingo names “the Wanderers,” are trying to avoid the European situation that I have just described — and to maintain some form of independence, if only physical — by taking time off after high school or college graduation to travel. As I contemplate the murky path of what my future career may or may not turn out to be, I take comfort from the examples of two of my favorite writers, who found solutions by turning to this Wanderer method. When things didn’t go according to plan, both Elizabeth Gilbert and Frances Mayes flew to Italy for inspiration and created their greatest successes there: the memoirs-turned-blockbusters “Eat Pray Love” and “Under the Tuscan Sun.”

Our careers and — more importantly — our lives are not defined by one semester in Italy or by one year in Europe, nor are they defined by any number of years at college and beyond. Who we are and what we achieve is the product of a colorful tangle of influences that cannot be reduced down to any one defining moment. Just like studying abroad, the future is an adventure, and the only way to face it is with an open mind. 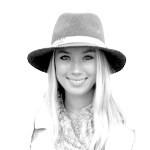 Elizabeth Harvey is a junior in the College. ABROAD WITHDRAWAL appears every other Friday.