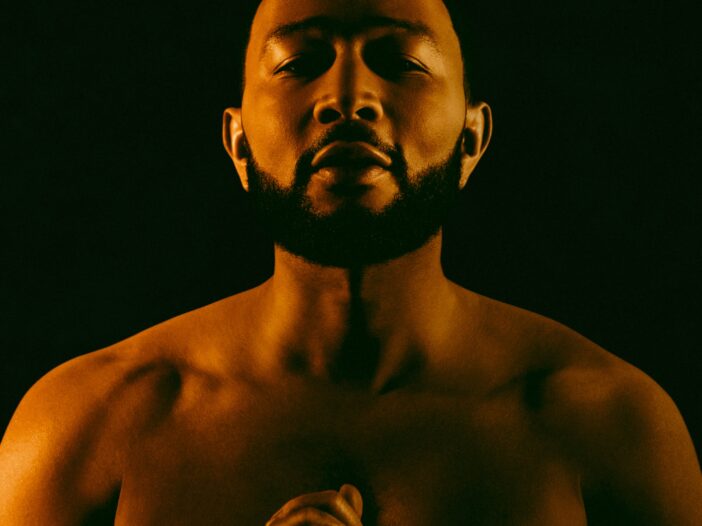 With a last name as dramatic as John Legend, the singer has finally produced a body of work strong enough to take on the weight of the words.

“Legend,” a two-part album of 24 emotionally charged tracks, brings some of Legend’s most vulnerable and sultry songs to date, featuring the likes of Jhené Aiko and Saweetie in a bid to live up to its name. Ultimately, however, his claim falters. “Legend” is strong, but it will not be remembered as legendary.

Legend has had an immensely successful career, garnering all four major American entertainment awards — the so-called EGOT, or Emmy, Grammy, Oscar and Tony — to make him one of the 17 people who have accomplished this feat. His 2013 song “All of Me” lasted on the Billboard Hot 100 list for 59 weeks, and it has remained a classic love song ever since.

The smooth vocals and gushy lyrics that have characterized his career shines on this latest work, his eighth studio album. If I were Chrissy Teigen, Legend’s wife, I would swoon at the soulful serenades filling the track list.

Legend opens Act 1 of the album with “Rounds,” a track dripping with lust and passion. Alongside Rick Ross, Legend deviates from the more wholesome love that many associate with him and opts for an unfiltered depiction of sex, using vivid imagery of “cotton candy fingertips” and “painted lips” that leaves little — or much — to the imagination. Backed by a percussion and guitar track, the song sets up a suave, confident feel that continues through the next few songs.

Track five, “Guy Like Me,” will get the listener up and on their feet to dance as he employs some of his smoothest vocals and cheesiest pickup lines: “On a scale of one to ten, you more like an eighty.” In terms of vocal talent, Legend reminds us of the reason he has received so much acclaim over the years, as his voice blends perfectly with the instrumentation and samba background.

Woven within these Legend classics, however, are tracks that feel a bit overproduced, checking off all the boxes for a successful song but lacking the raw emotion that makes him so beloved. “Fate,” featuring Amber Mark, exemplifies this trend; despite the haunting trumpet and saxophone behind the piano and drum main line, the song feels too formulaic for someone as talented as Legend. The swell to the chorus doesn’t feel as authentic as later tracks, and the vocals don’t feel supported by the synthesized instrumentation.

In the final track of Act 1, “All She Wanna Do,” Legend brings Saweetie into a track in an obvious bid to produce a club-style dance track. Legend scraps a dramatic rise leading to the chorus and opts for a headfirst dive into the “fun” part. In turn, Saweetie steals the attention and makes Legend seem like the guest on his own track. Don’t get me wrong, if this song comes on anywhere, I will be dancing as John Legend tells me to, but in an album branded with his moniker, Legend should not lose his presence on the album.

Act 2 of the album sees Legend’s more romantic tracks, featuring stunning piano and string accompaniments in heartfelt displays of affection to his wife. The second track, “Nervous,” details that butterfly feeling you get from someone you love, forcing you to go back and listen to the track just one more time.

It’s impossible to criticize John Legend when he does what he is known for: the elegant, tear-jerking love song. “I Don’t Love You Like I Used To” seems like it would be a falling-out-of-love heartache but instead details how through the course of his marriage, his love for his wife has deepened and changed.

This mature perspective of love and marriage sets Legend apart from his peers, moving past songs about beauty and affection into true vulnerability and reflection.

“Legend” is a 24-track powerhouse of arrangements composed of Legend’s undeniable vocal and lyrical ability. He crafts an old-school, soulful feel to his album, complete with brass and guitar accents underscoring his powerful croon.

Where he falls short is his attempt to modernize the groove he had near-perfected. He falls prey to the allure of radio music in a few tracks and loses his hold on his own music in the process. While these synthesized tracks do not diminish the masterpieces he has created, they detract from the immersive experience of a John Legend album.

Overall, “Legend” is a beautiful album that has much going for it but includes a few sour notes. Maybe Legend’s legendary album comes later in his career — just not right now.