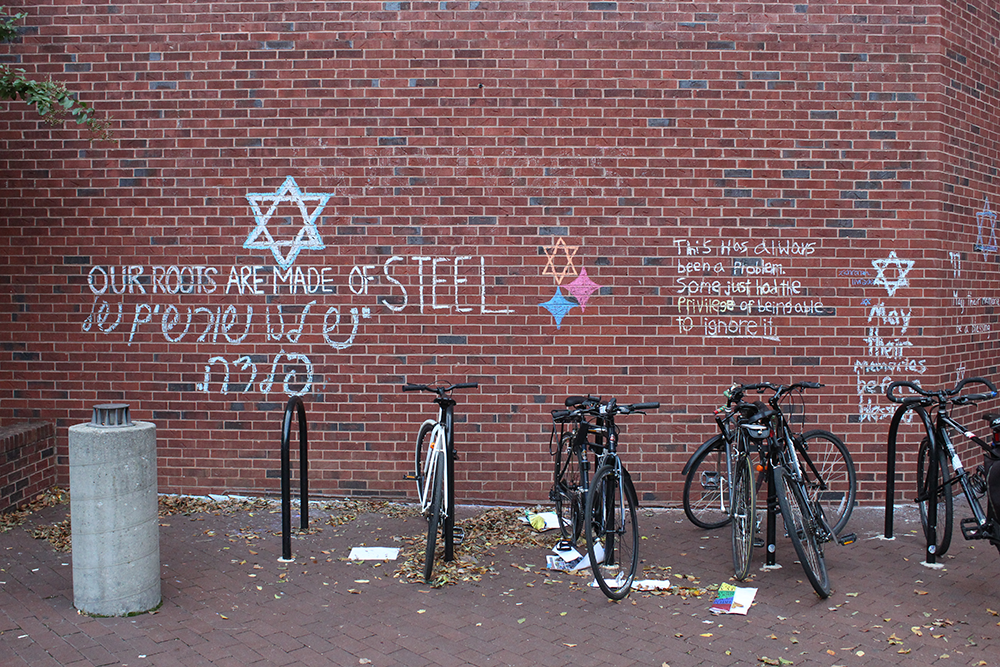 Hate crimes increased by 275 percent on Georgetown University’s campus, according to the university’s 2018 Annual Security Report.

U.S. Department of Education’s Clery Act defines a hate crime as “a criminal offense that manifests evidence that the victim was intentionally selected because of the perpetrator’s bias against the victim.” The categories of bias under the law include race, gender identity, gender, religion sexual orientation, national origin, ethnicity or disability.

The increase in hate crimes mirrors a broader trend across college campuses, according to university spokesperson Matt Hill.

“An analysis of last year’s data reported under the Clery Act showed a 25 percent increase in hate crimes nationwide on college campuses between 2015 and 2016,” Hill wrote in an email to The Hoya.

The Metropolitan Police Department also reported a 170 percent increase in bias-related crimes citywide from 2015 to 2017, spiking from 66 incidents to 178.

GUPD encourages any university community member to report crimes or suspicious behavior, according to Hill.

“We have re-trained every member of our police department on how to respond and investigate bias-related crimes,” Parson said in an interview with The Hoya. “We’ve also done a significant amount of work in many of our most likely targeted communities for bias-related crimes, and because we are building trust and a relationship with those members of the community, they are probably more likely to report their victimization now than they were before.”

Parson believes the path to prevention starts from the ground up, focusing on community and its role in educating its members.

“The prevention of bias-related crimes starts long before the crime actually is committed,” he said. “That is the responsibility of our community — of parents, teachers, clergy people, neighbors, friends — to make sure that we are raising individuals who do not act out upon their prejudices or their hatred.”

Only bias-related incidents that meet the U.S. Department of Education’s Clery Act definition of hate crimes are reported in the Annual Security Report. However, Georgetown University tracks and responds as needed to all bias-related incidents reported to campus officials through GUPD, the Georgetown University Bias Reporting System and relevant campus administrators.