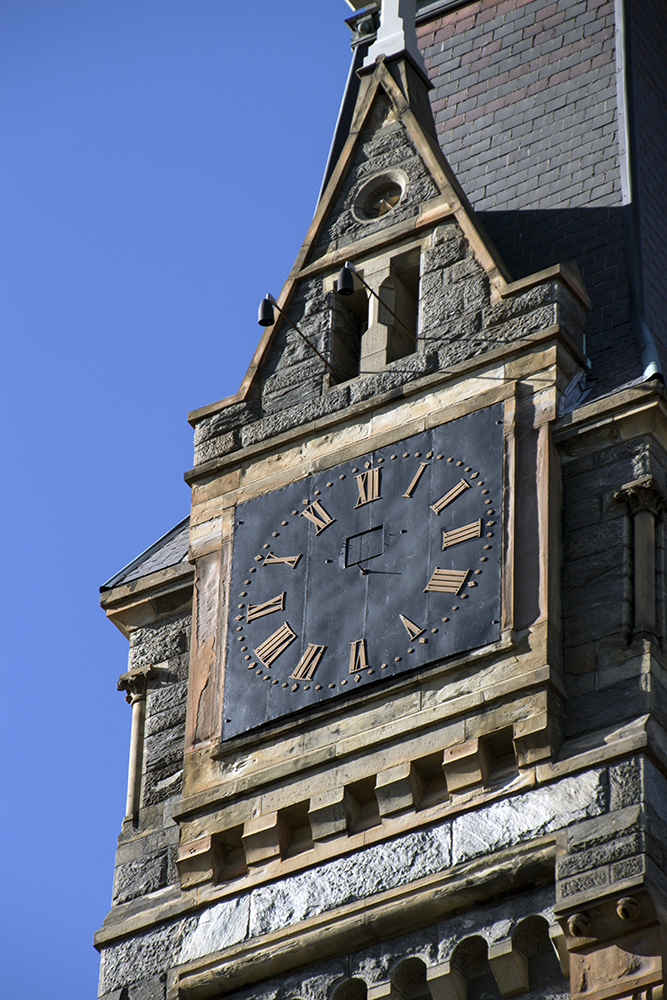 The bells of Healy Hall will ring as part of a national commemoration of the 150th anniversary of the end of the Civil War on Thursday, April 9.

The bells will toll for four minutes — one minute for every year of the war — beginning at 3:15 p.m.

In a commemoration organized by the National Parks Service, the bells of Appomattox Courthouse will begin to ring at 3:00 p.m., 150 years to nearly the exact time when General Robert E. Lee and the Confederate Army officially surrendered to General Ulysses S. Grant and the Union Army in 1865. Participants across the nation will follow fifteen minutes later.

NPS Park Ranger Eric Campbell said the idea to organize a national commemoration reflects the historical significance of the Civil War for the entire country, beyond the regions where these milestones in the war took place.

“We thought that we would try to send a message nationwide to have people recognize how significant this moment was. Essentially, when you boil it down, the Civil War is one of the pivotal moments in American history. It creates the country we live in today,” Campbell said. “We wanted to try and end the commemoration with some kind of nationwide event so that people would pause and reflect on that.”

While the National Parks Service does not have a count of how many locations will be participating, Campbell said this number is noticeably increasing every day.

“It’s growing and we won’t know anything close to the exact number until it’s all over … but it has to be in the thousands,” Campbell said.

Additionally, Ford Theatre, where President Abraham Lincoln was assassinated six days after the end of the Civil War, is organizing a citywide bell tolling on April 15 to mark the 150th anniversary of Lincoln’s death. Director of Media Relations Rachel Pugh said Georgetown currently has no plans to participate.

Churches in the District of Columbia rang their bells at 8 a.m. in 1865 after the assassination in remembrance of Lincoln’s life.

“As this was the United States’ first national tragedy, we would like to invite organizations across the District to participate in an upcoming historic event in which all eyes, both domestically and abroad, will be focused on this one moment in history,” the Ford Theatre said in a press release.