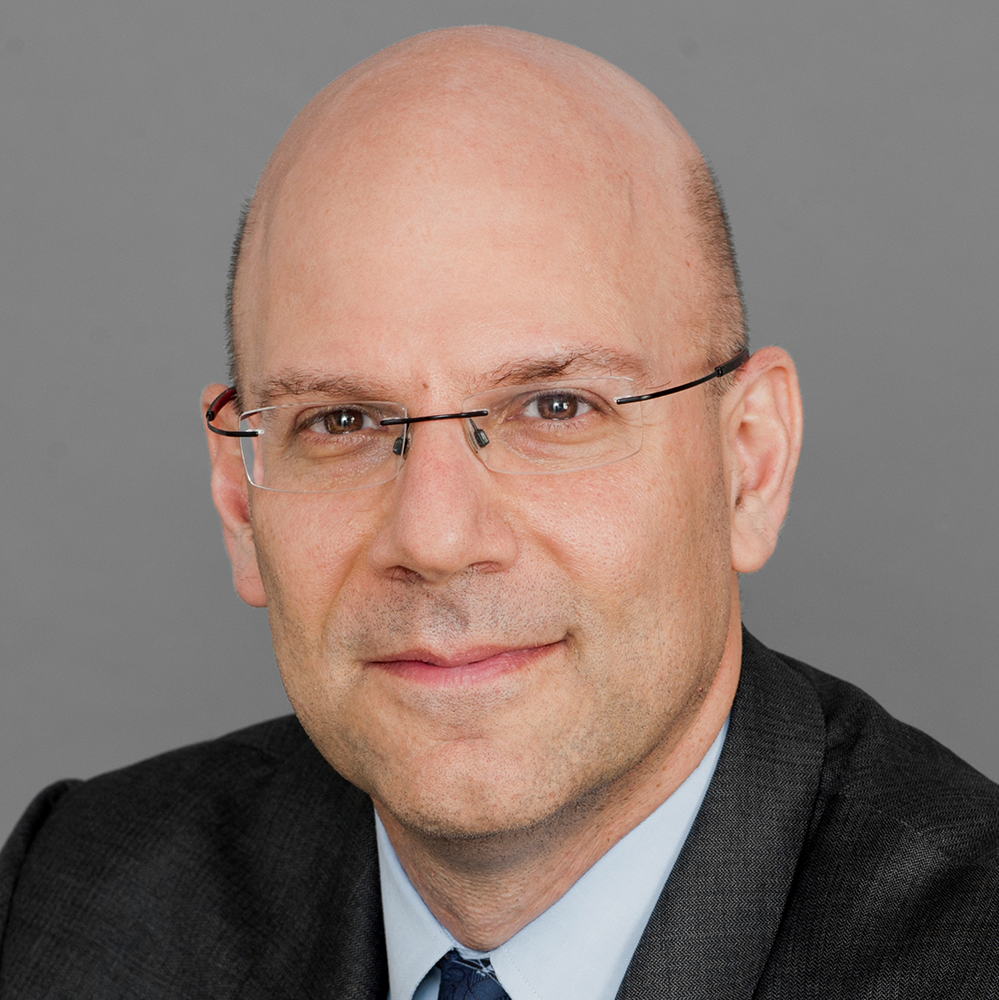 World Bank Chief Institutional Economist Joel Hellman was selected as the new dean of the School of Foreign Service, blending experience in academia and development practice to steer the school into its second century. Hellman will assume his role July 1.

He will succeed SFS Interim Dean James Reardon Anderson, who assumed the position in November 2013 after Dean Emerita Carol Lancaster (SFS ’64) was diagnosed with a brain tumor. Lancaster died Oct. 22, 2014, at the age of 72.

“We believe that by building on our foundation, Georgetown can make unique contributions in the context of the increasingly complex and interconnected global landscape that we face,” University President John J. DeGioia wrote in a campus-wide email announcing the decision on Tuesday. “As we imagine our future ahead and seek to engage in ever deeper and more meaningful ways with these issues, we look forward to working with Dr. Hellman to lead the SFS into its next hundred years of excellence.

A Fusion of Academia and Practice

Hellman left his career in academia in 1997 to become a senior political counselor at the European Bank of Reconstruction and Development. In 2000, he joined the World Bank, where he initially specialized in the European and Central Asia region, before serving as an adviser in the bank’s Indonesia office. There, he coordinated the World Bank’s response to the 2004 tsunami in Aceh, Indonesia.

After serving in Asia, Hellman assumed the role as the World Bank’s first director for the Global Center on Conflict, Security and Development in 2011. Based in Nairobi, Kenya, and the District of Columbia, Hellman played a large role in managing global development.

Hellman currently serves as the chief institutional economist for the Governance Global Practice at the World Bank, specializing in governance and institutional reform, which he also studied as an academic.

“While we are sad to see Joel leave, this is a remarkable opportunity for him to serve at a distinguished university. I am confident that Joel’s energy, vision and intellect will be put to good service at that venerated institution,” World Bank Governance Global Practice Senior Director Mario Marcel wrote in an email to World Bank staff. “He has long been among the most articulate and visionary staff … and his wit, wisdom and insights will be missed.”

The university is currently collaborating with the World Bank on the two-year Global Futures Initiative. According to Mortara Center for International Studies Director Kathleen McNamara, who served on the selection committee, Hellman also coming from the World Bank was “a happy coincidence.”

SFS Faculty Chair Jeffrey Anderson, who interviewed Hellman and the other final candidates, said that Hellman’s background, which blends practical policymaking experience and academic scholarship, made him an attractive candidate for the position.

“It’s pretty striking how varied and rich his background in international affairs is as a practitioner,” Anderson said. “He also has very strong credentials as an academic. … He made the decision to go into development work, but by the time he left [academia], he established a reputation for academic excellence that is still with him today. For colleagues here in the school, I think they will see him as a wonderful choice on the scholarship front.”

McNamara echoed Anderson, pointing to Hellman’s extensive global knowledge and tangible experience in policy. In the past 20 years, Hellman has worked in over 50 countries and four continents.

“[He has] connections, relationships that he’s built. He spent a lot of time in India, he’s worked in Africa, Asia [and] Latin America,” McNamara said. “As we think about what are the emerging regions in the future: He’s going to have on-the-ground experience — even stature — with groups abroad, having already served so very ably in exactly the sort of places we’re going to be wanting to make sure that we are engaged.”

Vision for the SFS

In 2019, the SFS will celebrate the centennial anniversary of its founding. As the new dean will preside over the school during the occasion, the landmark milestone guided Hellman’s selection. The selection criteria demanded someone with a vision for the school over the next century, according to Provost Robert Groves.

“We wanted someone who could lead and coordinate faculty and staff and student discussions about looking back on the first 100 years and looking forward to the next 100 years of the school and how we can use this fantastic moment in history and really propel the school forward,” Groves said.

The opportunity to consider the future at the 100th anniversary was attractive to Hellman, as well, who saw the centennial as a unique moment to reflect.

“I’m in an enviable position,” Hellman said in an interview with The Hoya. “First, building on a school that already has strengths that are widely recognized but also, because of the centenary, having this opening to really think through what the next 100 years are going to look like or should look like, and what changes need to be made. That doesn’t often come along in the history of most schools.”

When Hellman explained his vision for the direction of the SFS, he emphasized that planning for the future must be a collaborative process.

“What I’m going to do is really reach out to all the different parts of the SFS community and listen to what they think are some of the key issues, some of the key pressures, some of the strengths and what needs to be addressed,” Hellman said. “Obviously, coming in from the outside, I have experiences that I want to share in discussion, but it really has to be based on a collective vision.”

After participating in conversations with SFS leadership, Hellman said that he primarily wanted to increase levels of collaboration at three different levels: first, between professors of different disciplines on research questions; second, between regional studies programs within the SFS; and third, between the different schools in the university.

“I think there is an openness of everyone I’ve spoken to at Georgetown of thinking more creatively about how [integration] is done in a way that preserves the strengths of the individual programs but also integrates global understanding,” Hellman said. “I think those are things that we will have conversations about with the students, with the faculty, with the staff, and see what possibilities there might be to look for linkages.”

Steven Radelet, chair of the Global Human Development program, which launched in 2014, expected Hellman to continue supporting the exploration of the grand questions of development.

“I suspect that Dean Hellman will continue to support that program, both given his own personal interests in development but also because of the recognition of how important development issues are in the future of the world economy and the world political system,” Radelet said. “It makes sense for the school to continue to build in this direction.”

As a specialist in governance and development, Hellman follows the legacy of Lancaster, who focused on issues of development and poverty reduction throughout her career.

“Carol was beloved by many colleagues here. We are still grieving her absence. She was a wonderful colleague and we miss her. Her great effort, her legacy is connected to programs involving global human development,” Groves said. “If you think about Joel’s work, if you just examine what he has been doing at the World Bank, it is indeed that. In a way, although it wasn’t planned, we have the next dean who, from everything he thinks about and cares about, is really quite consistent with the legacy that Carol left us. I expect good things on that front.”

The extensive search process for a new SFS dean began in early fall, when DeGioia appointed an executive search committee of 17 individuals, including professors, university officials and undergraduate and graduate students.

The committee utilized the recruiting and consulting firm Witt/Kieffer, which Georgetown previously used to hire Groves and fill dean vacancies in the School of Continuing Studies and Georgetown University Law Center, to manage the search. Witt/Kieffer members declined to comment on the selection process, as the proceedings remain confidential.

McNamara said that they searched for candidates with tangible academic experience, in addition to real-world practice.

“As a committee, we were certainly very concerned that whichever name we sent up to the president, we made sure all of them understood the DNA of academic life,” McNamara said.

After an initial screening from Witt/Kieffer, the committee conducted preliminary and second-round interviews to narrow the pool to a small group of finalists. Stent said that this smaller group visited the School of Foreign Service campus in Doha, Qatar, but because of the confidentiality of the search process, could not provide details on the number or names of finalists.

Murday, the only undergraduate student on the committee, said that she served to provide a unique perspective during the deliberation process.

“[SFS undergraduates] have a specific set of concerns and a specific set of experiences that no other stakeholders, no other members of the committee have,” Murday said. “So [I was] making sure that not only was the candidate qualified in academic and professional regards, but also qualified as someone who would be there for students.”

After deciding on the list of finalists, the committee sent its top three recommendations to DeGioia and Groves, who both interviewed each candidate individually.

Groves said that he looked for three main attributes: an innovative mind, experience in both worlds of academia and practice and an ability to involve the community in discussions about the future of the SFS.

“President DeGioia and I discussed the three after each of us interviewed the three separately,” Groves said. “We sort of got our heads together and in that capacity, I was sort of advising him with regard to how I absorbed the different search committee input and my own feelings to help him make his decision.”

DeGioia, ultimately, made the final decision after consulting with university leadership and notified Hellman last week. Hellman visited campus Tuesday, the day of the announcement, to meet with faculty and staff.

Hellman currently lives in Washington, D.C., with his wife, Sharon, and his 18-year-old daughter, Isabel.

“We have two stray cats from Jakarta and one stray dog from Delhi,” Hellman wrote in an email to The Hoya. “We live in the Palisades just a few minutes Vespa drive from campus.”

Hellman will assume his position on July 1. He said that he hopes to meet with as many SFS faculty members and various stakeholders as possible in the coming months, a prospect made easier by the proximity of his current job at the World Bank, just a Vespa ride away on Pennsylvania Avenue.

In addition to his responsibilities as dean, Hellman also plans to teach a course on corruption. Reardon-Anderson currently teaches the required Map of the Modern World course, and Lancaster taught a freshman proseminar on ethics and global development while serving as dean.

“I’m very excited about returning to teaching,” Hellman said. “One of the early conversations I want to have with the faculty and the administration is, how quickly can I get back into the classroom?”