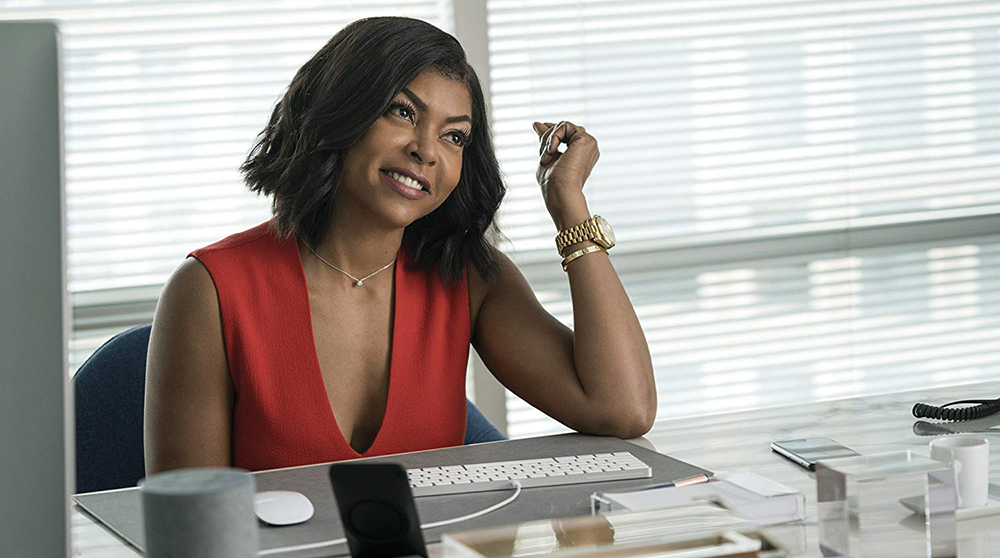 “What Men Want” is refreshing and honest; it delves into issues that the film industry and the world have been constantly grappling with. A reimagining of the nearly 20-year-old Mel Gibson film “What Women Want,” the remake uses the premise of accidentally gaining the ability to read the opposite gender’s mind to explore and expand upon the flip side of the original’s narrative.

The film is led by the captivating and hilarious Taraji P. Henson as Ali, a fierce, no-nonsense black woman and sports agent in an office of white men. A cast of strong comedic talents back Henson, including Tracy Morgan as an overzealous father to the basketball star Ali is dying to sign, Aldis Hodge as a grounded single father and Ali’s love interest, and Wendi McLendon-Covey as a rap groupie-turned-Christian devotee.

“What Men Want” takes its place among ever-widening discussions of structural racial and gender inequality in Hollywood and its most prominent films.

The Hoya sat down with Henson and director Adam Shankman to discuss the film, the process of bringing this familiar premise into the modern climate and the future of diversity in Hollywood.

This film is a loose reimagining of the Mel Gibson film “What Women Want.” What was the process of adapting this film and making an original film out of that premise?

Shankman: They went to Paramount, opened a new division and were exploring their library. Brian Robbins was running the division and thought that it was an interesting idea.

Robins called Will Packer and said if we’re going to do this, it has to be one and only one person, and that is Taraji P. Henson. He said she was ripe and ready because she’d been hammering at him to do something funny. They went and courted madam over here. … What did you say to them?

Henson: I said, “Hell yeah.” I was honored that they even thought of me. Brian Robbins and Will came to me in Chicago and didn’t have a script at the time and I said, “Well, this could be really good. Looking at the climate and what we’re dealing with, if we stick to dealing with that and making people laugh, then I think we have something.”

So they went away and promise me they would write a great script and then brought it back and I was like, wow, what an amazing notion to have her be a sports agent with all these men and trying to make partner. I just thought it was brilliant, and as I was reading it, I knew it was perfect. How we were dealing with the subject matter — it was really art imitating life.

I loved the heart that was in the movie. All the rom-coms and comedic films, all the ones that stick to me are the ones that have heart. The ones where you’ll be laughing and all of a sudden you’re on the verge of crying. I was interested in doing a comedy like that and that’s what this script was. I got excited when I got it, I knew it was the one.

When reading that script, what spoke to you about your character, Ali? What came through to you?

henson: The fact that she thought she was gonna cheat … that she thought it would be that f–king easy. And she had to learn, that is life. That is what I’m always preaching. You have the power, it’s all in you. … She always had the power but she used it wrong. She thought she had to be a boy. And it’s never about matching masculinity with masculinity. That’s where women go wrong. God made us the way he made us for a reason—

Henson: I’d rather fight like a girl because we have things that men do not have.

Shankman: You have a deeper sense of empathy.

Henson: Yes, empathy, intuition. … We know how to love unconditionally, how to forgive, things men have a hard time doing and they don’t know what to do when we come at them like that. They don’t know how to process. That was the beautiful thing for her to find in her journey, herself, it wasn’t about a man’s validation, at the end she gets the moment but it’s like it’s not even about that now.

This film, in part, works so well because you’ve brought together such a dynamic cast of men and women, how crucial did that part of the process feel to you and how did you know when you had procured the right group of people to make this film stay as lively and electric as it does?

Shankman: Oh my god, it’s everything… Every director lives and dies by their cast. Any director worth their salt will say the painting is only painted with good paint and it ends up guiding you.

Henson: Cause it’s the first day and whatever you do is etched now, it’s there because it’s on film.

Shankman: But bringing everybody together, what made it easier was knowing who I was starting with – Taraji – and I called you about pretty much everybody. Like I knew you were gonna be happy about Richard Roundtree. There was a lot of back and forth about who was gonna play Will. And you were like you’ve got to look at Aldis Hodge.

Henson: See, I knew he was funny, I had never really watched a lot of his stuff but I knew he has that super star quality… he has that extra thing, he pops. I sent over an interview he was in, just him being him and said you see how charming he is? We need the audience to love him for that guy. Just him being him… the audience is gonna like him, because you like him in life and that’s important when casting. And also, everybody had to be funny, everybody had to bring their funny, when you have a successful comedy there’s not one weak link, you can name them and go down the list, everybody brings their A-game. I don’t wanna see a movie where there’s one great actor hauling everybody on their backs.

Shankman: Casting [Henson’s] girlfriends was very important, the first person we actually cast after [Henson] was Tracy and when I cast him he actually cried. He said, ‘you’ll let me in this movie? I promise I’ll do whatever you need.’ And by the way that was crazy cause I’d never met him before and we’re sitting at the St. Regis hotel in L.A.

Henson: I mean you have to think about it, he had a second chance at life.

Shankman: Yeah, and after him the last person was Josh Brener who played [Henson’s] assistant which was the real love story in the movie for me.

Henson: He was a scene stealer that one. I don’t ever read reviews of my work but my agent said Taraji you have to read this review and they singled him out. With every eye roll or whatever he had a witty comeback. And we were very interested in honest representation across the board…this guy wasn’t flaming, he had stats in his head, he wanted to be a sports agent, and his sexuality didn’t have anything to do with that.

Were there any improv moments that made their way into the final cut of the film?

Shankman (Laughing): They all made their way…We did always shoot the scripted material but I will tell you this, almost nothing Wendi McLendon-Covey says in the movie is scripted. Her character had no interest in Jesus in the script. She was scripted as a country club mom who when she was in college had f—-d every rapper that had walked in front of her. And she was like I’m okay with that but I need to do it my way.

With Ali’s situation, as far as being in a male-dominated industry and trying to make it through not just as a woman but as a black woman, I was wondering if you saw any parallels to yourself navigating hollywood?

Henson: Yes, every deal I’m fighting for my money, or having to prove that I’m worth it. And it’s always a fight, it never ends. And I could never understand when I was a young aspiring actress and would see the greats before me go ‘I’m still fighting’ and thought it couldn’t be true. When you’re on the outside looking in, when it looks like they have so much…so yeah I’m still fighting.

Shankman: I’ll tell you this, if you know any young black women who are interested in becoming directors, now is your time, particularly television is ahead of it. But we cannot fill enough slots for who actually is there. If you are a black woman director in television right now, you are working, movies still have a ways to go, movies still have a way to go but they’re catching up.