Ah, male friendship — just like dating, but with less handholding and sometimes more cuddling, depending on the companion. These friendships are especially formative for men as they prepare to go out in the world. When I think back to my days of youth, I cannot help but be struck with memories of afternoons spent biking around the lake with my friend Brian, mornings spent making pancakes with my pal Cole and evenings spent journaling about how good those memories would be as fodder for the introductory paragraph of a collegiate newspaper column. Ah, the glory days.

Male companionship can be hard, however, as captured by the lauded 1980 sitcom “Bosom Buddies,” in which Tom Hanks and Peter Scolari play two men who dress in drag in order to maintain their apartment in a women-only hotel. Actually, wait — I really just wanted to point out that this was actually a television program. CBS actually made two-time Oscar-winner Tom Hanks act in a sitcom in which the entire premise was, “wouldn’t it be silly if these men dressed up like ladies?” Guess what they named their fake women-only hotel? “The Susan B Anthony Hotel.” Really subtle, CBS Studios.  Take your Billy-Joel-written theme song — again, not a joke — and get out. Anyway, back to this example. Men’s relationships are strong, and sometimes we dress like ladies. I believe that is where I was going.

Regardless, perhaps you are looking to acquire a male friendship for yourself. Maybe you are looking for someone to give a sweet high-five to after finishing a fresh, cool Budweiser, as this is something that I am told men do. Then, let me help you discover the elusive ballet that is male friendship. Here are a few tips and pointers:

Sports! Men just cannot get enough. Whether it is foot-sport, basket-sport or base-sport, sports are something men love to talk about. I was at a splendid Lady Gaga concert this past fall, and did not understand why so many of my male friends had joined me for the performance. As it turns out, I was at “Superbowl LI,” one of the largest sporting events of the year. Lady Gaga was actually some sort of an intermission performer, rather than top bill. Needless to say, I was shocked. It did not even have the patriotic falconry show that was promised to follow.

Tip 2: Did Someone Say Emotions?

No. No one did. That is because men do not like emotions. Based on the research I have conducted, men do not accept emotions as currency. I have cried in front of many men, from football coaches to middle school gym teachers to mini-golf instructors. They were not swayed by my tears. I still had to run the mile, climb the rope and putt through the windmill.  Men are emotionless hell demons; tailor your relationships accordingly.

It is very simple — men love loud noises. From the sound of race cars to the blasting of fighter jets, loud noises are male friendship gold. Make sure your male relationships are dominated by loud sounds. Sometimes this means the occasional “whoop” in mid-conversation or a subtle “yeehaw” upon hearing satisfactory news. For example:

“Huh, apparently the gas tank is on the left.”

Now that is male emotional support. And if you run into an uncomfortable silence with your male friend-partner, consider blasting Keith Urban’s “Long Hot Summer” through the nearest stereo. All men love this.

Now there you go, chief! Watch the male friendships roll on in like the tide!

This is also my final column with The Hoya, so if you have any questions, I am available at [EMAIL WITHHELD] or [PHONE NUMBER WITHHELD]. And if they block out my number, then you can go tell them to [VAGUELY-WORDED THREAT WITHHELD]. 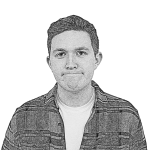 Alex Mitchell is a junior in the College. HIGH-FUNCTIONING FAILURE appears every other Friday.