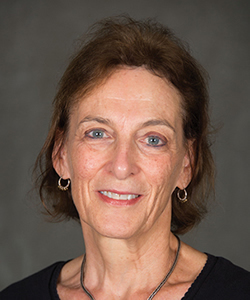 Tucker will be awarded the American History Association (AHA) Award for Scholarly Distinction, which is given to senior historians for lifetime achievement in the field, for her work studying Middle Eastern history. Following the Oct. 24 announcement, winners will receive their awards at the annual AHA meeting, which will take place in January.

Tucker joined Georgetown’s history department in 1993 and spent four decades teaching at Georgetown prior to her retirement in May 2022. Tucker was a professor of history and also served as the former director of the Master of Arts in Arab Studies program. Tucker said throughout her career, she focused on the intersection of gender and Middle Eastern history, publishing numerous books on the topic.

Tucker said she became interested in women’s history and published her first book covering women in 19th century Egypt in the 1980s, at a time when women’s history was still an under-researched topic in academia.

“Women’s history was just finding its feet, I think,” Tucker said. “ There was not a single monograph about women’s history in the Middle East.”

According to Tucker, as her career progressed, she explored gender patterns and how social change impacts the development of law, particularly Islamic law, and aimed to broaden women’s history beyond a solely western focus.

“My initial interest was just trying to adjust western women’s history, which didn’t necessarily ask the right questions when it came to the Middle East, but at least it was a point of departure, a springboard of sorts to get into Middle East women’s history,” Tucker said.

“She created a great atmosphere, bringing together different perspectives while guiding discussions with thoughtful questions grounded in the readings,” Lohman wrote to The Hoya. “I always felt like Tucker’s main goal was helping our learning instead of stressing us out with strict requirements or bureaucracy.”

Tucker said that while she was initially surprised to receive the award due to the AHA’s previous focus on historians who research U.S.-based issues, she is honored to be recognized by fellow historians.

“To be recognized for contributions you’ve made over the course of your career, which is what this award is about, was needless to say, I felt very, very grateful,” Tucker said. “I felt seen, perhaps, in a way that I had not felt before. That’s kind of huge to be seen by my history colleagues.”

In Spring 2021, Tucker received the Georgetown Career Research Achievement Award and Distinguished Achievement in Research Award, which similarly honored the work Tucker had done in historical scholarship throughout her time at Georgetown

Georgetown history professor Osama Abi-Mershed, who worked with Tucker at Georgetown, said Tucker’s work has played an important role in the promotion of women’s and human rights across the globe.

“While the AHA award acclaims historians ‘who have spent the bulk of their professional careers in the US’, it is equally important to highlight Professor Tucker’s global stature and outreach through her widely acclaimed publications, her public conferences, and her activist involvement in promoting women’s and human rights,” Abi-Mershed wrote to The Hoya.

Tucker retired from teaching in May. Tucker is currently working with two colleagues from Georgetown on a textbook for women’s and gender history, aiming to create a guide Tucker wishes she had when she taught courses at Georgetown.

“I’m currently working on a textbook on women’s and gender history,” Tucker said. “When I taught the 099 for those years, there really wasn’t any textbook for this subject, that actually really lends itself to teaching a survey like this.”

Abi-Mershed said the Georgetown history department honors Tucker’s work studying the Middle East and North Africa (MENA) and is proud of her achievement in receiving the AHA Award for Scholarly Distinction.

“Her impact on historical studies of the MENA is rigorous, profound, and unmistakable, and we are honored to join the AHA in recognizing and celebrating her professional excellence and academic stature,” Abi-Mershed wrote.