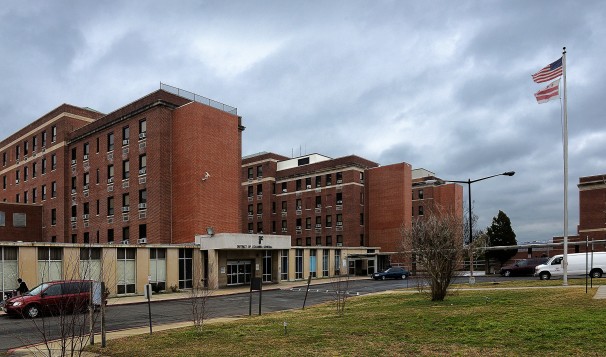 After nightfall on Jan. 24, Cameron Hull (COL ’18) searched the streets of the Georgetown neighborhood for figures lying in the darkness. As the temperature dipped into the 30s, she tallied the number of homeless individuals she encountered over three hours, conducting a survey of each and offering them snacks, socks and gloves to stave off the cold.

Hull was one of hundreds of volunteers who participated in Washington, D.C.’s Point-in-Time count, an annual effort on behalf of the U.S. Department of Housing and Urban Development to physically count the number of homeless people in cities across the country on a single night in January. Georgetown University’s Center for Social Justice and the Georgetown Ministry Center, a local charity serving chronically homeless individuals, coordinated the count within the Georgetown community.

The annual count brings student participants to face a vision of D.C. that is often shielded from those on campus, Hull said.

The results of the D.C. count — set to be released in May — will provide a snapshot that contributes to the country’s most comprehensive estimate of the national sheltered and unsheltered homeless population. But they will also reveal how effective the policies of Mayor Muriel Bowser (D) — who has touted ending homelessness as a top priority since her 2014 election — have been in battling the city’s shortage of affordable housing.

Homelessness by the Numbers

A week after the District released the results of its 2017 Point-in-Time count last May, Bowser celebrated the progress her administration had made toward making homelessness in D.C. “rare, brief and non-recurring.”

But the figures belied the fact that Washington’s homeless population of 7,473 was higher than the 7,298 individuals reported during Bowser’s first year in office in 2015. A 2016 report by the U.S. Conference of Mayors found Washington, D.C., to have the highest rate of homelessness of any U.S. metropolitan area, with 124 out of every 10,000 residents experiencing homelessness.

Housing First prioritizes finding permanent housing for individuals experiencing homelessness without preconditions such as sobriety or treatment, which has helped those trapped in long-term homelessness as a result of substance abuse or mental illness.

“If we get people into a more stable condition by putting them in housing, it leads to overall better outcomes,” Hartley said in an interview with The Hoya. “That’s been true in D.C., and not that it’s been completely eradicated, because we’re dealing with a difficult, service-resistant population, but we’ve seen it in our program, thanks to the mayor’s Housing First policy and all of this money that’s been allocated to vouchers.”

For James Davis, who has been homeless since 2003, the Housing First policy represents a positive improvement since it allows individuals to address underlying conditions that entrench people in chronic homelessness.

Davis himself grappled with a chronic depression that left him homeless after the death of both his parents, a divorce and the loss of his job within a two-year period.

Housing Prices on the Rise

A key culprit driving D.C.’s high homelessness rate is the dearth of affordable housing for poor families, a trend which has seen soaring housing prices — pricing out longtime residents with the arrival of affluent newcomers.

Leonard Hyater Jr., who became homeless after losing his job, said affordable housing is the most pressing matter the city needs to address to combat homelessness.

“They’re taking people out of their homes, they’re moving the undesirables and moving the rich people in,” Hyater said. “I call that gentrification.”

Hyater now resides in the New York Ave. Men’s Emergency Shelter and works as a vendor for Street Sense Media, a D.C.-based newspaper covering issues of homelessness and poverty.

Faced with the prospect of a housing affordability crisis, Bowser pledged in December to invest $500 million in affordable housing and joined mayors and CEOs from across the country this week to build public-private  solutions.

Bowser also announced her intention on Jan. 21 to make good on a promise she made in 2014: to permanently shutter the dilapidated D.C. General Hospital shelter by the end of the year and replace the facility with smaller shelters in all eight wards.

The D.C. General Hospital, long plagued with complaints of poor sanitary conditions and internal dysfunction in a facility overcrowded with 250 families, gained notoriety after the 2014 disappearance of eight-year-old Relisha Rudd from the converted hospital.

Although Davis said he supports the decision to tear down the D.C. General Hospital given its history of problems, he remains skeptical that constructing eight new shelters will address the deeper crisis of affordable housing in D.C.

“The answer is more housing,” Davis said. “When you say affordable housing, you get the development of people building high-rise condos, but you keep people out by saying you’re going to put a certain amount od affordable units in a building. It’s not accessible to people.”

The Sting of Stigma

Georgetown Ministry Center’s Communication Manager Carolyn Landes said another obstacle to surmount is the stigma that surrounds chronic homelessness, particularly from those who find themselves on the streets as a result of mental illness.

“It is important to remember that when someone is homeless, and especially in the population where we serve, it’s never because they choose it,” Landes said. “We liken our population to somebody that maybe has a terminal or chronic illness. If it were a cancer patient, it wouldn’t be someone we would let languish on the street.”

Hull said participating in the Point-in-Time count inspired her to reexamine the way homeless individuals are often dismissed in society.

“When I first became homeless, I was treated like I was less than human,” Hyater said. “It wasn’t pleasant. An individual will raise their voice at me, or he or she will think they can just talk to me in any kind of way. To me, that’s very disrespectful.”