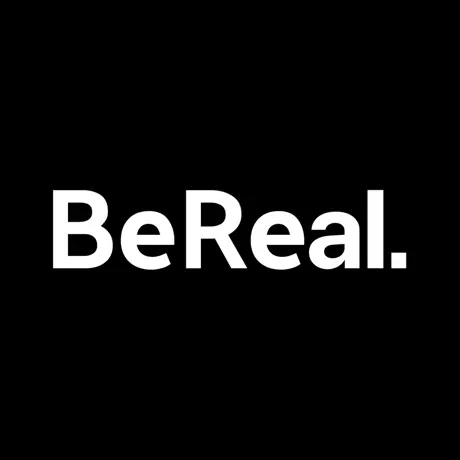 “Two minutes left to capture your BeReal and see what your friends are up to!”

This notification graces the phone screens of almost 22 million BeReal users every day. Given two minutes to take a picture from their front and back angle of their cameras, users are encouraged to live in the moment and show their friends what they are doing in those two minutes.

In 2020, French entrepreneurs Alexis Barreyat and Kévin Perreau created a social media app called BeReal. With the slogan “Your Friends for Real,” the app intended to serve as a platform where users are encouraged to be candid and share the most authentic versions of themselves.

BeReal’s popularity skyrocketed in 2022, largely driven by the dedication of Gen-Z and college students in particular. At Georgetown, students will often post themselves having a picnic on Healy lawn, getting bagels from Call Your Mother or studying in Lauinger Library. You get to know where your friends are at the selected moment of the day, whether they are at a Vil A party or a club swim practice.

For many Georgetown students, BeReal is an exciting new social media platform that presents itself as a remedy to the fakeness of most social media apps. However, questions about its authenticity and ethical dilemmas about the app’s data usage muddle its place in college culture.

An exciting and spontaneous way to stay connected, BeReal took social media by storm during the ongoing COVID-19 pandemic. A way to unite friends and family across the world, BeReal provides a platform to be your authentic self.

Unlike many other social media platforms, BeReal offers a less competitive approach to photo sharing. With no follower or friend count visible to users, no opportunity to “like” a photo, and no opportunity to edit the photo before posting, BeReal stands alone as it provides a more casual, laid back and seemingly authentic approach to social media.

In essence, BeReal attempts to subvert the toxic expectations of “likes” and “follower counts” on other social media platforms. In 2021, leaked Meta documents revealed the company was aware that Instagram increased risk of mental health issues in teenage female users.

Despite the lack of likes and a follower count, BeReal offers the opportunity for friends to comment on each other’s BeReals as well as “react” via selfies.

Eleanor La Voie (COL ’25) said she learned about BeReal after seeing her classmates screenshot their BeReals and post them on other social media platforms.

“I first heard about BeReal in December 2021. I had seen some of my classmates posting semester recaps in the fall of BeReals and that’s what inspired me to get BeReal,” La Voie told The Hoya.

Georgetown students use BeReal as a mode of photo sharing that translates into compilation posts on Instagram. Students use their BeReals as material for college-themed photo dumps, La Voie said, which has increased the awareness of the app.

“BeReal has let me feel like I’m more a part of the lives of my friends from home that I don’t get to see everyday. It’s nice to see everyone’s everyday lives because we are all a part of different clubs and do different activities. It’s fun to see some insights into what everyone else at Georgetown does,” La Voie said.

For others, like Lucy Karlin (COL ’23), BeReal is an irritating side-effect of her Georgetown experience.

“Very few of my friends use it. There have been a couple instances when a friend has gotten a BeReal notification while we are together, and it’s interrupted our conversation, which I am not a fan of,” Karlin told The Hoya.

Brady Condon (SFS ’25), another non-user of BeReal, noticed how the app promoted the same goals of other social media platforms BeReal hoped to circumvent.

“The last thing I need is to have the omnipresent worry that I am going to miss my BeReal. Although we get only two minutes to take our pictures, it is still beginning to become more artificial as people become better at manipulating the system, so its purpose of being a genuine platform is going away,” Condon told The Hoya.

From the dependence on always having your phone, to interrupting the present moment to becoming an accessory for an Instagram post, BeReal is a far from unproblematic social media platform.

BeReal tried to remedy several of the main issues people seem to have with other platforms, as it brings a certain “realness” to the notoriously inauthentic world of social media. However, questions surrounding its authenticity and the security of its operation have led both users and non-users to have second thoughts about the app.

One cause for concern is BeReal’s lack of advertisements coupled with the company’s claim that it will not sell nor disclose users’ personal information for commercial purposes.

“I have too large of an internet footprint to pretend that my data has not already been sold by Mark Zuckerberg,” Condon said.

However, in the summer of 2021, BeReal released a statement in which the company claimed to receive $30 million in funding from private investors. BeReal saves every user’s posts within a “memories” section on the app; according to BeReal’s privacy policy, users’ data, including photos, is retained on BeReal’s servers. For some, this private funding and potential data storage poses big concerns.

Srishti Khemka (SFS ’23) said users should be observant about what their data is used for and if it is stored.

“You never know what your data is being used for, and it’s important to know where it’s going so that you can maintain some control over how it affects you and the community around you,” Khemka told The Hoya.

Khemka, in 2021, wrote a viewpoint for the Hoya entitled “Beware of BeReal.” In the article — long before BeReal’s current ascendancy — Khemka criticized BeReal’s unfilterdness. Because photos are taken every day at different times of the day, BeReal could collect valuable information about one’s private life.

“Data scrapers could hack the social media app and create a detailed profile of your routine based on your BeReal posts, which the platform can hold up to three years after the last use of the app and sell to the highest bidder or maybe even worse. With or without the app’s consent, the privacy of its users is in danger,” Khemka wrote in her opinion piece.

Some Georgetown students choose not to download the app or delete it for other reasons, such as wanting to spend time away from their phone.

“I do not want to worry about another social media platform. I have been trying to use my phone less since starting school again, and the last thing I need is to have the omnipresent worry that I am going to miss my BeReal,” Condon said.

Blue Greene (COL ’25), who deleted the app after using it, found BeReal to be pointless.

“I was reluctant to download BeReal at first because I really should not have any other forms of social media pushing me to spend more time on my phone. I ended up deleting it pretty quickly because I did not feel as though it was fulfilling its goal, and instead was just slightly less curated clips of people’s lives that I just found kind of pointless,” Greene said in an interview with The Hoya.

Karlin, another former BeReal user and daily Instagram user, said BeReal was intrusive on her life and ultimately counterintuitive to its main goal.

“I use Instagram daily, and I use Snapchat and Twitter a few times a week. But random post notifications from BeReal intruded on my time with friends and the time I was spending myself reading or listening to music. I did not like that I felt obligated to be on social media when I was enjoying time off my phone,” Karlin said.

While there remain many unanswered questions regarding data privacy on BeReal, most students interviewed who dislike the app are not primarily concerned by potential data exploitation but simply do not find the app to be worthwhile.

Instead of counteracting the current social landscape and comparative trends on other platforms, BeReal is becoming a part of them.

Niles Tomlinson, adjunct English lecturer at Georgetown, said BeReal is yet another mindless distraction taking up our time.

“While the intention of BeReal may be to allow users to present themselves as authentic, the medium through which this authenticity is portrayed changes the message. That is, ‘users’ of BeReal are on some level ‘being real’ to gain attention and increase their visibility, continually reinforcing the value of participating in this process,” Tomlinson wrote to The Hoya.

Tomlinson repeatedly mentioned the “attention economy,” a term coined by Nobel Laureate Herbert A. Simon. Simon claims that in our economy, information and supplies are not scarce — our attention is. Tomlinson thinks that BeReal is yet another demand eating away at our limited supply of attention.

Users and non-users of the app claim that BeReal’s purpose is diluted when people wait to post a picture until they are doing something interesting or fun, rather than posting immediately when the timer goes off.

“How can one not be performative when, as evident in the title of the app, there is an imperative to be something? In order to project authenticity we must first consider what actions qualify as more authentic than others instead of just living or experiencing them,” Tomlinson said.

“I feel like the app has strayed very far away from its purpose. People only post if they are doing something they think looks cool, which is usually several hours after the timer goes off. It makes it seem a lot more like other social media apps,” Greene said.

La Voie also said people on the app sometimes lack the “realness” the app was founded for.

“Sometimes it’s annoying when people post super late because it feels like it is defeating the purpose of the app. I wish it could be a little more real just because that is the point of the app. If they wanted to wait to post, they could do that on Instagram or Snapchat instead,” La Voie said.

However, some watchers of the digital space, like Tomlinson, think Georgetown students can uniquely overcome these temptations and challenges.

“While I do think that apps like BeReal could lead to artificiality, to curated performances, to filtered experience, I am also encouraged by the awareness of Georgetown students regarding the inherent contradiction of being real on social media. Most students see through the performative reality and recognize how easily being real online can be corrupted,” Tomlinson said.

From a student’s perspective, La Voie said BeReal could potentially fix these issues by adjusting the app’s timer function.

“Everyone could get a limit of two hours to post, and after those two hours pass, you can’t post a late BeReal anymore,” La Voie said.

This change could encourage users to be more real and return back to the mission statement of the social media app. But while this problem might not be fixed, we have to watch how we treat something seemingly as innocent as posting one photo a day.

“As Hari Kunzuru argues, ‘our very experience of ourselves flows through channels already carved by likes and shares.’ In a sense, one becomes a product to be consumed by others, rather than being real in a verbal state, which does not necessitate an audience,” Tomlinson said.