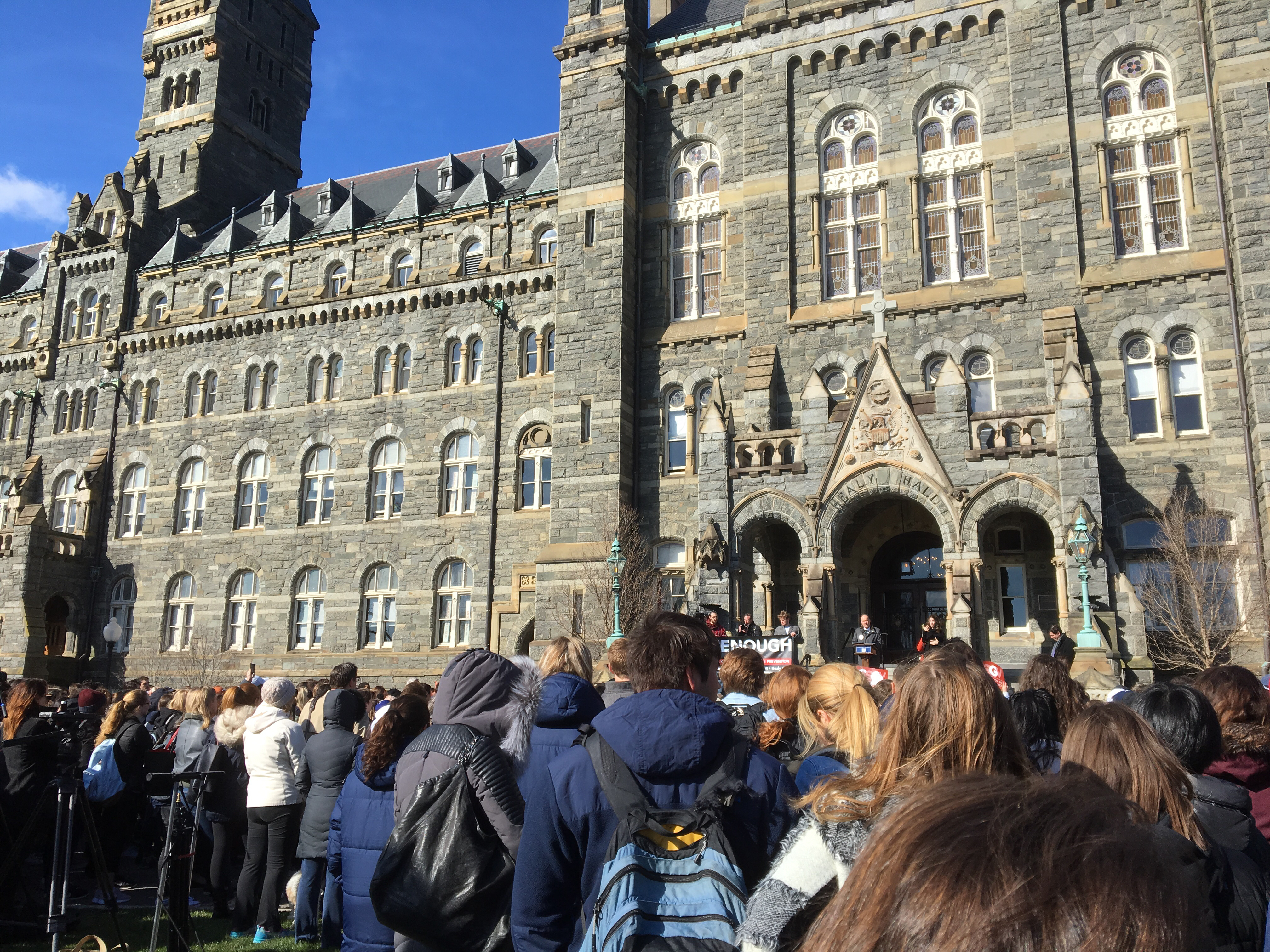 Hundreds of students marched out of class Wednesday morning to call for gun violence prevention, part of a nationwide network of protests in the aftermath of last month’s mass shooting at a high school in Parkland, Fla.

At least 200 Georgetown University students, members of faculty and local families gathered around Healy Circle for the student-organized walkout, which marked one month since a mass shooting at Marjory Stoneman Douglas High School in Parkland, Fla., that killed 17 people, many of them students, and injured 17 more. The walkout was scheduled to last 17 minutes to commemorate each person killed in the shooting.

University President John J. DeGioia joined students at the protest, telling crowds that “no student should live in fear of gun violence.”

“Our first consideration must be to care for each other,” DeGioia said at the event.“There is a conviction that we share as members of this community: a belief that there is a good we can achieve together. There is a moment that demands good in us.”

“Thousands and thousands of schools are participating in this event around the country,” Clements said. “We are demanding change from our leaders and politicians.”

In addition to speeches by DeGioia and students, the walkout included three minutes of silence and a reading of the names of young people affected by gun violence in Washington, D.C. After the event concluded, some students went downtown to join protests already in progress at the White House and the Capitol Building.