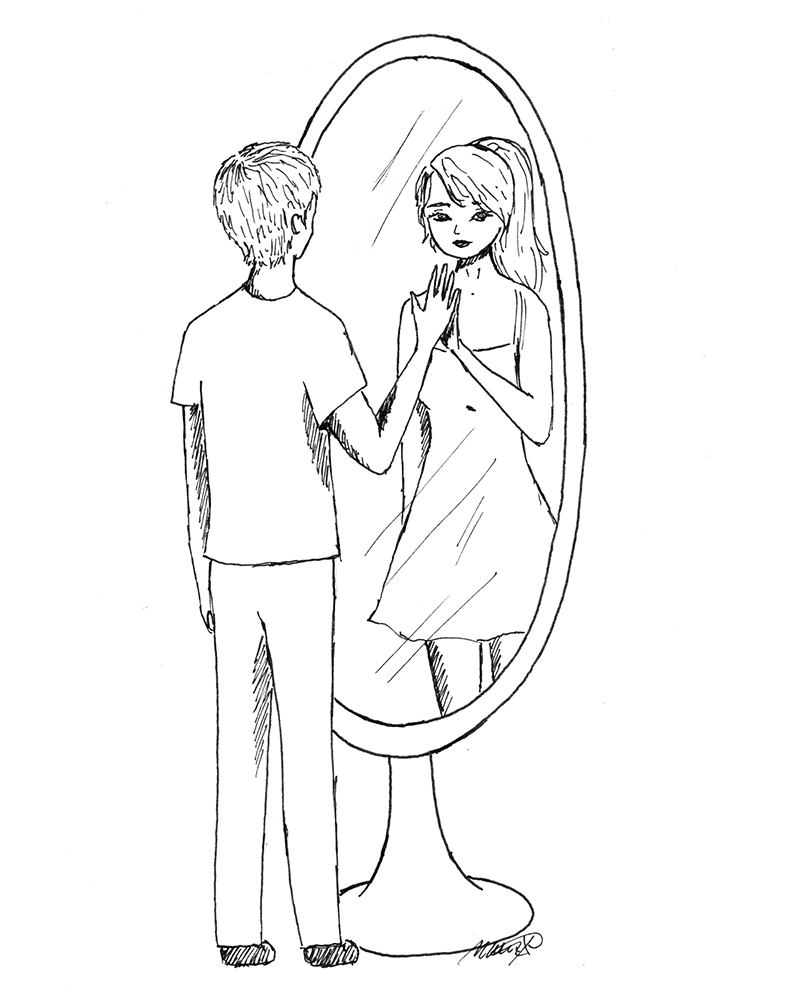 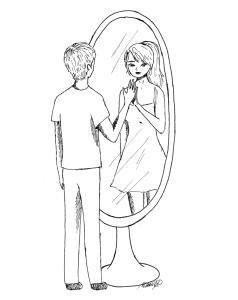 I walked into Leo’s the other day for dinner. It was early, about 5 p.m., and while I normally would eat later, I needed to make some prints before my 6:30 p.m. photography class. When I handed my GOCard to the cashier, he hesitated. He looked me up and down, then looked at my GOCard, then back to me.

“ … Alexis?” he asked, clearly not buying the name on the card. I nodded, and he finally swiped me in, saying, “Have a nice day … Alexis.” If you think this is a strange occurrence, you’re wrong. This is simply the norm for freaks like me.

I am a sophomore in the College, a graphic designer, a studio art major, a Pep Band member, an ice hockey super fan and a transgender woman. You’ve probably seen me around campus: I’m the 6-foot-2-inch chick in glasses, usually wearing a military jacket, maxi skirt and combat boots. I know that I don’t pass. There are certain things makeup and dresses can’t change and other things that will take years of hormones and surgeries to change.

But I’m okay with that. If only Georgetown were.

Let’s go back to my freshman year. It took a while, but I eventually decided to stop pretending I was a guy and start my transition to the life as a girl that I had wanted for years. But when housing selection happened, I learned that freaks like me have to out themselves to the director of housing in order to even be considered for special treatment. While he was understanding and helpful, I couldn’t help but wonder: How many cisgender female students have to go through this process just to procure housing that fits the most basic needs, like not being paired with a random male student?

This fall, I learned firsthand about Georgetown’s policy for transgender students. In order to be considered female by the university, I had to present myself as female 24/7. What does that even mean? Dresses and lipstick all the time? A pink iPhone case and tight jeans? Eyeliner and long hair? In order to be seen as female by the administration, I have to squeeze into a completely arbitrary box that many “real” girls on campus don’t even bother trying to fit.

At that point, I was certainly not ready to do that. I had yet to be prescribed hormones, my voice was deep and my hair wasn’t long enough. I was out to all my friends and going by “Lexi,” wearing panties and a bra and occasionally even a skirt, but I chose to deal with the administration and its policies only as much as I had to. I helped create the Trans* Representative position on the GU Pride board, but that was the extent to which I was involved.

Now, it’s spring. As soon as I returned to campus, I started the process of getting my name and gender changed within the university. I may not be passing, I thought, but I’m certainly presenting as female now. And so, I was again forced to out myself to an administrator, this time in the registrar’s office, and in return, I was given a new GOCard. It does not say “Alexis Dever.” It does not say “Lexi Dever.” It says “M. ‘Alexis’ Dever” — a friendly reminder that I’m not normal. That “Alexis” is not my real name. Quotation marks on a GOCard are a gift reserved especially for freaks like me, and we’re supposed to smile and accept it.

But I have it easy. Some of us aren’t even recognized by the school. There’s Jo, whose gender doesn’t fit the traditional male-female binary. There’s Alex, whose gender fluctuates. There’s Faye, whose gender is not yet concrete. None of them have a path as simple and straightforward as mine.

In hiding behind the Catholic Church’s outdated philosophy that only males and females exist, the administration turns a blind eye to our needs. There are no gender-neutral dorm options. There are no gender-neutral bathroom options beyond the handicapped rooms in public buildings like Lauinger Library. And if they want their name changed on their GOCard, they are turned away. Their professors will look at class rosters and see students’ legal names. They can live only on their own or with others of their birth sex.

The solution is simple: Treat transgender students the way they want to be treated. Allow students to live with the gender with which they identify. And if they’re outside the binary, give them priority for single rooms or let them choose which gender to live with. Include single-occupant, handicapped bathrooms for all new dorms. And for the GOCards, get rid of the quotes. It’s insulting, and this would be such an easy fix.

Lexi Dever is a sophomore in the College. She is the Trans* Representative on the GU Pride board.