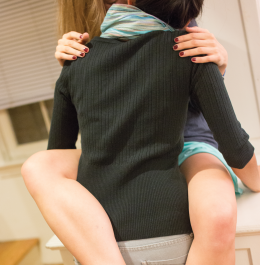 This is my third year here on the Hilltop and the first Valentine’s Day that I’ve been single in college. It also happens to be the best one. Why?

Simple: This year, I’ve discovered the real depth of kissing.

Everyone talks about how great it is to experiment with different types of people in college, but no one ever thinks you’re talking about just kissing different people.

If I could list kissing as one of my hobbies on a professional resume, I would. Good kissing is the perfect balance of innocence and expertise. You don’t know where the night is going, and you don’t care because in the moment, just the kissing itself is enjoyable. You forget where you are, what time it is, what you have to do the next day. Nothing else matters.

There are a variety of types of kissers.

Men tend to get aggressive, and that’s great for the most part. There’s nothing better than forgetting to breathe (so long as you have a second to do so in the near future) because you’re so wanted in that moment. Even as breathing becomes more difficult and less frequent, somehow you are left feeling rejuvenated and alive.

Women, on the other hand, have a gentler touch. This too is great, because you both really feel like you want to be there, rather than one person desperately clinging to the other. Sometimes, I think it’s almost more intimate than being naked; it requires a certain touch. It’s the kind of passion that you feel in the moment but that also wells up inside you for a rainy day.

The first two years I was at Georgetown, I was in a fairly serious relationship with a guy in the year above me. It was fun — we did all of the usual Georgetown couple-y things together. We went to Baked and Wired, Cherry Tree Massacre and the Diplomatic Ball. Eventually, I outgrew him and had to leave him. But the crazy thing is that our good kissing propelled me to totally ignore all the other warning signs that said that we weren’t meant to be. But as soon as I realized the kissing had lost its spark, I knew we were really done.

This is the first year I’ve been free to explore who I enjoy kissing the most, and it’s the best thing that’s happened to me. With kissing, you don’t have to think. You kiss, you leave, you go home by yourself and you wake up with the lingering taste of someone else fresh on your lips. It’s those hints of electricity that give kissing its alluring, mystical powers. It could lead to something more, something great — or nothing at all, and it was just living in the moment. It’s monumental and meaningless all at once.

If you feel that it’s important to know, I identify as straight. You may think that I have bisexual or gay tendencies, but I shouldn’t have to identify myself as anything. I am who I am in this moment. And in this moment, I love kissing.

You know how athletes or artists experience that rush — that feeling of bliss when you’re adequately challenged and capable of handling it? That’s the feeling I get with kissing. I’m an Olympic kisser.

Here is my advice to everyone: Don’t think of gender as a reason to kiss or not to kiss someone. It’s way too great to cut off half of the population over a little technicality like that. Sometimes, kissing men is great because they’re powerful, sturdy and take your breath away with their intensity. But sometimes, you look to one of your female friends and realize that she’s stunning — and you already love her personality. She knows you better than anyone else at the party, so why not kiss her? It’s delicate and intimate.

Ignite a flame. Kiss a stranger, your best friend or that person you’ve always wanted to explore. Get to know him or her in a way that is completely unique to kissing, smooching, playing tonsil hockey — whatever you call it. I promise it’ll brighten your day, and, if nothing else, you’ll get some great practice for when that one special someone comes along.