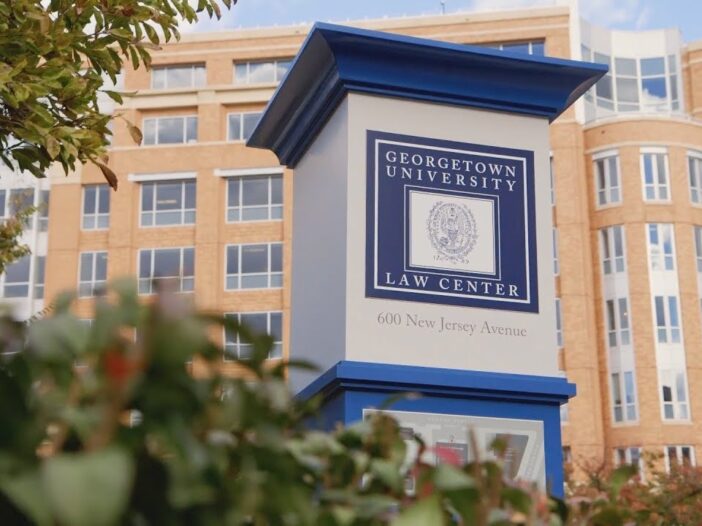 Ilya Shapiro has resigned from the Georgetown University Law Center (GULC) following an investigation into a tweet in which Shapiro wrote that President Joe Biden’s promise to nominate a Black woman to the Supreme Court would result in a “lesser Black woman” for the role.

Shapiro had been set to start working Feb. 1, but GULC placed Shapiro on administrative leave Jan. 31, four days after Shapiro posted the now-deleted tweet. Four months later, the Office of Institutional Diversity, Equity and Affirmative Action (IDEAA) and the human resources department concluded that GULC must reinstate Shapiro because he was not employed by the university when he posted the tweet, according to GULC Dean and Executive Vice President William M. Treanor in a June 2 statement to the GULC campus community.

Shapiro subsequently resigned June 6, writing in a Wall Street Journal opinion piece that the university created a hostile working environment that would make it impossible for him to do his job.

“It became readily apparent that the law school administration was setting me up to fail,” Shapiro told The Hoya. “They were setting me up to be disciplined, investigated, suspended again in future whenever anyone felt or claimed to be offended, and I could not work under that circumstance that was an implicit revocation of the speech and expression policy.”

Drea Shropshire (LAW ’24) said that if Shapiro had remained in his role as a lecturer on constitutional law — a course all law students must take — she and any other Black students in his classes at GULC would have faced racist biases that could affect their education.

“If anyone was going to be in a hostile environment, it would be Black women who would be subjected to learning from him — people like myself who would have to sit through a class or avoid a class from a professor who has made very clear, blatantly racist statements,” Shropshire told The Hoya. “I find it a little frustrating that he’s painting himself to be a victim in this circumstance.”

“It made me think that no matter how hard I work, no matter how well I do here, there will inevitably still be people that are going to look at all of my accomplishments and hard work and only see a Black woman and think that I’m a lesser person or a lesser attorney for that reason alone,” Shropshire said.

The BLSA demanded the university fire Shapiro in a statement published June 2, just days before he resigned. The executive board also demanded the university publicly release the reports from the IDEAA and the human resource department’s investigations, publicly define the difference between conservatism and racism, require staff and faculty attend implicit bias training centered around historically oppressed groups, and include input from Black students in the development of such programming. As of June 15, the statement has received over 200 signatures from law students across the nation.

According to the statement, GULC’s choice to reinstate Shapiro came at the expense of its Black student body.

“Georgetown’s decision to hire Shapiro is not only wrong, but it puts Black students in harm’s way by fostering a community that allows racism to be accepted as conservatism. Black students must also bear the burden of having to defend and protect themselves every time the administration fails to do so,” the statement reads.

According to Gibson, BLSA has received pushback from other students and student organizations who advocated for Shapiro’s reinstatement, such as the Conservative and Libertarian Student Association (CALSA).

Rachel Wolff (LAW ’24), Director of Communications for CALSA, said Shapiro deserved to be reinstated to his role at GULC.

“We had faith that Ilya Shapiro would be reinstated because it was clear that his only wrong was a mistake — tweeting a legitimate criticism of President Biden using race and gender to nominate a Supreme Court Justice using language that, at first glance, read as an attack,” Wolff wrote to The Hoya.

Shapiro, who apologized for the wording of his tweet and called it “inartful” in another now-deleted tweet, said it has been misconstrued as bigoted by political enemies of his.

“I was upset with President Biden’s decision to limit his pool of candidates by race and gender, and I think it’s offensive to judge people based on those and other immutable characteristics,” Shapiro said. “I think you have to be acting in bad faith to willfully misconstrue my tweet to be bigoted in any way — I was saying that I have someone in mind who would be the best candidate, so everyone else is less qualified.”

Richard Garzola (LAW ’23) —  CEO of the National Black Law Student Association — worked alongside BLSA to arrange meetings with and speak to administration during the investigation. For Garzola, Shapiro’s apology was far from enough.

“No one saw it as an apology — it’s always just been a lack of remorse from him,” Garzola told The Hoya. “He kept saying he did no wrong and he shouldn’t be punished at all — that’s not the sound of someone who’s remorseful or saw an issue with their behavior.”

In his resignation letter, Shapiro wrote that the GULC administration has applied its Speech & Expression policy inconsistently, as the university has not opened similar investigations into left-wing tweets from other faculty that drew public backlash in the past.

“Apparently it’s free speech for thee, not for me,” Shapiro wrote. “If university administrators aren’t willing to stand up to left-wing activists, Georgetown’s enacted free speech and expression policy is a mere ‘pixel barrier.’”

A GULC spokesperson said the university acted in accordance with its standard procedures.

“While we protect speech and expression, we work to promote civil and respectful discourse. In reviewing Mr. Shapiro’s conduct, the University followed the regular processes for members of the Law Center staff,” the spokesperson wrote.

Shropshire said protection under the Speech and Expression policy did not exempt Shapiro from consequences.

“It is his right, of course, to make statements — in this case, the statement that he made had some very clear biases against Black women,” Shropshire told The Hoya. “I think that teaching at Georgetown is a privilege and when you make certain statements, you have to be prepared to deal with the consequences.”

Treanor also wrote that the Speech and Expression Policy does not mean individuals can say anything, anywhere.

Shropshire said she hopes the investigation and its aftermath lead the university to reevaluate its priorities.

“I don’t think that students of color are demanding a lot or much of anything by asking that the people who teach us the law don’t have racial biases or gender biases,” Shropshire said. “I just hope it helps universities hold their professors to a higher standard, and that standard should be that professors should not have racial biases towards students. That is the bare minimum that universities can provide to their students.”