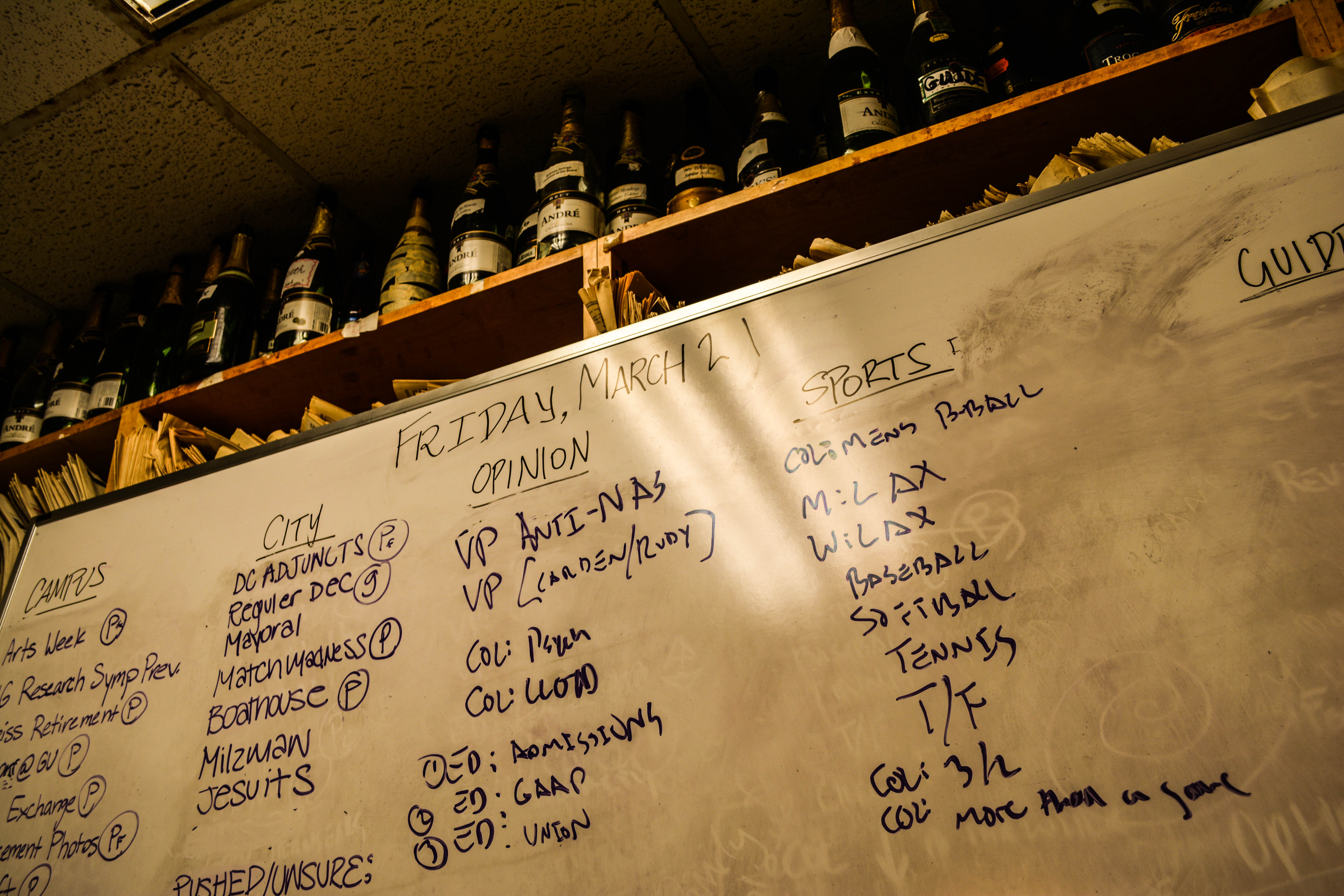 It is an honor when readers challenge editorial decisions made by The Hoya. Even when the objections are unfounded or misguided, they’re reflective of the presumption that journalism serves a higher purpose rooted in basic values. To me, that’s evidence of a worthy endeavor.

Someone once observed that lay people will say, “I’m not a doctor, but …” or “I’m not a lawyer, but …” yet few people are inclined to preface a critique of the news media with “I’m not a journalist, but …” In the aforementioned sense, that’s flattering. However, it does overlook the nuanced standards and considerations that weigh on the minds of editors. Talent for technique must be accompanied by training in journalistic judgment, which is why your typical boob with a blog hasn’t earned the credibility and respect owed to news professionals.

These factors explain why I’m reluctant to call students like myself who participate in journalism “journalists,” just as I’m reluctant after cooking dinner to deem myself a chef. Journalism is a trade; journalists are its credentialed practitioners. Perhaps due to the blue-collar origins of the American news industry or the accessibility nowadays of online publication, people tend to forget that rules governing journalism are just as established as those for law or medicine. Rampant malpractice provides no refutation of that fact.

At The Hoya, editors are constantly evaluating content. They meet with an advisor every Friday to review the week’s output, they are held accountable by a non-staff ombudsman as of last fall and they have a Board of Directors to monitor long-term trends. But under the gun of the rapid news cycle, editors often make calls based on habit and instinct. Amid such a hurried process, we at The Hoya sometimes shortchange a question as essential as “What’s news?”

Every Friday, The Hoya produces a long-form news feature for the front page of the guide. I wrote such a piece Feb. 21 of this year, “The Wolf of O Street,” which profiled a business student who has ruffled some feathers on campus as a result of outspoken ambition and several missteps in personal branding. It was neither a hit piece nor a puff piece, but rather my attempt to tell an intriguing story that many knew of but few fully understood. With the Occupy Movement only a few years in the rearview, “The Wolf of Wall Street” in theaters and pre-professionalism gaining ground on campus, the subject of that story had timely implications.

The article turned out to be one of The Hoya’s most popular of the year. While readership is an undeniable plus, it is by no means the sole determinant of editorial worthiness. “The Wolf of O Street” riled many readers, many of whom questioned why we had given a student of debatable scruples such publicity. Several acquaintances approached me to ask, “Why highlight this person when so many others are deserving of recognition?”

When confronted with that question, I don’t think I could claim that, on Feb. 21 of 2014, the student I wrote about was the single worthiest person to be profiled in the paper. But I also believe critics of the piece failed to grasp the full extent of what makes something fit for print — a subject editors sometimes neglect to consider, too.

Here’s my take on what contributes to news value:

Readers should continue challenging content decisions in The Hoya where they see fit. As I’ve written previously, when people stop criticizing, they’ve usually stopped caring. But it is nonetheless distressing to hear allegations that we ever lust for controversy, which is such a tragically dumbed down notion of what warrants news coverage. Journalism strives to promote an educated, and sometimes entertained, citizenry. Please call the news media out for failing to deliver on that ambition, but I’d urge you against thinking that the overwhelming majority of journalists aspire to anything less.

Danny Funt is The Hoya’s former Editor in Chief and a senior in the College. Leavey 421 is a weekly catalog of goings-on and random musings in The Hoya’s offices.