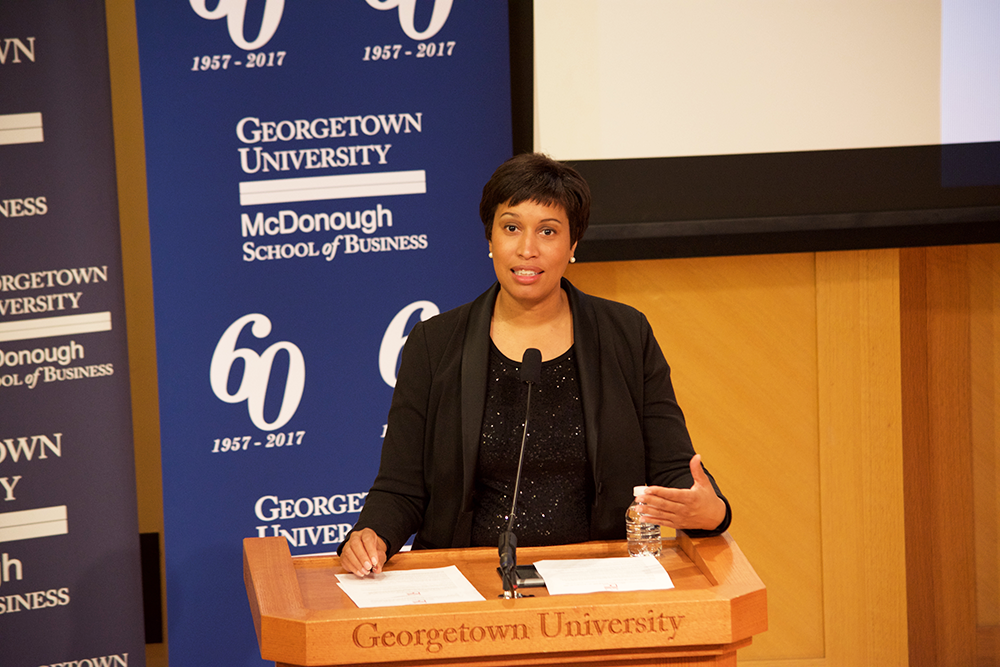 Mayor Muriel Bowser (D) and six fellow incumbents recaptured the mayoral and city council nominations from the Democratic Party, while an initiative to raise the minimum wage for tipped workers to $15 from $3.33 by 2025 passed by a narrow margin in the June 19 primary election in Washington, D.C.

Receiving 83 percent of the vote, Bowser easily won the Democratic bid for mayor of D.C. Several candidates had filed to run, though only James Butler, advisory neighborhood commissioner in Ward 5, and Ernest Johnson, who ran for mayor once before in 2010, appeared on the ballot. Because Bowser has no Republican opponent and is the sole candidate with prior government experience, she is expected to win re-election in November.

Though her support has waned since last August after several scandals involving D.C. Public Schools plagued her administration, she remains broadly popular and poised to become the first mayor to win a second term since Anthony Williams in 2002.

Bowser said she has learned from the scandals of her first term and said these lessons will impact her leadership going into her second term.

“When we find a problem, we don’t hide it; we fix it,” Bowser said in an interview with Washington City Paper. “All the mistakes a new mayor makes, we wouldn’t have to make them again.”

In February, Deputy Mayor for Education Jennifer Niles and DCPS Chancellor Antwan Wilson both resigned for allowing Wilson’s daughter to bypass the school lottery and transfer from Duke Ellington School of the Arts to Woodrow Wilson High School. The switch went against a policy put in place in 2016 by Wilson himself that states children of government officials cannot be given preferential treatment in the school lottery.

At a victory party with colleagues and supporters held at Town Danceboutique, a D.C. gay bar, Bowser spoke of her child, whom she adopted this year, and her vision for D.C. going forward.

“I talked this over with baby Miranda,” Bowser said. “We need a D.C. that she can raise her family in.”

In a surprise turnout, Initiative 77, which raises the minimum wage for tipped workers to $15 from $3.33 by 2025 and allows workers to no longer rely mainly on tips for their income, passed with 55 percent of the vote despite opposition from 10 of the 13 members on the D.C. Council as well as Bowser and D.C. Attorney General Karl Racine.

In more affluent neighborhoods of the district, voters narrowly rejected the measure, with 50.15 percent voting against the initiative in Ward 2 and 51.34 percent in Ward 3. In regions east of the Anacostia, nearly 6 out of 10 voters supported the measure, according to The Washington Post.

The initiative faced fierce opposition from restaurant owners, who claim that tipped workers already typically make more than $15 per hour with the tipped wage laws already in place and that it will hurt smaller businesses that will be unable to absorb the cost of the increased wages.

Supporters of the measure, including Restaurant Opportunities Centers United, a national organization that advocates on behalf of restaurant workers to improve wages, claim that the tipped wage is unpredictable and unreliable, and workers should not be forced to rely on customer generosity for a steady wage.

The council and the mayor still have the power to prevent the initiative from going into effect.

Kathy Hollinger, chief executive of the Restaurant Association of Metropolitan Washington, a local trade association representing D.C. restaurants, said in an interview with The Washington Post that the timing of the vote affected its outcome.

“We cannot accept as final a vote in a primary election, in the middle of the summer, on a ballot measure the language of which was, at best, misleading,” Hollinger said.

The fate of the initiative remains unclear, as no legislation has yet been introduced in support or opposition. However, Councilmembers Mary Cheh (D-Ward 3) and Elissa Silverman (I-At Large) have both spoken in favor of the measure.

“I’m not going to speak to that,” Mendelson said in an interview with The Washington Post. “I’m going to let the dust settle.”

Del. Eleanor Holmes Norton (D-D.C.), the District’s nonvoting delegate to the U.S. House of Representatives, as well as shadow Sen. Michael D. Brown (I-D.C.) and shadow Rep. Franklin Garcia (D-D.C.) also won the Democratic party nominations. Though D.C. has no vote in either of the houses of Congress, the District sends these representatives to advocate on behalf of D.C. residents.