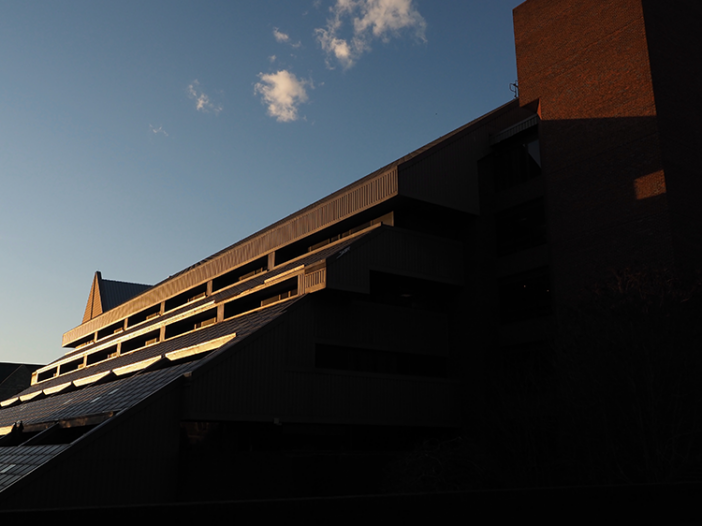 When Tristin Sam (SFS ’23), a member of the Navajo Nation, first came to Georgetown, University, he was familiar with the East Coast from his first year of high school, when he studied in Maryland. He never had to deal with culture shock as a college student, he said, but only because he had gotten it out of the way.

“Mine didn’t happen at Georgetown, it happened in high school,” Sam said in an interview with The Hoya. “When I came to Georgetown, I wasn’t shocked and I was very lucky to have that. I was able to go out of that bubble. I knew how to catch a ride share and ride the metro.”

But not all Indigenous students have that opportunity, and with just 0.1% of Georgetown students identifying as American Indian or Alaskan Native in 2017, support systems for new Native American students are limited and lacking at Georgetown.

As one of only a handful of Native American students currently attending Georgetown, Sam, the president of Georgetown’s Native American Student Council, said his transition to college would have been more difficult without his prior East Coast experience.

In an effort to address this representation gap, students and faculty have led activist efforts and created organizations such as the Indigenous Studies Working Group and the NASC to increase academic engagement and foster community for Indigenous students at Georgetown.

“I got here knowing that D.C. actually has a substantial Native population, most notably there are people who moved to D.C. to work on the council of Native Americans or Navajo embassy,” Meissner said in an interview with The Hoya.

Meissner, who identifies as Luiseño and Cupeño, said that, in addition to being challenging on an individual level, the lack of a Native American presence at Georgetown can make on-campus activism work more difficult.

“Personally, I have found it to be very, very lonely, which is something that I think is difficult for people who do community-based work and people who are used to having a whole network of people who know that Native people exist — let alone are also Native,” Meissner said. “I feel like a lot of the work that I do at Georgetown is almost remedial, and having to remind the community that we are a part of the campus as well.”

Without so few acknowledgments of Native American culture and so little intentional outreach to incoming Native American students, a campus like Georgetown’s can feel strikingly different from life in a Native American community, according to health systems administration professor Bette Jacobs, who is American Indian .

“To come from New Mexico, South Dakota, or Alaska to D.C. is a really big change. Georgetown’s just much more urban and Northeast centric, not at all like many of these tribal areas,” Jacobs said in an interview with The Hoya.

With those differences in mind, the Native American Student Council aims to provide community for Native American students. NASC creates a shared space for Indigenous students to come together, build connections, and foster a sense of home, according to Sam.

In addition to providing Georgetown students with a space to discuss tribal affairs, culture and policies affecting Indigenous communities, NASC regularly hosts events on campus to help Indigenous students connect with their culture. For example, its bimonthly smudging, an herb burning and purification ceremony, was always a positive experience for Sam.

“The ceremony reminded me of home, and it was nice to share it with some people. It is important when you come to campus that you have a group of people you can just connect with, which is what we are here for,” Sam said.

NASC Vice President Ian Murakami (COL ’21) said in an interview with The Hoya that because there are so few Indigenous students at Georgetown, NASC must work to build community.

“We’re supposed to be a gathering and affirming space for people who are Indigenous to find other Indigenous students and create connections. Coming into Georgetown, it’s so important to have people who just get it,” Murakami said.

While about 1.7% of the U.S. population identifies as Native American or Alaska Native, less than 1% of students admitted to the Class of 2024 identify as such.

Sam suspects this disparity is partially because of Georgetown’s lack of outreach to Native American communities in places like his home state of Arizona.

“The closest that the outreach has ever gotten to me was when I got an email that said, ‘Oh, come down to Phoenix for an information session,’” Sam said.

“The day-to-day interactions for most students from New York City likely never include running into a Native American, even by the time they get onto campus,” Sam said. “There’s 2% of the whole American population that people at this school just don’t know about.”

Georgetown is working to expand its recruitment of students from underrepresented backgrounds, and the Center for Multicultural Equity and Access is actively working with NASC to create a community for Indigenous students, according to a university spokesperson.

“While a shift to virtual interrupted some of the planning happening with CMEA and NASC for last year’s GAAP weekend, we hope to include a collaboration with CMEA and NASC at the next GAAP weekend, where admitted students who identify as Native American will be encouraged to engage with diverse experiences that Georgetown could offer,” the spokesperson wrote in an email to The Hoya.

However, many colleges and universities across the United States are more deliberate with outreach efforts for Native American students. Stanford University spearheads research and advocacy efforts through its Native American Cultural Center and includes Native Outreach coordinators for all graduate and undergraduate applicants. Columbia University and Dartmouth College have both established residential communities for Indigenous students on their campuses.

To increase outreach with Native American students on campus, Georgetown should establish campus spaces that incentivize Indigenous students to attend and connect with their heritage, Sam said.

Although Georgetown’s recruitment has been limited in the past, Sam remains hopeful that the university can bolster its outreach to prospective Native American students in the future.

“We have an awesome alumni network to go out and recruit. It’s totally possible to get the things we want to be done to get done,” Sam said. “I look forward to working more with the administration and doing more events with the Georgetown community so they can learn more about us and our community in the U.S.”

To bring positive change to the university, groups like the NASC have turned to activism to make the Georgetown community aware of Native American issues. Especially as the pandemic has complicated efforts to foster connections between Native American students, NASC has prioritized its advocacy, according to Murakami.

Activism has long been a part of the NASC, though. In 2019, for example, NASC petitioned the university administration to include more history of Indigenous peoples in the core curriculum, to hire more Indigenous faculty and to establish a cultural sanctuary for Indigenous students, among other demands.

The push for Indigenous empowerment and representation on campus has extended beyond NASC through faculty-oriented organizations like the ISWG.

Balzer finds people are often unaware of the ways they can engage with Indigenous studies at Georgetown, but resources for engagement including course lists, news databases and lectures are available through ISWG. Resources like these are essential for Georgetown to grow as an institution, Balzer said in an interview with The Hoya.

The road to increasing Native American representation and discourse on campus starts with an awareness of the issues affecting Native peoples every day and a recognition of their contributions to advancing society, according to Balzer. However, student activism is also necessary if the university is to expand its Indigenous studies program.

“We have a huge amount of respect for student activism. If students start pushing for more offerings in Indigenous studies and for what is basically our next step — which is to have the registrar flag courses about Indigeneity and create a minor in Indigenous studies — that would kind of be a multidisciplinary approach to the problem. But again, it takes student interest. And it ebbs and flows at Georgetown,” Balzer said.

Likewise, Murakami said activism need not start with the university, and any student can help to make a change.