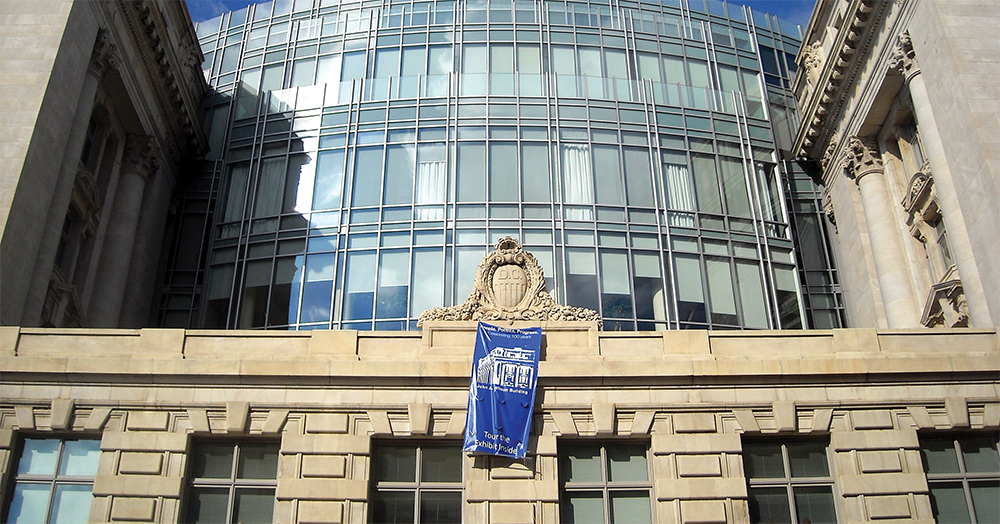 The black population in Washington, D.C., dipped below 50 percent for the first time in nearly 60 years due to increased gentrification, growing income inequality and an expanding education gap, trends expected to continue without government intervention, according to a Georgetown University report released Thursday morning.

Requested by the D.C. Commission on African-American Affairs and led by Georgetown University associate professor of history and African-American studies Maurice Jackson, the report finds the main reason for black residents leaving Washington to be economic. The report uses analysis of the District’s economic data to evaluate and outline inequalities in income and wealth in D.C.

The 2016 D.C. unemployment rate for black people was 13.4 percent, compared to a rate of 2 percent for white people.

The lack of available jobs, skills training and a lag in educational attainment are all key factors preventing black residents in the District from finding the income necessary to remain in the city, according to the report.

In addition to the recommendations for improving the economic status of black residents of the District, the report recommended ways to limit the physical displacement that is occurring as a result of economic and racial disparities.

The district has been losing black residents since the 1990s, during which D.C. lost 28,000 black residents, many of whom had been living in predominately low-income neighborhoods. These demographic changes linked to gentrification as a result of racial economic disparities by several studies.

The policy report concluded with a sobering takeaway for the city and its government.

“Growing inequalities are endangering the African American community,” the report stated. “More must be done to enhance the employment qualifications of and opportunities for low to moderate income African American residents.”

Jackson, who served as chair of the report and chair of the Commission on African American Affairs, said this issue is important to all members of the D.C. community.

“This is an issue that affects the entire city population,” Jackson said at the report’s presentation at the District government’s headquarters in the John A. Wilson Building Thursday morning. “We must all do more to halt the flow of blacks out of this city, and to make life better for those who can stay.”

D.C. Council Chairman Phil Mendelson (D-At Large) said that education is one of the major keys to addressing economic and racial inequality.

“The great equalizer in our society is education,” Mendelson said. “The council very much values the importance of public education, but we haven’t figured out how to crack that nut and make that change fast enough,” Mendelson said.

The report outlines a series of tangible policy actions for the District government to combat the economic and housing trends in D.C.

Councilmember Elissa Silverman (I-At Large) said Project Empowerment, a workforce development program, allows residents to go through three weeks of workforce job readiness and then are placed in a subsidized employment program for up to six months.

The apprenticeship programs recommended by the report also garnered special attention from the councilmembers at the proposal unveiling Thursday.

“What we hear from a lot of our job seekers is that they can’t sit for weeks and weeks in a training program. They need to earn income … and the great thing about apprenticeships is, it’s on the job training while you earn money,” Silverman said.

D.C. Council Chairman Phil Mendelson (I-At Large) said these problems are long-standing.  Mendelson said 60 percent of new jobs in D.C. will require training beyond the high school level, but 50 percent of black D.C. residents have no forms of tertiary education.

To combat these changes in housing and living trends, the Georgetown research team made  another series of policy recommendations for the local government. The recommendations included investment in multiple levels of accessible housing, the creation of a database for affordable housing, the strengthening of penalties for unfair landlords and increased clarity in use of federal housing funds.

The report noted that the preservation of black housing should be viewed as the prevention of the pricing of “culture and humanity out of the city.”

Using the actions the report recommends, the Georgetown research team hopes that the government will create more low-income housing opportunities in order to support less wealthy individuals before neighborhoods experience an influx of younger and better educated residents.