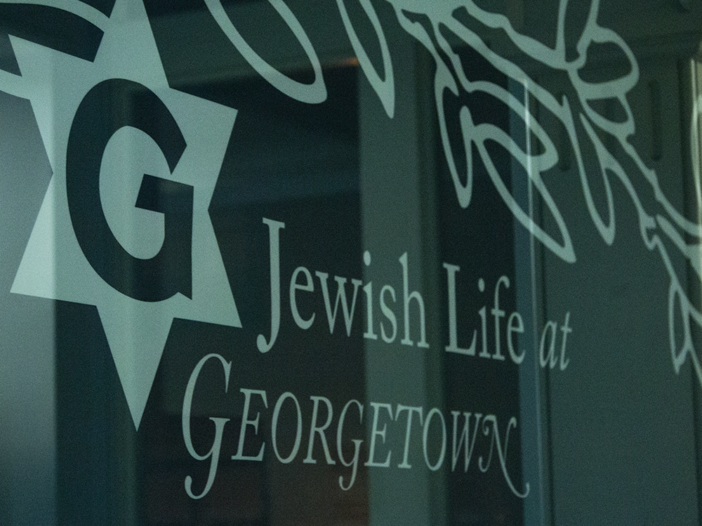 CW: This article references/discusses genocide and  sexual  violence . Please refer to the end of the article for on- and off-campus resources.

Georgetown’s Center for Jewish Civilization hosted an event for International Holocaust Remembrance Day to commemorate the six million Jewish people and other minority groups who were killed in the Holocaust.

The virtual event, held on Jan. 25 and titled “The Holocaust and Genocide: Memorialization and Activism,” was led by University of Edinburgh professor Donald Bloxham, who specializes in mass atrocities studies. The event focused on atrocities of the Holocaust, relationships between memorial and activist approaches to the Holocaust and the parallels to recent genocidal events in countries around the world. The discussion was moderated by Professor Anna Sommer, an Associate Director and professor at the Center for Jewish Civilization.

Bloxham said although the Holocaust is often singled out from other genocides, the world must continue to remember its abhorrent events.

“It is very unusual even amongst genocides and this is therefore supposed to do something to the world. We need to remember it not just for its own sake, but because remembering it will somehow help us as moral agents in the world in whatever way that might be,” Bloxham said at the event.

Antisemitism is still widely prevalent in western society, according to Bloxham.

“I do think that in western civilization antisemitism is entrenched so deeply,” Bloxham said. “I think it’s very difficult to say that the advances that have been made in some countries as regards to ending antisemitism — it’s difficult to say that they’re not reversible because they clearly are and the abiding stereotypes of Jews and anti-jewish thinking is present.”

Antisemitic attacks have risen across the United States and the world since the start of the COVID-19 pandemic. In the past year, nearly one in four Jewish Americans have reported facing antisemitism.

Studying the Holocaust can help identify and prevent future atrocities, according to Bloxham.

“One can detect the connection between the growing interest in hands-on, neighbor-on-neighbor violence of the Holocaust in the killing fields of Eastern Europe that began in the nineties and the similar violence of the Rwandan and Yugoslavian genocides of the same decade,” Bloxham said at the event. “The study of the sexual violence of those recent genocides has also gone alongside a growing in the issue of the Nazi.”

During the Rwandan genocide, women were subjected to sexual assualt by the Hutu militia groups, who were encourged to commit acts of sexual violence. In the Yugoslavian genocide sexual violence was widespread, and the majority of these victims were Bonsian Muslims.

Events of mass genocide, including the Holocaust, frequently follow similar patterns of development and have historically comparable agendas. In the 1994 Rwandan genocide, armed militias slaughtered nearly one million people belonging to the ethnic Tutsi population in the country. Similarly, the Bosnian genocide saw the systemic murder of 100,000 Bosnian Muslim and Croatian civilians by the Bosnian Serb forces backed by the Serb-dominated Yugoslav army in the 1990s.

It is critical to realize genocides are not isolated issues and impact the treatment of future populations, according to Bloxham.

Bloxham said he is discouraged by the lack of awareness of recent genocides.

“It’s become a very safe, very easy topic because Holocaust deniers are absolutely marginalized — quite rightly. There’s no one out there saying that the Holocaust is a good thing or a justifiable thing,” Bloxham said. “Its not like, in that sense, the Armenian genocide where you’ve got deniers and people justifying — there’s none of that.”

Currently, there are a number of countries under Genocide Watch, including China for committing atrocities against Uyghurs and other minority ethnic groups. Turkey, Syria and Iraq, where the Kurdish minority population is considered to be at risk of genocide under the authority of the regional powers, are also listed.

Bloxham also commemorated the non-Jewish victims of the Holocaust.

“In some of these instances, some of the things closest to the Holocaust, i.e. other groups persecuted and murdered by the Nazis, have sort of been removed out of the picture. Yet, we’re also supposed to be looking at the Holocaust as a way to something much bigger and more significant and more general and often further detached from the Holocaust: general issues of human rights abuses in the world today,” Bloxham said.

Bloxham urged individuals to remember all victims of the Holocaust and to work toward preventing future atrocities.