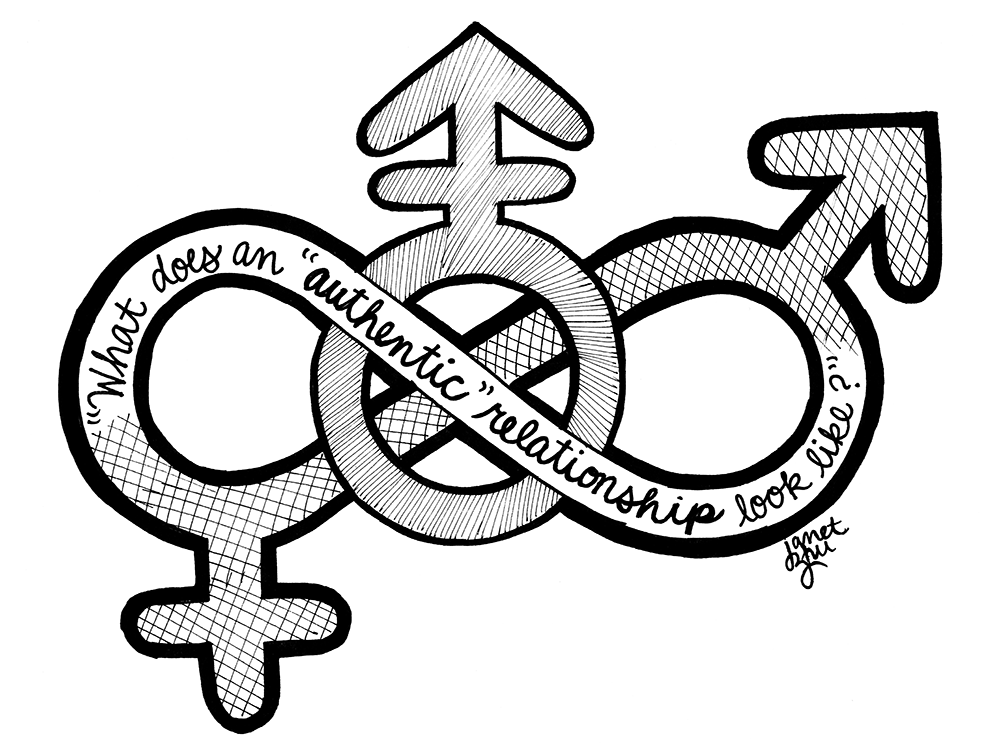 At the end of Love Saxa’s lecture, “Marriage: A Social Justice Issue?” last week Director of Adult Faith Formation Ennio Mastroianni argued for the value of bringing Ryan Anderson — who wrote a book opposing same-sex marriage — to campus. “I think that we can all agree that Ryan made us think, and thinking is good,” Mastroianni said.

Even after having listened for an hour to a straight, cisgender male lecture a crowd of mostly white, cisgender individuals — cisgender meaning those whose sex and gender identities match — about why LGBTQ people shouldn’t be allowed to marry, it was this comment that most triggered my frustration.

I don’t get to “think” about the fact that I’m gay. Thinking doesn’t change the fact that Anderson’s arguments are used to keep LGBTQ people from gaining equal standing before the law and society. And my thoughts have no impact on the fact that when I hold hands with my date on campus, I may receive a hostile, and even physically abusive, response.

For my whole life, I have thought about whether or not I had a place within the Catholic faith tradition that I was raised in. I have thought about whether or not I was “sick,” and about if my desire to love and be with someone of my sex was a disease. I have “thought”, like far too many LGBTQ people, about killing myself because I allowed these toxic arguments to pollute my self-awareness and worth. “Thinking” about my identity that way could have killed me, and it kills many each year.

Despite claims from Love Saxa, Mastroianni and other proponents of traditional relationships that they want a dialogue over LGBTQ issues, the reality is that such discussions are inherently unbalanced. It’s true it was somewhat satisfying watching Anderson execute some logical gymnastics while under fire from our questions. Conjugal unions can exist between heterosexuals because they create children … but count even when the partners are infertile? How do trans* people fit into this flat-out unreal 1950s concept of gender and sex as inextricably linked and along a strict binary?
As much as Anderson faltered at these questions, I’m sure that I, among other LGBTQ students, left the event more frustrated than Anderson or any member of Love Saxa. Why? Because we were fighting for our identities. We were threatened.

Debating identity is a nasty business because it usually involves a privileged group — in this case straight, cisgender individuals — justifying a system of oppression by finding fault with the oppressed minority. In this case, gay people can’t get married because they’re incapable of the same conjugal union that straight people can accomplish while drunk in a bathroom at Rhino.

The unacceptable nature of this discussion becomes obvious if you insert any other identity in place of an LGBTQ one. Would an event entitled “Interracial Marriage: A Social Justice Issue?” or one featuring a speaker who authored a study called “Suboptimal Outcomes from Islamic Parenting,” be considered facilitating dialogue? I don’t think so. Those would be racist or Islamaphobic. So what about the LGBTQ identity makes this sort of discussion anything other than homophobic? Faith is more of a choice than sexual orientation. We’d do well to remember that there were once religious and secular cases made against interracial marriage.

Even regardless of these arguments, Love Saxa’s language has inarguably denigrated others. They seek to promote authentically loving relationships — that is, only those where sex takes place only when the partners are married. This sets up a dichotomy wherein those who have sex before marriage are not in “authentically” loving relationships. Because Love Saxa supports only a traditional conception of marriage, LGBTQ people have no place in their framework.

While LGBTQ students are those triggered and excluded by Love Saxa’s language, I can’t help but feel like the group is only hurting its own mission. Many queer people hate the hookup culture, too, and there is certainly a public health interest in combating it. Though I do not believe that chastity or fidelity alone make a relationship “authentic,” I do think that there is value in seeking authenticity. Going forward, I believe the question must be, “What does authenticity look like?” rather than, “Who is allowed to be authentic in the first place?”

Thomas Lloyd is a junior in the School of Foreign Service. He is president of GU Pride.