In the season that knows no end, the NFL has made the news again for a slew of recent rule changes and several eyebrow-raising comments by evidently out-of-touch owners. Of the seven major rule changes that were enacted by the league last week, three stand out for their desire to improve player safety and on-field conduct. Like most things the NFL does, however, the results emanating from these rules are likely to be mixed.

The first rule completely bans chop blocks. A chop block occurs when one offensive lineman attempts to chop at or below the knees of a defender who is already engaged with another offensive lineman. While this block used to be more prevalent in the early days of the NFL, it has increasingly fallen out of favor thanks to legislation by owners and rules committees, as well as its tendency to cause serious injury to major lower-body ligaments. The NFL should be applauded for taking this measure, as it is a small but meaningful way to protect the safety of defensive players.

The second major rule change will move touchbacks, kickoffs that go through the back of the end zone, to the 25-yard line instead of the 20. The reasoning behind such a decision was clear: Kickoffs are one of the most dangerous plays in football because of the momentum the players of the kicking team are able to gather. This further incentivizes a returner to knee the ball in the end zone or let it go through the back, which will reduce the quantity of returns and thereby injuries as well. This rule has not been made permanent but will be in place this season as a trial run of sorts; owners will decide whether or not to make it permanent after the 2016 season.

Moving the ball farther down the field changes the incentives for each team because the benefit gained by the receiving team is a direct cost to the kicking team; this is a zero-sum trade-off. Kicking teams may be less likely to concede a touchback because it will cost them five additional yards. Though estimates vary, a well-regarded paper by economist David Romer estimates that the difference between first-and-ten from the 20 and first-and-ten from the 25 is about a quarter of a point. While this may not seem like much, over the course of a season, it can surely have an effect to the tune of a couple of touchdowns. As a result, teams could train their kickers to kick the ball just shy of the goal line and force a return because they do not want to cede those five extra yards. Even Commissioner Roger Goodell believes this new rule could backfire. Hopefully, the league will do the right thing and scrap the rule after this season if there are fewer touchbacks and more injuries on kick returns.

The most controversial rule change, however, deals with players’ on-field conduct. Beginning this season, a player will be ejected if he acquires two unsportsmanlike conduct penalties. Also an experimental rule, it also holds dangerous possibilities, especially because of the subjective nature with which these penalties can be called. While more common fouls like roughing the passer and facemasks will not warrant an ejection, acts like taunting and using abusive or foul language could. This is a problem because interpretations of language are different for every person. What draws a flag from one official may not for another, but that massive gray area will be a cause for concern. Additionally, this rule does not seem to apply to coaches in their interactions with players or officials, so a bit of a double standard now exists: Why can coaches berate officials using certain vocabulary, but players cannot use those same words in dealing with their opponents, with whom they may have an off-the-field relationship?

As usual, the NFL claims to have the best of intentions behind these rules, and in this case it is hard to doubt its sincerity. Ultimately, though, it is likely that these temporary rules will end up doing more harm than good should they be made permanent. 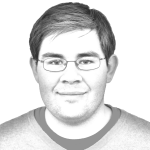