For all of the statistical and data innovations in basketball that prompted unique lineups, more scoring opportunities and more fluid pacing, the game still feels harder — or at least more frustrating — to watch. In large part, this sentiment exists because officiating and what constitutes a foul have evolved as the game itself has evolved. At the college level, we at Georgetown are wholly used to seeing Big East referees blow more air than the big bad wolf did in the Three Little Pigs. Everything from a hand check to the slightest contact warrants a whistle. In the NBA, this has increasingly been a topic of conversation as Hall of Fame players along with future Hall of Famers constantly label the NBA as a “soft” league relative to what it was like in the 1980s and 1990s. This begs two questions: are the allegations of the league being soft true, and if so, does it matter?

Unfortunately, there is no real way to quantify “softness.” It is extremely easy to compile a video montage of college and professional players mauling each other on drives down the lane in the 1990s and contrast it with the myriad of flopping that many feel exists today. The rules have certainly changed, but it should also be obvious as to why the NBA and NCAA aren’t exactly eager to bring back the days of men like Bill Laimbeer and Dennis Rodman, who terrorized and sometimes injured other players down low. Physical play is desirable up to a point, but the last thing any league whose revenue is driven by star power wants is to see its stars getting hurt.

Aside from the rule changes that banned hand checks, use of the forearm and rerouting players, and increased the consequences of flagrant fouls, the fundamental changes to the game itself have also added to the perception that today’s players are not as tough as past ones. For example, in 2014 Kobe Bryant said, “It’s more of a finesse game, it’s more small-ball, which, personally, I don’t really care much for. I like kind of smash-mouth, old-school basketball because that’s what I grew up watching.” Note what Bryant does not say, however. Bryant’s preference stems from his youth — not from his belief that style was necessarily better basketball or better for the league.

Teams can no longer win championships by dumping the ball to seven-foot centers and relying on them to back down defenders to the basket. The “mathimatization” of basketball has led executives and coaches to embrace quicker players, more off-ball plays and significantly higher quantities of three-point shooting. The starkest example of increased emphasis is on three-point shooting. In 1999-2000, albeit a strike-shortened season of 50 games, the NBA leaders in three-point attempts per game were the Sacramento Kings with 20.2. This season, through slightly more than 50 games, 24 out of 30 teams in the NBA average more than the 1999-2000 Kings. To put it simply, driving to the basket for layups has largely been replaced by driving and kicking the ball out to a shooter on the wing freed by an off-ball screen.

Judging by math and stats, the NBA has only gotten better since the physical days of the ’80s and ’90s. Judging by interest, the league is also markedly improving. Just last year, the NBA had its best in-person attendance season ever, and with advances in broadcast and social media, overall interest in the league has exploded. In the fall of 2014, the NBA was able to cash in on this increasing wave of popularity and inked a nine-year $24 billion media deal that is set to begin next season. In turn, this means that salary caps and the quantity of revenue that goes to players will explode and reach heights never seen before. If Bryant is correct, and the league has become less physical or softer, few really seem to mind. Fans are buying tickets, the NBA is becoming a more global brand and there is more money for everyone involved.

To be sure, the physical era of the ’80s to ’90s featured some of the best players to have ever played the game. To say the quality of play was low or lacking for what it was at the time would simply be untrue. In a perfect world, we could get the efficiency of this era combined with the physicality of the past, but that simply is not possible. If you want to call today’s NBA soft, that’s fine, but that still hasn’t stopped its critics from watching. 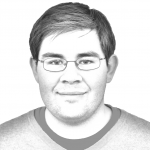