This past Sunday, I witnessed some of the purest passion for sports in New York and possibly in the nation. As I have done many times before, I took two trains and walked 20 minutes before I got to Red Bull Arena. This time was for the second leg of the MLS Eastern Conference Finals in which the New York Red Bulls fell to the Columbus Crew, 2-1.

As a loyal New York sports fan, I have been to Mets playoff games, Knicks playoff games and Rangers playoff games. I even witnessed the Rangers lose Game 7 at Madison Square Garden in the NHL Eastern Conference Finals. But no fan base can outdo the support I have seen at Red Bull Arena and all around Major League Soccer.

There have been plenty of articles written about the rise of MLS. In my opinion, more teenagers prefer soccer over baseball and players like Steven Gerrard and Andrea Pirlo are coming to MLS.

These all indicate that MLS is on the rise in the United States. However, that is not what resonates with me. Instead, it is being in a sold-out arena for a playoff game, standing and chanting with 25,000 other fans, for the entirety of the 90-minute match — and subsequently crying when our team narrowly misses advancing to the MLS Cup in stoppage time.

The rise and fall of every league is always rooted in fan interest: They’re the ones that buy the tickets and fund the league. The NFL is still thriving, but there are concerns about the league’s future, rooted in spectators’ concerns about player safety. On the contrary, the rise of MLS is marked by thousands of fans who jump, chant, wave flags and bang drums passionately during soccer matches.

These supporters have developed a culture specifically designed for MLS, while also drawing on the soccer culture around the globe. As more and more big-name European stars have joined the MLS, more fans emerge and develop this culture. From huge tifos draped over the arena before games, to bitter rivalries between supporters — that unfortunately have even turned violent — the league, with the help of its passionate supporters, is building a brand of its own.

These statements are not only supported by the clear passion and increased support that are evident to anyone following the league closely, but by statistics as well. According to an article from mlssooccer.com, league attendance for regular-season matches increased by 12.7 percent this year, and more and more matches are selling out. Orlando City SC, an expansion club this season, even sold out its opening match against a fellow expansion side in New York City FC. Orlando City’s fan support was strong throughout the long MLS season that lasts from March to October, setting an MLS record for average attendance by an expansion side. That is no small feat in a league that is just 20 years old, and a good indicator of growth.

Major League Soccer is on the rise. Still, it needs to improve. While television viewership numbers are encouraging, at times it struggles — especially on Sundays when it competes with the NFL. However, with growing numbers of passionate and dedicated fans, soccer supporters should be confident that America’s domestic league will continue to exhibit promising growth as we enter the culmination of this league’s successful season Sunday in Columbus, Ohio. The Columbus Crew will take on the Western Conference champions, the Portland Timbers, Sunday at 4 p.m. on ESPN for the MLS Cup. Be sure to tune in to witness a league that is going to have the attention of many Americans for years to come. 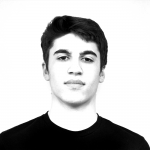 Darius Iraj is a freshman in the College. He is a deputy sports editor for The Hoya.