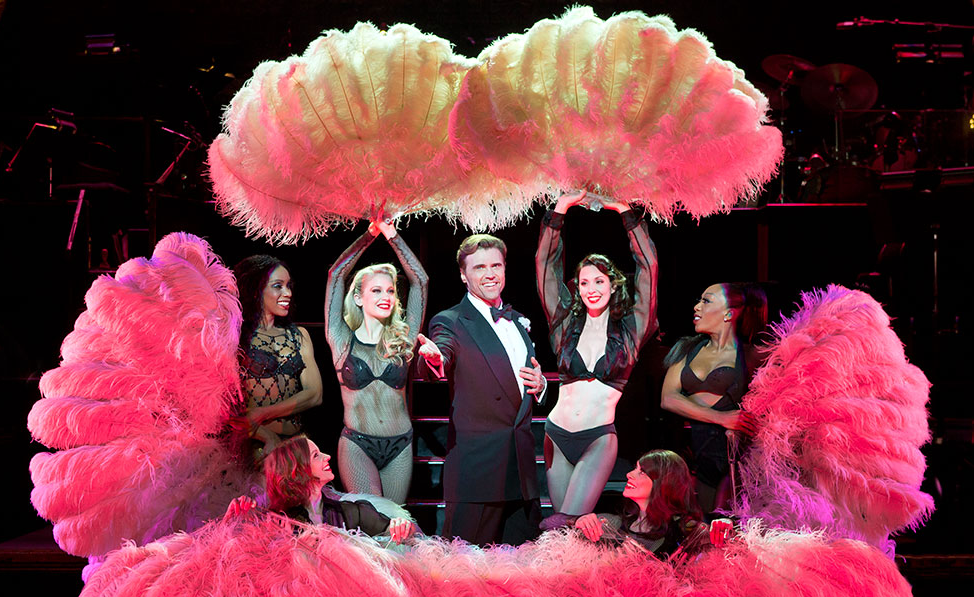 If you’ve seen the 2002 film adaptation of the musical “Chicago” — currently playing at the National Theatre downtown — you may think you know what to expect when the curtain rises. But, when you see the orchestra prominently positioned on the stage, and when the first notes of the iconic “All That Jazz” kick in with wailing brass and big-band grooves, you’ll know you’re in for a treat that only live theater can deliver.

“Chicago” tells the story of Roxie Hart and Velma Kelly — two women who find themselves on the wrong end of murder charges in Prohibition-era Chicago. When placed in the same cellblock — supervised by matriarch Mama Morton — the two begin a fierce rivalry for the attention of the murder-obsessed press and hire the same sleazy lawyer to clear their names.

The show has a long and storied history: It debuted in 1975 and is currently the longest running American musical in Broadway history, having played its 7,486th performance in late 2014.

“Chicago” was written and composed by the legendary musical-theater duo John Kander and Fred Ebb, who also wrote “Cabaret.” They based their work on the 1926 play of the same name, which was itself inspired by actual crimes. The original screenplay writer, Maurine Watkins, reported on the crimes in the 1920s for the Chicago Tribune.

The performance is a well thought-out satire of the city’s corruption, and the topic is rooted in Chicago’s obsession with killer women. As social views were rapidly changing, the pervading rumor became that women were unlikely to get convicted. In fact, Roxie Hart and Velma Kelly are based on the accused murderesses Beulah Annan and Belva Gaertner.

The show’s original choreography was created by Bob Fosse, one of the most respected choreographers in Broadway history. While most of this production is newly choreographed and chock-full of seductive sashays, the moments when it returns to Fosse’s original jazzy moves stand out.

It is easy to make comparisons to the film, which won the Academy Award for Best Picture in 2003 and starred Renée Zellweger and Catherine Zeta-Jones as the feuding murderesses and Richard Gere as their defense attorney. But, make no mistake: The two, while ostensibly telling the same story, are very different. One thing that the stage show nails that was lost in translation during the film was a sense of humor.

The movie takes itself very seriously. The musical, on the other hand, is chock-full of visual gags and the kind of subtle, live vocal humor that film fails to capture. Much of this humor comes from the ego-fueled diva at the center of the story — Roxie Hart. Played by Bianca Marroquin, she is captivating to watch, with even the most subtle facial expression leaving the audience in stitches.

Compared to the variety that the film was able to capture, the set and costumes are very simple for the stage production, with every actor wearing the same slinky costume to occupy a variety of roles. But don’t worry, you’ll barely notice.

The cast on this stop of the production’s national tour gets an added dash of pizazz with the addition of the legendary John O’Hurley.

While he may be best known today as the runner-up in the first season of “Dancing with the Stars” and the current host of the dog show that appears on TV after the Macy’s Thanksgiving Day Parade, O’Hurley has had a long career on the stage and on the screen. He perfectly fills the slimy shoes of lawyer Billy Flynn, who knows that all you need to do to win a case in Prohibition-era Chicago is to give the jury a little bit of “razzle dazzle.” O’Hurley certainly knows how to ham it up, and with a role like this and co-stars as strong as Marroquin, he has plenty of opportunities to shine.

With an impressive ensemble, this Washington, D.C. performance of “Chicago” is a worthwhile one. Whether you’re a major Broadway fan or a newcomer to the genre, the production is sure to have you tapping your feet with a grin on your face, so be sure to grab some tickets before it packs up and moves on to a new town.