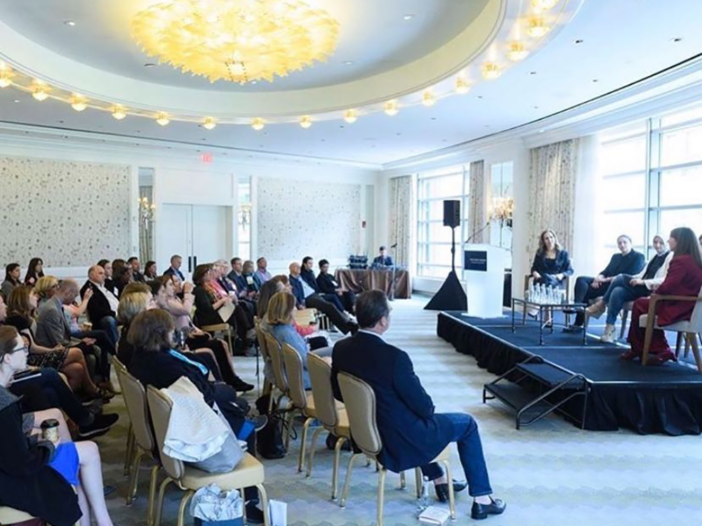 John Carroll Weekend, an annual alumni celebration set to take place April 16 to 19, 2020, will no longer be held in Hong Kong as a result of the city’s ongoing political unrest.

The Georgetown University Alumni Association announced its decision to move the four-day event in an Oct. 23 update on the JCW website. Though the celebration, which is open to all alumni, will no longer be held in Hong Kong, JCW is still set to take place the same weekend. The university has not yet announced the new location.

JCW typically features city tours, dozens of educational panels and social events. The weekend culminates with a banquet, celebrating the recipients of the John Carroll Award and Patrick Healy Award, which are awarded to alumni whose achievements exemplify the ideals of Georgetown and its founder, John Carroll. While JCW has been held across the United States and internationally in cities like Rome and Madrid, the event has never been hosted in Asia.

After a successful international alumni reunion in Hong Kong in 2015 and other regional Georgetown events, bringing JCW to Asia was the next step, according to Executive Director of the Alumni Association Julia Farr (CAS ’88).

“We have been developing our relationship with our community in Asia for many years,” Farr said in an interview with The Hoya. “This is a great time where we can go and have a wider celebration.”

Joan Shang (SFS ’08), the president of the Hong Kong chapter of the Alumni Club, wrote that she was eager to share her city with fellow alumni.

“I was quite happy for the opportunity to present my city to my fellow Hoyas from all over the world, though also quite aware of the logistical challenges of planning an event from halfway across the world,” Shang wrote in an email to The Hoya.

The Hong Kong weekend was expecting 1,200 alumni from across all of Georgetown’s nine graduate and undergraduate schools. But, over the past few months, alumni began notifying the Alumni Association that they would no longer attend the event given the ongoing political protests in Hong Kong, which have continued since June, according to Farr.

Hong Kong Chief Executive Carrie Lam introduced legislation in February that would allow criminal suspects to be extradited from Hong Kong to mainland China, igniting massive protests across the city. Lam has since withdrawn the bill, but protestors continue to call for institutional reforms in Hong Kong, such as addressing police brutality and increasing democratic freedom.

Ultimately, the event was canceled because of the logistical challenges that the uncertain political environment posed for an event of this size, according to Farr.

“We don’t know what will be happening in April 2020,” Farr said. “With great hope that this subsides for their community, but without knowing how things were going to be one way or the other, again logistically, and knowing that very fact could be influencing our alumni not to be going — that is why we couldn’t go forward.”

First held in 1952, JCW has grown from a single regional awards dinner to a multiday international event. An event of this size takes up to two years of planning, according to Farr. The 2019 JCW in Boston included over 75 different programs for alumni to attend, including walking tours and panels led by esteemed university leaders and faculty.

Given the ongoing protests, Shang understands the university’s decision.

“As this is a global event we are expecting people to fly in from across the world, and while local residents are quite used to the inconveniences of the protest, it would be too much to expect international speakers and visitors to accommodate those inconveniences,” Shang wrote.

The decision to relocate JCW did not come as a surprise, according to Shang, given the unrest and impact it has had on events planned in the city.

“To be honest, all kinds of events have been cancelling left right and centre since mid July,” Shang wrote. “It has constantly been at the back of our minds that this might happen. However, there was always the faint hope that compromises might be made and things might calm down sooner rather than later, for the sake of our city, but so far this has sadly not been the case.”

JCW has taken place every year since the event’s creation in 1952. The Alumni Association plans to hold a future JCW in Hong Kong, according to the Oct. 23 online announcement regarding the weekend.

Other alumni programming will continue to take place in Hong Kong throughout the year, Farr said.

“We’re deeply committed to our alumni in Asia,” Farr said. “We’re going back. And when it’s the right time, we’ll plan for this again.”