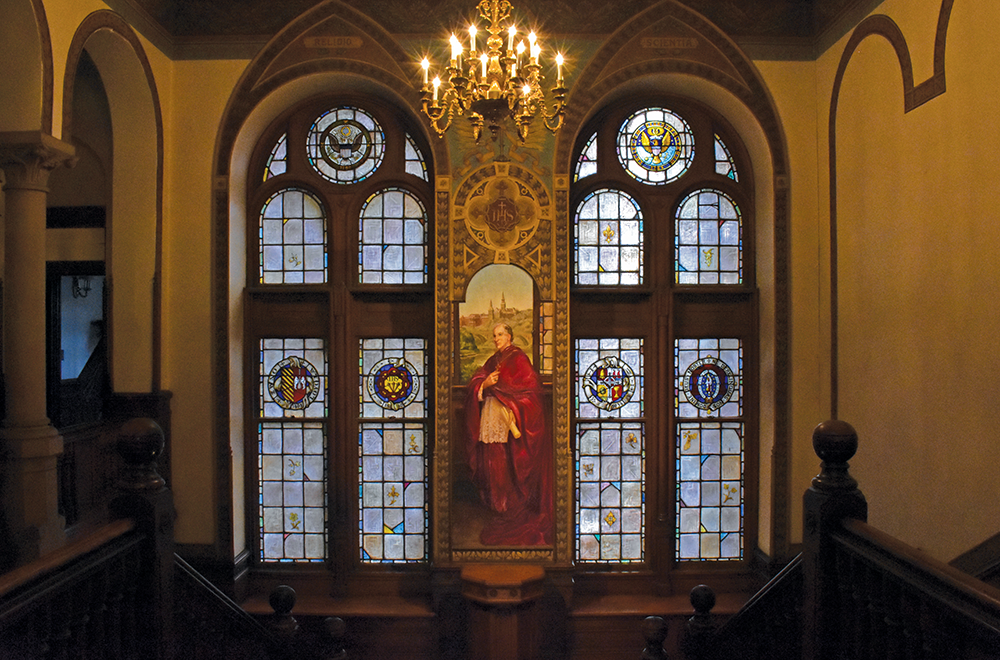 In the midst of an abuse crisis within the Catholic Church, the five Jesuit provinces in the United States released lists in December and January of priests accused of child sexual abuse. Yet the incomplete nature of these lists has sparked even greater criticism from lawyers and advocates, including lawyer Mitchell Garabedian, who has represented over 2,000 survivors of clerical  abuse.

“The diocese and Jesuit Provinces want to appear as doing the right thing when they’re in fact doing the bare minimum,” Garabedian said in a phone interview with The Hoya.

Two ordained Jesuits with previous Georgetown affiliations and credible abuse allegations — Fr. Thomas M. Gannon, S.J., and Bernard Knoth — served in the Maryland Province but did not appear in the province’s Dec. 17 report, even after another province’s report revealed their time at Georgetown four days later.

And while the Maryland Province report named priests credibly accused of abusing minors, it mentioned no priests accused of abusing young adults, such as former Georgetown professor Fr. Daniel C. O’Connell, S.J., who settled two cases in 2003 and 2016 with survivors of his abuse.

The Maryland Province affirmed its commitment to protecting both minors and adults from clergy abuse.

“The Jesuits are committed to the protection of minors and vulnerable adults in the conduct of our ministry, employing a strict zero-tolerance policy and reporting to civil authorities all accusations of sexual abuse involving a minor,” a Maryland Province spokesperson wrote in a statement to The Hoya.

Yet experts continue to criticize the Jesuits’ unwillingness to reveal information about cases of sexual misconduct. Lawyers and advocates feel Georgetown students and parents have a right to know more about potential abusers on campus and think that the Jesuits could be failing to disclose assaults of young adults — including college students.

The Jesuit lists followed an October invitation to release names of priests by the Conference of Major Superiors of Men, a national organization representing the leadership of Catholic male religious institutes and societies, including the Society of Jesus.

From Dec. 7 to Jan. 19, all five Jesuit provinces published lists of abusive priests affiliated with their respective province. However, experts who track clergy abuse say the Jesuits have withheld dozens of names of priests credibly accused of sexual misconduct.

Jesuit and Catholic officials are generally unwilling to name predatory priests, according to David Clohessy, former national director of the Survivors Network of those Abused by Priests.

“Typically the Jesuits or Catholic officials release the absolute bare minimum that they have to,” Clohessy said in a phone interview with The Hoya.

The Maryland Province’s December report also named two Jesuit priests without listing their affiliations with Georgetown: McLaughlin and Bradley. McLaughlin worked summers at Georgetown University Hospital between 1965 and 1983, while Bradley served for a year as a campus minister in 1970.

When asked about these two priests, Gabriele said McLaughlin was never assigned to the hospital and only came to work during the summers of the 1980s. However, a 2010 statement from the Maryland Province noted McLaughlin’s 18 years at Georgetown University Hospital.

Bradley was ordained the year before he gained work at Georgetown. He was on campus completing his theological studies, according to Gabriele.

Technical differences provide the Jesuits an excuse to withhold information, according to Clohessy.

“In all provinces, there is a tremendous amount of hairsplitting,” Clohessy said.

Some reports released by the five Jesuit provinces delineated between priests with single or multiple allegations of abuse. However, the scope of priests’ abuse is rarely limited to one incident, according to David Pooler, a Baylor University professor who surveyed 280 adult survivors of clergy sexual abuse.

“My research suggests that there aren’t that many people out there doing these single acts,” Pooler said in a phone interview with The Hoya. “This is a way of being, a way of exploiting vulnerabilities and misusing power.”

Patrick Wall, a former priest, said he has never seen an abuser who harmed only one survivor in his 25 years of experience as a researcher and legal advocate against clergy abuse.

“Once you cross that boundary of behavior, there’s never only one,” Wall said. “No one who is a straight thinker or honest will tell you differently.”

Seven of the nine Jesuits in the province reports linked to Georgetown – excluding Martin J. Casey and Michael L. Barber – had multiple allegations of abuse. However, none of the provincial reports indicated the exact number of allegations against any priest with more than one, which Clohessy felt was deceptive.

The Maryland Province did not release the number of allegations out of concern for survivors’ rights and other factors, according to Gabriele.

“Between victims’ rights and other things, we just didn’t want to put details about the number of allegations,” Gabriele said.

However, Clohessy felt that the Jesuits’ unwillingness to withhold details stemmed from a desire for self-preservation.

“They release information in a way that is most minimizing and advantageous to themselves,” Clohessy said. “None of them, for example, provide photos and last known address of these guys.”

Wall, an expert in canon law, believes the Jesuits are aware of more sexual abusers within the order than have been disclosed, citing a practice known as the manifestation of conscience, which is unique to the Society of Jesus: Jesuits are required to meet annually with the head of their province and tell them every sin they have ever committed.

Wall feels it is irresponsible for the Jesuits to place priests with a history of abuse at universities given their knowledge through the manifestation of conscience.

“That’s why it’s even more heinous when the Jesuits put their perpetrators right on campus at Georgetown,” Wall said.

Priests with a history of abusing minors also pose a threat to college students, according to Pooler.

“If someone has been accused of abusing a child or an adolescent, do I have concerns with them working on a university campus? Absolutely,” Pooler said. “I think that’s really, really concerning. Because what you see is the proclivity to misuse power, to exploit and take advantage of vulnerability.”

Jesuit universities have played a role for housing priests accused with abuse, according to Wall.

“The best way to hide a Jesuit is to hide them at a Jesuit university, a Jesuit institution,” Wall said. “There are a good dozen Jesuit universities in the United States where you simply put them in the local community.”

Because the Maryland Province report did not include priests accused of abusing adults, Mike Reck, a lawyer who has worked on many cases of clerical abuse, felt strongly that the Jesuits could be concealing cases of sexual misconduct against young adults, including college students.

“It’s a very reasonable assumption that the Jesuits are withholding information about sexual misconduct between its clerics and young adults who are under their control,” Reck said.

When asked why the province report focused only on minors, Gabriele explained that the province followed the church’s broader emphasis on minors.

“That is what the church in general, the Catholic Church, is dealing with right now; the people of God have demanded more transparency when it comes to the protection of minors,” Gabriele said.

But Wall argued the Society of Jesus should be doing more to ensure that the Georgetown community is safe and informed about predatory priests.

“Parents and students have a right to expect that they shouldn’t be sexually assaulted by a Jesuit in attending a Jesuit university,” Wall said.