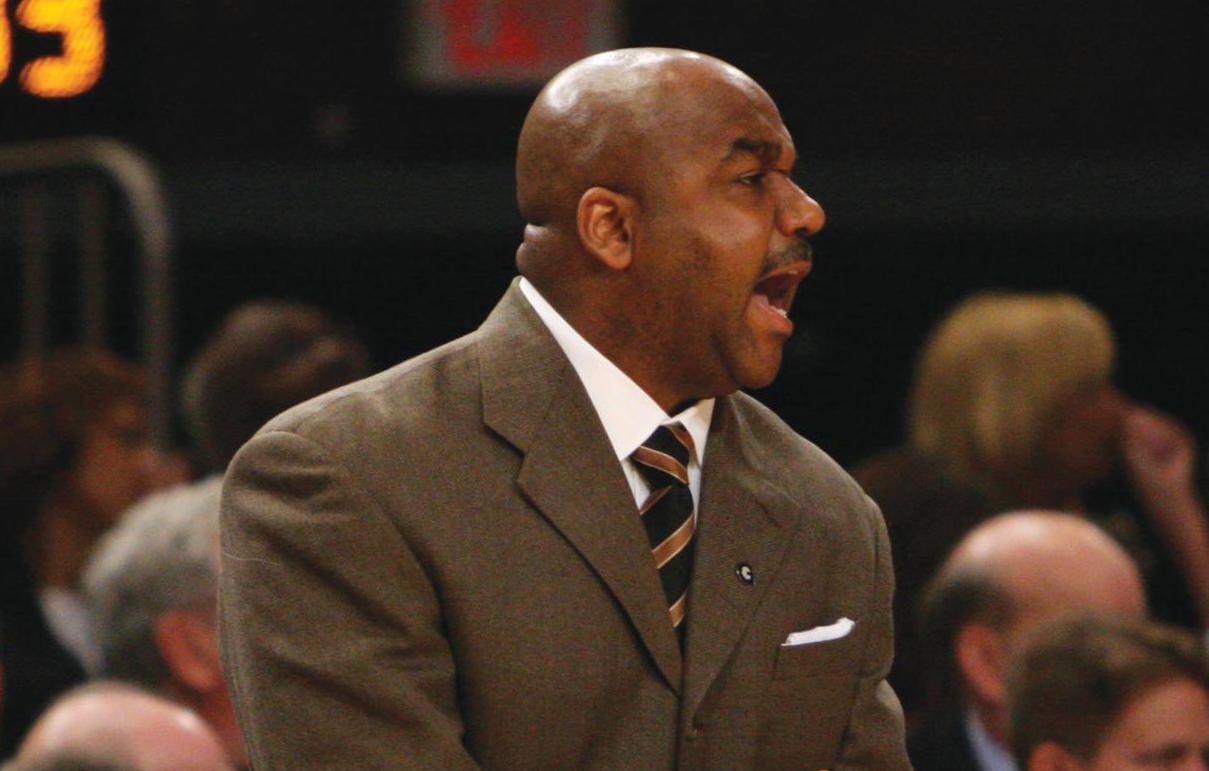 After losing two consecutive seasons without any postseason play, Head Coach John Thompson III has been fired from his position in the men’s basketball program, according to a statement released by the university Thursday.

Thompson’s dismissal comes after the worst four-year stretch in his 13-year tenure, where he missed the NCAA Tournament three times in four years, finished with two straight losing seasons and failed to qualify for any postseason tournament in those two seasons. His overall record the past two seasons has been 69-62, 32-40 in the Big East conference — the third-worst in that time span.

“I am honored to have been the Head Coach at Georgetown University for the past 13 years, where I had the privilege of coaching and mentoring outstanding student-athletes. I am proud of what my players have accomplished on the court and how they are thriving since leaving Georgetown,” Thompson wrote in an email sent through his attorney.

Thompson’s father, John Thompson Jr., brought Georgetown basketball to the national spotlight. Thompson Jr. coached the team to three Final Fours in a four-year span from 1982 to 1985, including the school’s sole National Championship in 1984.

Fans have grown increasingly discontent with the program in recent weeks, especially on the heels of this past season. Georgetown closed with six straight losses, including consecutive defeats at the hands of DePaul and St. John’s in late February, finishing in ninth place in the 10-team conference. The Hoyas’ overall record of 14-18 was the worst in program history since accumulating a 3-23 record in the 1971-72 season.

About three weeks ago, students launched a petition to fire Thompson on the heels of ESPN and student articles regarding the fan base’s general malaise toward the program and Thompson as a coach. The petition received more than 1,400 signatures from students and alumni.

According to Sports Information Director Michael Carey, the search for the program’s next head coach will be led by Paul Tagliabue (COL ’62), vice chair of Georgetown’s board of directors and former NFL commissioner, along with Athletics Director Lee Reed.

“Decisions like this are not easy to make and are not made without a thorough process,” Reed wrote in a statement. “While we all recognize John’s tremendous achievements as head coach at Georgetown, what I value equally about him are his high level of character and the integrity with which he guided our program.”

University President John J. DeGioia reiterated the impact Thompson has made to the university, both on and off the court.

“For thirteen years, he has been one of the elite coaches in college basketball. His performance as a coach has been exceptional, and he has served our community with remarkable distinction and integrity, sustaining our commitment to the academic performance of our students and providing them with the very best preparation for their lives beyond the Hilltop,” DeGioia wrote in a press release.

In his tenure at Georgetown, Thompson amassed an overall record of 278-151 coupled with a Sweet 16 appearance, a Final Four appearance and eight overall NCAA Tournament appearances. Since 2007, however, the Hoyas have not made it past the round of 32 in their last six tournament appearances.
Thompson finished his Georgetown coaching career with winning records in 11 of the 13 seasons.

However, those two losing seasons came in the past two years, marking the first time since the 1972-74 seasons in which the Hoyas failed to qualify for a postseason tournament in consecutive seasons.
Roey Hadar (SFS ’17), one of the students who started the petition to fire Thompson and CasualHoya.com’s senior student correspondent, voiced his approval of the decision to dismiss Thompson.

“It’s encouraging to see the university make this decision. I hope the program can move forward, find the right candidate for the opening, and make necessary changes to the program both on and off the court,” Hadar wrote in an email to The Hoya. “Speaking on behalf of students concerned about Georgetown basketball, I also hope that the university incorporates the input of the dedicated student and alumni fans who lobbied for this change in its search for a new head coach.”

Since the end of the season, four-star recruit and ESPN Top 100 player Tremont Waters requested his release from the university. Reports also surfaced stating that junior forward Trey Mourning was planning to transfer. Junior guard L.J. Peak, the team’s second-leading scorer this season, declared for the NBA draft Tuesday.

Next year’s head coach will lead a team with nine scholarship players — eight if Mourning transfers — and faces the challenge of rebuilding with a youthful Georgetown squad. In the meantime, Thompson thanked the fans for their continued support and said he is excited for his next coaching opportunity.

“I am grateful to the fans of Georgetown for their tremendous support,” Thompson wrote. “Georgetown Basketball has been a part of my life since 1972, which makes this moment even more impactful but I look forward to my next chapter.”