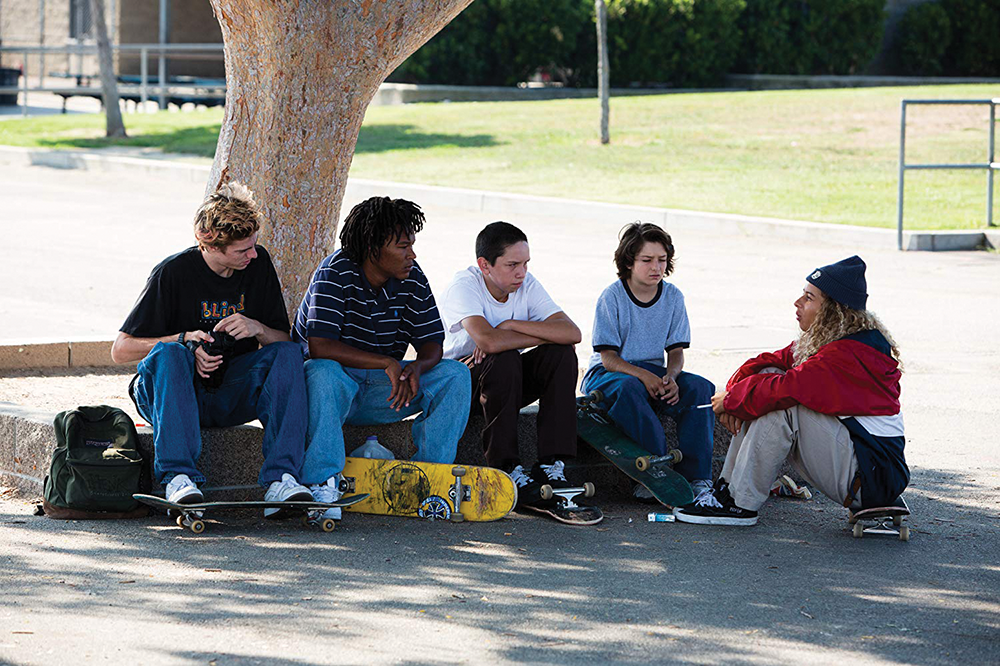 In his writing, directorial and producing debut, Hill tells the story of Stevie, a prepubescent boy played by Sunny Suljic, who is desperate to make new friends and escape from the monotony of his home life. Stevie’s awkwardness and innocence immediately tug at the heartstrings of the audience, who can’t help but root for him to prevail over the torments of his brutish older brother, Ian, portrayed by Lucas Hedges, whose approval Stevie craves.

From the very start of the film, the film highlights the insecurities that inevitably shape adolescence. Suljic convincingly portrays the discomfort his character feels in his own skin. At first, the lack of dialogue speaks volumes, depicting the boredom that Stevie feels stifled by, as well as his fear of fully expressing himself in front of others.

Stevie’s curiosity and thirst for adventure prove contagious, drawing the audience in as Stevie endearingly tries to insert himself into the Los Angeles skateboard scene. The group of skateboarders he eventually befriends embodies a youthful mischief that amuses both Steve and the audience. Chemistry radiates between the boys, allowing them to authentically discuss difficult issues like racism and the cyclical nature of poverty.

Hill artfully injects humor into these conversations to reflect how accustomed the boys have grown to these societal flaws that shape their lives. The boys’ nicknames, like “F–ksh-t” and “Fourth Grade,” are symbolic of their playful group of friends, who officially initiate Stevie when he is renamed “Sunburn.”

The film largely documents Stevie’s avid attempts to become a skilled skateboarder, but his desire to master the sport represents his greater desire to form his own identity, separate from the one his family has forced upon him.

Most of the scenes are largely uneventful and reflect the aimlessness of adolescence. Yet, Hill challenges the negative assumptions about these laidback boys by suggesting their lack of direction and drive may be attributed to forces more powerful than the boys themselves.

Tensions begin to brew as the growing aspirations of the group’s leader, Ray, increasingly distances him from the easygoing F–ksh-t, who revels in his own immaturity and lack of ambition. The conflict between them makes for striking commentary on the limitations that class and race place on people as early as adolescence.

Hill leads the audience to question whether Ray’s attempts to break free from these social confines are admirable or simply naive. “Mid90s” embodies a haunting pessimism as it suggests that the futures of these teens and those like them are predestined.

Hill pays careful attention to the development of each character, none of whom are allowed to become mere tropes. All of the boys are multifaceted and subtly given context to explain their questionable decisions. A revelation about one of the boys’ home life reminds the audience of the dangers of making assumptions, as well as the complexities that shape the lives of the most ordinary people. Hill refuses to let the audience underestimate these teenagers, portraying the promise and potential that even the most problematic young people possess.

One of the movie’s greatest strengths lies in its ability to create powerful moments out of the simplest of scenes. However, the film briefly stumbles during a serious scene that would have benefited from further development by Hill to avoid causing an awkward shift in tone that confuses the audience and seems to contradict the message of the film.

Despite the stumble in tone, “Mid90s” gorgeously captures the decade to which it is paying homage. From the effortlessly cool wardrobe to the colorful soundtrack — a mix of hip hop, alternative rock and punk — all the elements of the film work together to leave the audience yearning for the carefree essence of their youth.