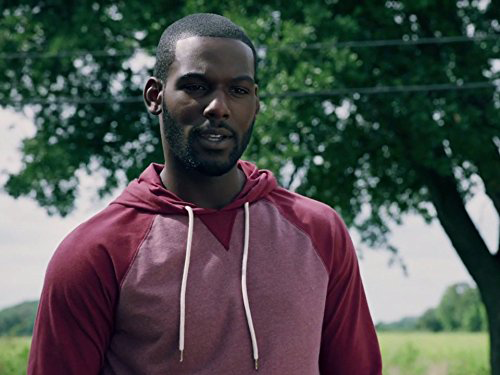 This article discusses depression and suicide. Please refer to the end of the article for resources on campus.

“JUMP” is a poignant exploration of the darkness surrounding grief and depression. The short film follows Ziggy — played by Kofi Siriboe, who also wrote, produced and directed the film — a young man struggling to cope and share his pain with his loved ones. Although those around him try to engage him in their lives and social activities, Ziggy remains distant and melancholy, even contemplating suicide.

The short film’s all-black cast is consciously used to reflect the unique mental health-related difficulties that the black community faces. According to a report by the U.S. Department of Health and Human Services Office of Minority Health, black people are 10 percent more likely to report having serious psychological distress than non-Hispanic white people.

Furthermore, a paper published in the Journal of the American Medical Association reported that black children are nearly twice as likely to commit suicide than their white counterparts. Siriboe attributes this fact to the stigma around mental health and the avoidance of open conversations about it in the black community.

In an interview with The Grio, Siriboe said that this film was inspired by the realization that “[he] didn’t have to feel the shame and stigma [he] inherited just by being born a black man.” [“Black people] don’t do therapy. We don’t hear it in the lyrics of our music or see it in our movies. Celebrities didn’t talk about it until recently,” he said. “JUMP” speaks to the perils of this stigmatization, highlighting the need for more discussions and better support systems within the community.

Little dialogue is used in the film, an artistic choice that strikingly portrays the difficulty of expressing one’s struggles with mental health. Music is used as a powerful alternative, with solemn lyrics such as “No one knows if you’re dead or alive inside / No one knows if my heart stops breathing” employed to evoke the haunting nature of depression and the toxic thoughts it cultivates.

Though the film’s use of symbolism through the little girl is mostly effective, there are a few moments where its intended purpose is unclear. A prime example is the character Jael, a young girl who seems to be a figment of Ziggy’s imagination and often appears suddenly throughout the film, with Ziggy chasing after her each time to no avail.

The viewer is left uncertain of whether or not she is a symbol of the childhood innocence and joy Ziggy craves, or contrastingly, if Jael is a symbol of the suicidal thoughts that haunt him. The latter possibility is offered in the final scene when she leads Ziggy to the edge of a bridge and waves goodbye, seemingly encouraging him to jump. Greater clarification of Jael’s meaning to Ziggy would have made the short film all the more compelling.

Nonetheless, the film leaves a powerful lasting impression. Together, Anthony Brooks’ gorgeous cinematography and the emotive acting push the viewer to think more critically about mental health and the various societal factors that compromise it. The final words of the film, “God’s got you,” are an unexpected yet bold statement from Siriboe, presenting faith as a key motivating force to overcoming depression.

However, he warns his viewers not to take these words as a suggestion that religion is the remedy to mental health troubles. “If we do believe in God and believe He is going to heal us, He relies on our actions and our faith,” Siriboe says in the film. “We can’t just sit back and keep dying and keep smoking blunts and keep being depressed and believing some savior is going to come out of thin air and save us. We are gonna have to do our part.”

Though “JUMP” could have more deeply explored what individual and collective action about mental health would involve to elevate its purpose and impact, the film powerfully addresses the significant and poignant topic through compelling artistic choices in dialogue and symbolism.