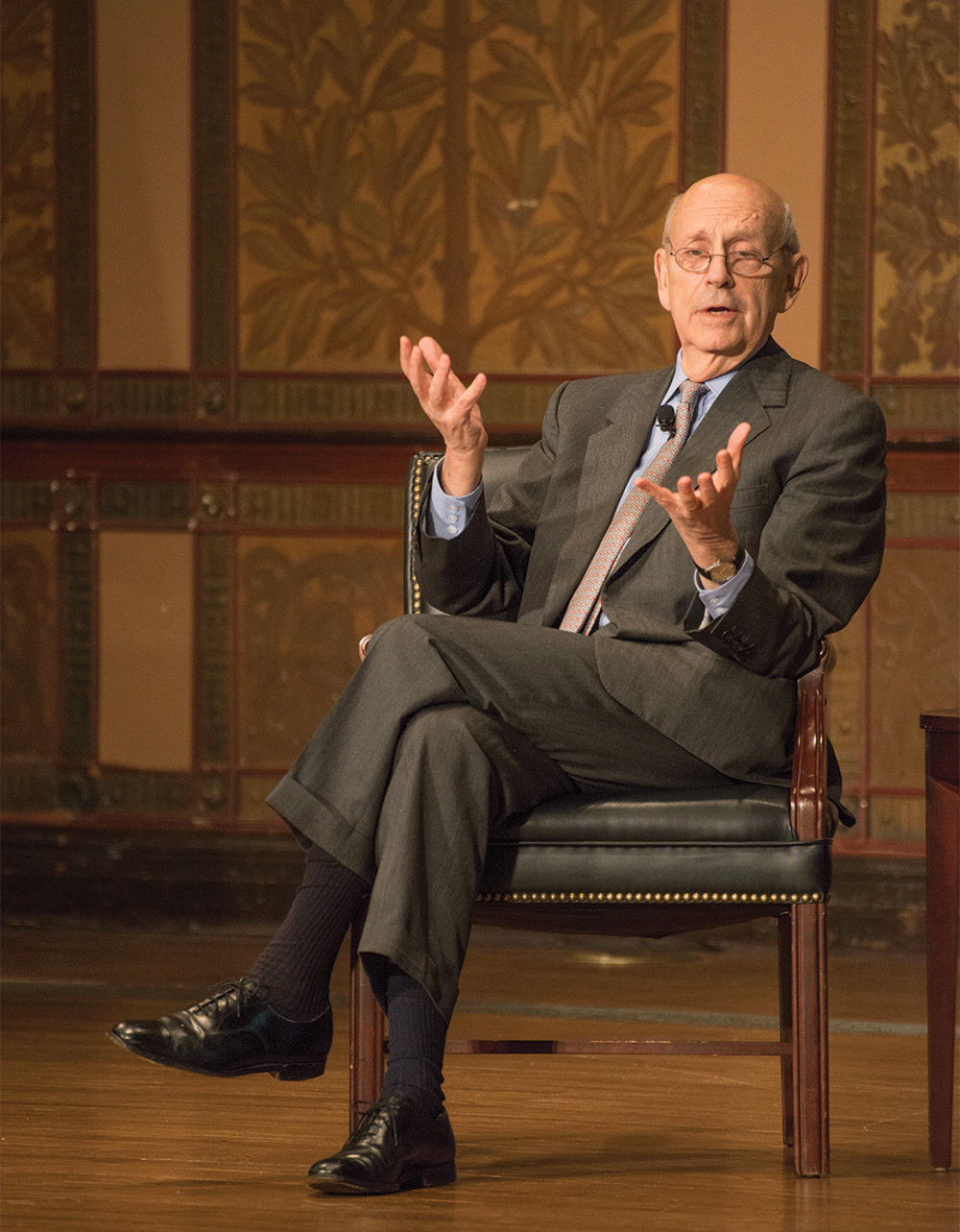 Supreme Court Associate Justice Stephen Breyer argued that the court should take a more global perspective in legal deliberations and defended the responsibility of the court to uphold the rule of law in a conversation hosted by the department of government as part of the Marver H. Bernstein Symposium in Gaston Hall on Thursday.

Breyer, who has been on the Supreme Court since 1994, explained the central argument of his 2015 book, “The Court and the World: American Law and the New Global Realities,” which suggests that legal procedures in the United States should be analyzed in a global context, as U.S. legal decisions have worldwide implications and affect American interests in the long run.

“There is no jurist who has better articulated the idea that law should work for people, no jurist more committed to making government work more effectively, no jurist today who has taken his outside activities to educate the public,” Katzmann said. “To Justice Breyer, government exists to address very human problems, and he has never lost sight of those human concerns as he examines government’s role. Law is not just about doctrine and abstract concepts. Law itself is a human institution serving the basic human and societal needs.”

Breyer said his book demonstrates the Supreme Court’s role in an interconnected world, especially given debates between national security and individual rights.

“Universality: You better interpret a statute the way other countries are going to be interpreting this,” Breyer said. “It’s got to work out in some way that you can universalize the decision. Judges in this court have to be thinking about the universality of the principle they are using in a case.”

Breyer argued that the common alternative to his perspective, that the court should remain isolated from international legal developments, is counterproductive to U.S. interests.

Breyer also emphasized the unique nature of the rule of law in the United States.

“Our Constitution is power given by liberty, rather than liberty given by power. It is referring to the fact that in Europe, the power is at the center. The king might decide to give you liberty, but it’s from the center,” Breyer said. “In the United States it’s the reverse. Power lies in, ‘We the People of the United States.’ It is the people who give the power to the center. They are given. The government doesn’t have to give. That’s the power of the Constitution.”

A question-and-answer session followed Breyer and Treanor’s conversation, with questions ranging from Breyer’s stance on the religious liberty debate to the tension between national security and privacy to the power of the First Amendment.

Breyer said Supreme Court deliberations are often not about what is right or wrong, but about conflicts between permissible and protected actions.

“In general, the way these things work is the difficult cases in the SCOTUS are very rarely right versus wrong. That is to say, you have on one hand freedom of speech, and on the other hand privacy. For example, a case where somebody unlawfully takes a recording of union workers in a state that forbids that and then gives it to a newspaper, is privacy or freedom of speech violated? That’s a hard issue,” Breyer said. “Typically what happens is it depends on what the facts are of a particular case.”

Breyer also emphasized the need to protect all types of speech, including ideas the majority strongly disagrees with.

“You have to remind people that the First Amendment is not there for people you agree with and it is not there for people who you don’t agree with but you don’t really think are really awful,” Breyer said. “It’s there for the people you think are really awful. That’s why we have it. I think a university is a place that exhibits the need for this and the importance of it more than any other place.”

Grant Olson (COL ’19), who has heard Breyer speak before, said he appreciates the clarity of his arguments.