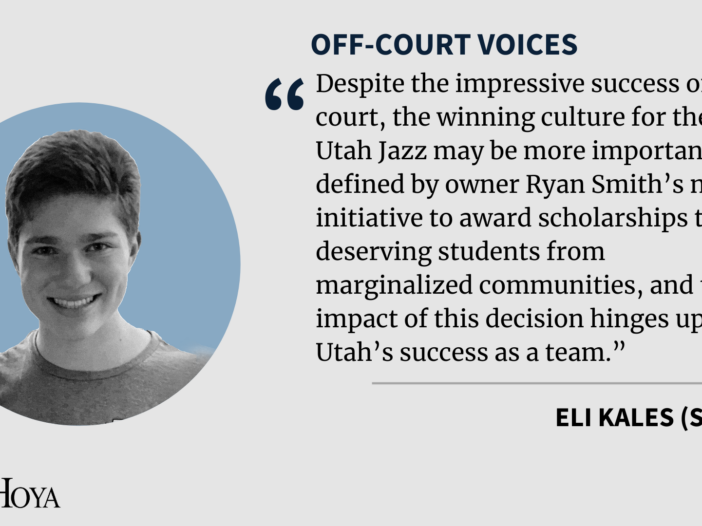 The Utah Jazz have emerged as a perennial Western Conference contender in recent years. Even with their superstar duo of All-Star shooting guard Donovan Mitchell and two-time NBA Defensive Player of the Year center Rudy Gobert, however, they have struggled to find success past the early playoff rounds. This season, Utah is off to its hottest start in the Mitchell-Gobert era, sitting atop the Western Conference with a 19-5 record and an 11-game winning streak under its belt.

For Utah, winning is nothing new. Even in its first season under the ownership of Ryan Smith, who purchased the team in October 2020, Utah’s winning streak has manifested on and off the court. Under a new initiative championed by Smith, Utah will be sponsoring a four-year college scholarship to an underrepresented or minority student for each win during the 2020-2021 season, the first such scholarship for an NBA team and an admirable move by Smith to expand the team’s impact.

Despite the impressive success on the court, the winning culture for Utah may be more importantly defined by Smith’s new initiative to award scholarships to deserving students from marginalized communities, and the impact of this decision hinges upon Utah’s success as a team. In 2020, the NBA was a leader in elevating its players to advocate for social change and progress, most notably supporting its players’ choice to hold a strike following the murder of Jacob Blake by a police officer in July. Yet Utah’s initiative is unique in its performance-based nature, driving the team to perform at a level that will not only reward it, but also its community and students in need.

While winning basketball strategies focus on offensive sharp shooting and strong defensive play, the NBA is about more than the players’ efforts on the court. A basketball team is defined by the culture of the squad as a whole, an aggregate of the values, goals, teamwork and drive present in the larger organization. The culture of a team is inseparable from its gameplay; success and failure are determined by both the team’s star players and the team’s values.

Players, coaches, executives and fans all play a part in defining a team. For Utah, new ownership helped redefine its team culture, steered by the young and innovative Smith. At just 42 years old, he contrasts greatly with the septuagenarian Gail Miller, whose family had owned the team for the 35 years prior to the billion-dollar sale in 2020.

Now, Utah is off to its best start since 1998, when John Stockton and Karl Malone led the team to a 37-13 record in a strike-shortened season as the defending Western Conference champions and a 19-4 mark to start the season. As Utah creeps in on this record for the first time in the Mitchell-Gobert era, the new culture Smith has promoted seems to have proven successful in energizing the team and setting it up for success.

In addition to three wins from a perfect preseason, Utah is already up to 22 scholarships that will be given to deserving students just a third of the way into the season. A reinvented basketball club with a forward-thinking owner, Utah’s winning culture defines it not only as a successful team in the standings, but also a team able to make an unprecedented impact in its community.

Eli Kales is a first-year in the School of Foreign Service. Off-Court Voices appears online every other week.