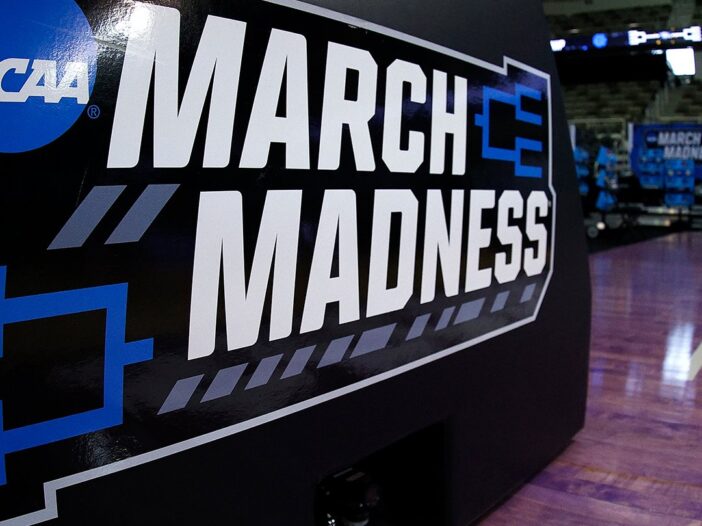 On Wednesday, Sept. 29, the National Collegiate Athletic Association (NCAA) announced that it would begin using its trademark slogan, “March Madness,” for the Division I women’s basketball tournament in an attempt to remedy historical inequalities between its men’s and women’s championships.

The move comes after notable outcry during the NCAA Division I basketball tournaments in March, when NCAA women’s basketball players began sharing images showing that while men’s training facilities featured weight equipment and a room filled with benches, racks and barbell weights, the women’s facility had just one folding table with a stack of yoga mats and a measly selection of weights.

While male athletes feasted on buffet-style dinners, female athletes were left with pre-packaged meals. The safety of female players was deprioritized by the NCAA as female athletes were given COVID-19 antigen tests instead of the more effective PCR tests given to the men. Even the compensatory swag bags differed for men’s and women’s basketball players.

A probe commissioned by the NCAA led to the release of a report in August determining the NCAA has historically undervalued women’s basketball compared to men’s. The report detailed the ways in which systemic inequalities constrain the growth of women’s sports and individual female athletes, and cited specific instances in which the NCAA refused to use “March Madness” branding for the women’s tournament and broadcasting. Furthermore, the report criticized calculations from the NCAA that attempted to justify the disparities between the two tournaments, citing revenue allocation statistics.

“Thank you for using the three biggest weeks of your organization’s year to expose exactly how you feel about women’s basketball — an afterthought,” Fortner wrote. “These disparities are just a snapshot of larger, more pervasive issues when it comes to women’s sports and the NCAA.”

The change to include the “March Madness” brand in the women’s basketball tournament will go into place for the 2022 tournament set for mid-March.

Marketing the women’s tournament under the designation of “March Madness” coincides with the NCAA’s renewed commitment to enhancing and growing women’s basketball as a sport, according to NCAA Vice President of Women’s Basketball Lynn Holzman.

“Women’s basketball has grown tremendously over the past few years,” Holzman said in a Sept. 29 interview. “The brand recognition that March Madness carries will broaden marketing opportunities as we continue that work to elevate the women’s basketball championship.”

The NCAA promised additional financial changes to rectify its inequalities between the basketball tournaments. The NCAA also decided to use a zero-based budgeting method to determine the finances allocated to the two tournaments, a move that hopes to achieve financial equity and increase opportunities for cross-promotion and collaboration. Instead of determining budgets by adjusting figures from the previous year, the NCAA will instead begin at zero every year and start anew with budgeting.

While the announcement serves as a promising sign for increased gender equality in college athletics, the NCAA has yet to announce how the adoption of “March Madness” branding will be implemented, leading to questions about the ways in which the organization plans to improve the women’s tournament in practice.

The move was essential in correcting the NCAA’s previous errors, yet more work is still necessary, according to Chair of the NCAA Division I Women’s Basketball Oversight Committee Lisa Campos.