It has become a daily event for Egyptian people to lose touch with the modern world. Some neighborhoods lose touch six times a day for up to two hours. The cause of this barbaric isolation is Egypt’s blackouts.

It is not an exaggeration to say Egypt is facing an energy crisis. The rapidly growing population currently demands 27,700 megawatts of energy a day, which is 20 percent more than power stations can provide. The current government, led by Prime Minister Mehleb and President Abdel Fattah al-Sisi, claims the blackouts are the result of terrorist attacks on the nation’s energy infrastructure. The facts tell a different story.

Egypt currently powers its electric plants with natural gas mined from within its borders. The Egyptian government relies on foreign companies to extract the gas.

But these foreign companies can no longer be relied upon to operate mines since Egypt has increasingly proven to be a poor investment for such companies this past decade.

The Egyptian government currently owes international energy companies roughly 5.7 billion dollars. Bailouts from Saudi Arabia, the United Arab Emirates and their Gulf Allies are the only reason the country has been able to keep their head above water. Currently, it is uncertain how long Gulf States will continue to save Egypt from drowning.

Few signs of loan repayment and dangerous unrest in the Middle East caused by multiple wars and the rise of ISIS make Egypt look like an increasingly wasteful investment. If Egypt were to try and repay the companies themselves, the massive withdrawal from the national treasury would eventually devalue Egyptian currency to the point of bankruptcy.

The supply of natural gas has become increasingly unreliable. Prior to 2012, Egypt exported much of its natural gas for profit. However, due to an astronomical increase in demand, all produced natural gas is now used to supply domestic demand; the nation has even begun to import some supplies.

Domestic natural gas plants yield less and less as time wears on. Infrastructure at the plants is crumbling, and reserves in tapped areas are running low. Foreign companies are unwilling to tap the few remaining gas pockets until Egypt’s overdue debts are paid.

The executives of BG, the primary natural gas extracting company, say that “the problem is widespread and points to the vicious circle of non-payment, noninvestment and diminishing production.”

Egypt could begin to control the energy crisis by reducing its massive energy subsidies and raising the prices on natural gas, but this would almost certainly lead to unrest in the streets.

The ability to provide power at reasonable cost has become a key determinant of political success in Egypt. It is well known that blackouts and fuel shortages were main reasons why protestors marched against Morsi in Tahrir Square last year. Even if it continues to keep prices down, the government cannot prevent the blackout epidemic. If something is not done soon to solve the energy crisis, unrest will certainly engulf the country once again.

Investment in natural gas will not be enough to solve the energy crisis in Egypt. There is simply not enough natural gas to supply the nation’s demands. Structural change to the energy economy is required. The most practical shift would be one to solar and wind energy. Sunlight and wind are two of the few things not on the list of shortages in Egypt.

Solar energy is an especially realistic option since the cost of solar panels has decreased almost 90 percent during the last 10 years. Conversion to solar energy is widely accepted as the cheapest, cleanest and most practical long-term solution.

The current crisis in Egypt should serve as a warning to other nations overly reliant on oil and natural gas for energy. The industry may seem bright now, but as wells are sucked dry, the lights will start to flicker until eventually everyone is left in the dark. In 1912, Frank Shuman, inventor of the world’s first solar-thermal power station, warned that “one thing [he is] sure of is that the human race must finally utilize direct sun power or revert back to barbarism.”

Egypt’s dark days are proving he might be right. 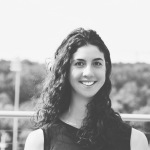