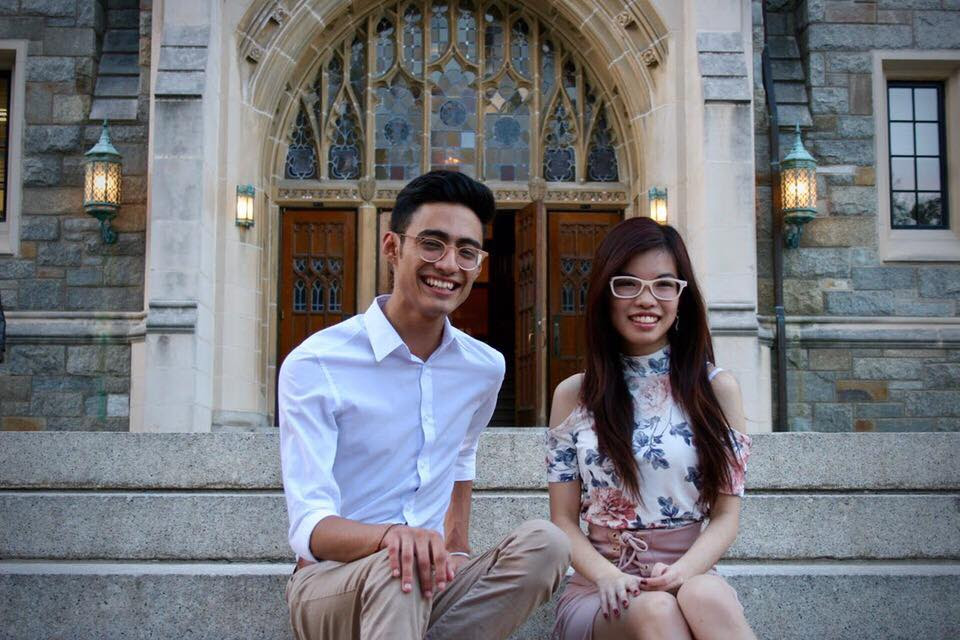 Martinez approached Chick, former chair of the mental health policy team, about the possibility of being nominated on Sept. 26. The pair previously worked together on the off-campus therapy stipend to provide mental health support for low-income students. The stipend successfully launched last spring after a $10,000 university contribution and a Saxafund fundraising effort.

“I could tell that Juan and I had (and continue to have) a similar passion for improving the college/university experiences of Georgetown students,” Chick wrote in an email to The Hoya. “Ultimately, I decided to accept the nomination because I know that GUSA and, more importantly, the student body at large face many difficulties, particularly now, and I want to do all that I can to help ease those difficulties, rebuild student confidence in GUSA and advocate for student wellness on campus.”

Chick is the first GUSA executive of East Asian descent and Martinez is the first Latinx and undocumented president. Improving diversity and creating an inclusive GUSA environment are critical for Martinez and Chick.

“I think this speaks to the larger lack of diversity when it comes to people of East Asian descent in positions of leadership,” Chick wrote about her heritage. “I am also proud to announce a senior staff that is diverse in a number of ways, from race to ability.”

Martinez and Chick plan to focus their administration on advocacy, transparency and student health, according to Chick. Both have experience in policy and advocacy with GUSA, and hope to encourage other students to work for change, Chick wrote.

Chick’s passion for improving student health and wellness is why she first became involved with GUSA, she said.

“I originally became involved in GUSA to serve as the GUSA Chair of the Mental Health Policy Team because I was very passionate about creating a Georgetown that is conducive to the health and wellness of its students, especially those who are experiencing difficulties in mental health,” Chick wrote.

Continuing this work as vice president is a top priority for Chick, from educating students on well-being to eliminating barriers for health resources.

“I also want to work towards promoting a more survivor-centric campus culture by advocating for healthier student interactions and greater awareness,” Chick wrote.

Given the atypical circumstances surrounding Chick’s appointment as vice president, rebuilding student confidence in GUSA is vital, she said. Chick hopes to better communicate GUSA’s role and purpose to the student community.

“Oftentimes, there’s a perception that GUSA is all about a self-serving pursuit of ‘status’ or ‘attention,’ but at the end of the day, I got involved in GUSA and I’m remaining involved in GUSA because it’s really about working to make Georgetown a better place for all Hoyas,” Chick wrote. “Whether it’s academics, quality of life, mental health, or any other area, my priority is making the experience better for all students.”

Correction: An earlier version of this story incorrectly stated that Kenna Chick was confirmed Oct. 3.

This article was updated June 23 to indicate the absence of Title IX or Office of Student Conduct complaints and to include comment from Nair.