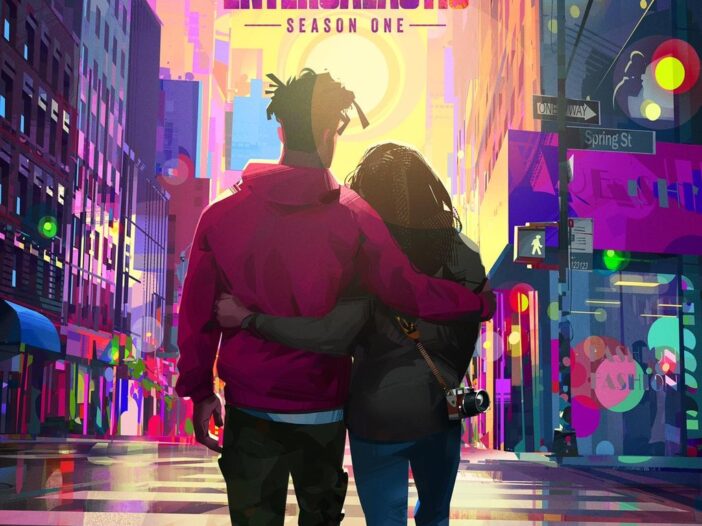 For over a decade, Kid Cudi has championed the “lonely stoner” he referenced in “Day ‘N’ Nite,” his first hit single: the misunderstood, emotional male who finds solace in drug-fueled escapes from the despair of night.

His 2009 debut, “Man on the Moon: The End of Day,” became a collection of anthems for teenagers smoking their first blunt or railing against the unjust world after being rejected by their crush. Since then, Cudi has been attempting to revisit the relatable loner-stoner, sorrow-tomorrow narratives he constructed back before the internet gave us abominations that claimed to convey “true pain” like XXXTENTACION songs over edits of Bart Simpson.

In an interview with Complex magazine, Cudi explained his latest studio album, “Entergalactic,” as his “perspective on love” which “people haven’t really heard.” Yet in reality, it represents more of the same trite nostalgia for narratives of lonely stoners.

Based on the themes of an upbeat love song from “Man on the Moon” called “Enter Galactic (Love Connection Part I),” the album “Entergalactic” is the accompanying soundtrack for an animated Netflix special that Cudi co-wrote, about — you’ll never guess — a moody stoner, voiced by Cudi who, of course, finds love with his neighbor. The film is serene and pastel, more interested in creating a vibe than a compelling narrative.

Unfortunately, without the animation’s charming visuals, the soundtrack is sonically watered down, like the mellow urge to lie on the floor when you are stoned. The beats are ear friendly but not very interesting, like video game background music. Tracks like “New Mode” and “In Love” feature bubbly, somewhat psychedelic synths that are completely forgettable, and the guitar lines on “Ignite the Love” and “Can’t Shake Her” are emotionless.

Moreover, Cudi lacks the earworm charm of some of his melodies back on “Man on the Moon.” On “Entergalactic,” his autotuned warble usually resonates as a lifeless, flatline buzz, with Ty Dolla $ign carrying more vocal inflection in two features than Cudi on the whole album. And on songs like “In Love,” “Burrow” and “Angel,” Cudi simply hums over the track whenever he doesn’t have anything substantive to say, sounding like a caricature of himself.

Lyrics have never been Kid Cudi’s strong suit. Look no further than the original “Enter Galactic (Love Connection Part 1)” on Cudi’s “Man on the Moon III: The Chosen,” where he proudly raps the painfully uncomfortable lines: “Because your voice is angelesque (aye) / I want to kiss you on your space below your navelette / The taste that you keep neat, so moist like a towelette.” Try saying that out loud without laughing.

On “Entergalactic,” thankfully, there are no bars as absurd — but instead, Cudi’s focus on writing from the perspective of his character turns his rapping into vague, boring cliches about emotions. His definition of love seems to be straight from a middle schooler’s love letter, as displayed in the song “In Love,” where he delivers the cringeworthy line, “Never have I seen someone so pretty, wow / it’s pretty, wow, crazy.”

Cudi’s blunt discussion of loneliness and depression is specifically evident throughout “In Love,” which starts with an elongated sigh into the microphone and ends with him yet again lamenting how he is the “lonely” man. The whining, “why, why, why” chorus of “She’s Looking For Me” is representative of the whole album: a maudlin but banal atmosphere of emotions that leaves the listener feeling empty.

Ironically, the most enjoyable part of “Entergalactic” is “Livin’ My Truth,” where Cudi raps some of the more evocative lyrics on the album over a sample of Al Green’s “Simply Beautiful,” immediately invoking Kanye West comparisons.

Originally a throwaway from Cudi and Kanye’s 2018 collaboration album “Kids See Ghosts,” the drums on “Livin’ My Truth” were reproduced by artist E.Vax to avoid crediting Kanye due to Cudi’s friendship with comedian Pete Davidson, who dated Kim Kardashian, Kanye’s former wife. That bit of pettiness is likely the most interesting part of the entire album, because there is nothing particularly heartfelt, ethereal or transcendent about “Entergalactic.”

The album is not completely unlistenable, but Cudi’s droning vocals and dull beats make the auditory experience feel pointless, like hearing somebody humming next to you in an elevator.

“Entergalactic” is indicative of the inherent impossibility of repackaging an artistic and cultural formula built over a decade ago. It just gets boring.