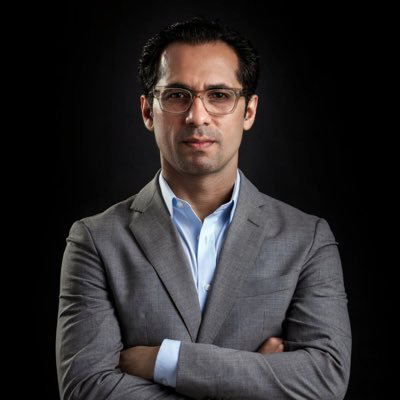 Tanzanian billionaire and member of the Board of Advisors to the McDonough School of Business Mohammed Dewji (MSB ’98) returned home safely Oct. 20 after armed robbers abducted and held him for nine days.

Two masked gunmen seized Dewji outside of the Colosseum Hotel on Oct. 11 in Dar Es Salaam, Tanzania’s largest city and commercial capital. Dewji’s abduction received international attention from news media, and his family offered nearly $500,000 for information that could lead to his return.

Police found Dewji nine days later in Dar Es Salaam around 3 a.m. after his captors released him uninjured. In a tweet attributed to Dewji from the account of the Mo Dewji Foundation, an organization he started to reduce poverty in Tanzania, Dewji announced his release.

“I thank Allah that I have returned home safely. I thank all my fellow Tanzanians, and everyone around the world for their prayers. I thank the authorities of Tanzania, including the Police Force for working for my safe return,” Dewji wrote in a tweet.

Dewji, 43, is Africa’s youngest billionaire, according to Forbes. Dewji formerly served in the Tanzanian Parliament and is currently the CEO of MeTL Group, a multinational corporation founded by his father, Gulamabbas Dewji, in the 1970s and Tanzania’s largest company, bringing in annual revenues of $1.5 billion, according to Quartz.

Dewji currently sits on the MSB’s Board of Advisors, and he has not only welcomed many Hoyas to Tanzania to assist in global study but also serves as an ambassador for the university and its values, MSB Dean Paul Almeida wrote in an email to The Hoya.

“As a longtime member of the McDonough School of Business Board of Advisors, Mo has been invaluable to the school’s efforts to be the best in the world and the best for the world,” Almeida said. “He blends his successful business career with a responsibility to give back to others, particularly in efforts to create sustainable avenues for eliminating poverty in Africa. Through philanthropy and civil service, has made a significant impact in Tanzania.”

Dewji said his abductors spoke a South African language, adding to police suspicions that his captors were foreigners. Dewji also told Tanzanian authorities that despite offering to pay ransom, his kidnappers did not accept any offers. The motive for the abduction is currently unknown, Tanzania’s Inspector General of Police Simon Sirro said.

“Mohammed Dewji told us that the kidnappers wanted money but were very afraid, even though they were armed. He asked them several times how much they wanted but they gave no figure,” Sirro said to Al Jazeera.

“We now know their network; we know which country the plans were made,” Sirro said.

News of Dewji’s abduction also affected the Georgetown community, and Almeida said the community is thankful Dewji is unharmed and back home.

“We were saddened to hear of Mo Dewji’s abduction on October 11, and our entire community has been praying for his safety,” Almeida said. “We were relieved to hear the news that he was reunited with his loved ones over the weekend.”