The No. 1 pick in a fantasy football draft is both a blessing from the fantasy gods and a dark curse. It can be your first step to glory and the championship, but it can also create false expectations. You will receive no sympathy from your competitors if your season tanks. You will receive no mercy. While it is a great opportunity, you have to capitalize on it. So, who should you target with the first pick?

The way I see it, there are five legitimate options at the top of your draft. The near misses to this hallowed group include running backs Matt Forte and DeMarco Murray and wide receivers Antonio Brown, Demaryius Thomas and Dez Bryant. I like Forte and Murray, but their teams’ respective offensive line woes, in addition to other concerns (age for Forte, injury risk for Murray) limit their top-five upside. I have fewer problems with the wideouts listed above; however, I am a firm believer that any fantasy roster has to be built around a top-flight running back. It is simply a matter of supply and demand; in my experience, you are far more likely to find starter-worthy wide receivers than running backs late in the draft.

Now, the top five: coming in at fifth overall I have Seattle’s Marshawn Lynch, aka “Beast Mode.” A touchdown maven, Lynch is only held back by workload and age concerns. The fourth player overall is Jamaal Charles, Kansas City’s do-everything back. I have personally been a Charles owner the past two years; I love this man. But I admit, while last year he again was dominant, his workload dropped enough to make him at times frustrating to own. While he is perhaps the most exciting player in the league with the ball in his hands, unless Andy Reid changes his philosophy, I’m worried Charles simply won’t have the touches to warrant a top-three overall pick.

At third overall, I have slotted Le’Veon Bell, the Pittsburgh Steelers stud. After a sophomore season coming-out party that saw him put up 4.7 yards per carry, pull in 83 receptions and post eleven total touchdowns, Bell would be the unanimous No. 1 overall player in fantasy if he were not facing a three-game suspension to start the year. That will hurt to start; but trust me, if you own Bell, all will be forgiven come playoff time. Just snag DeAngelo Williams, Bell’s backup, in a later round and you’ll be all set.

Now here comes a controversial player. If you can look past his off-the-field transgressions, I would recommend taking Adrian Peterson second overall. Before last year’s wasted season, Peterson was one of the safest and most dominant fantasy players around. He never had a season in which he averaged less than 4.4 yards per carry, and the last time he had to make a miraculous comeback, in 2012 after ACL surgery, he had a season for the ages: 2,314 total yards and 13 touchdowns. Are you kidding me? Whenever a player misses serious time on the field, for whatever reason, it’s a red flag. But if I’m judging purely off of my belief in his football skill, Peterson has to be taken No. 2, if not No. 1.

But who do I have penciled in as my first overall pick? Meet Eddie Lacy of the Green Bay Packers, ladies and gentlemen. He is the perfect blend of upside and safety. Star quarterback Aaron Rodgers, wide receiver Jordy Nelson and the rest of the Packers’ high-flying offense open up running lanes for the former Alabama running back, who is more than capable of taking advantage of those opportunities with his aggressive running style. Take away a disastrous start to the season for him last year, and Lacy put up 12 touchdowns and averaged 5.1 yards per carry over the final twelve games. Give me Lacy No. 1, and see you in the playoffs.

Until next time, fantasy lovers, play on. 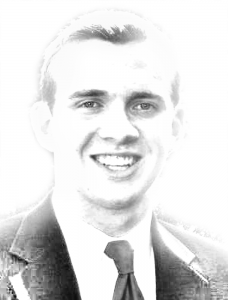 Joe Lanzilla is a rising senior in the School of Foreign Service. Fantasy Football Corner appears every other Tuesday.