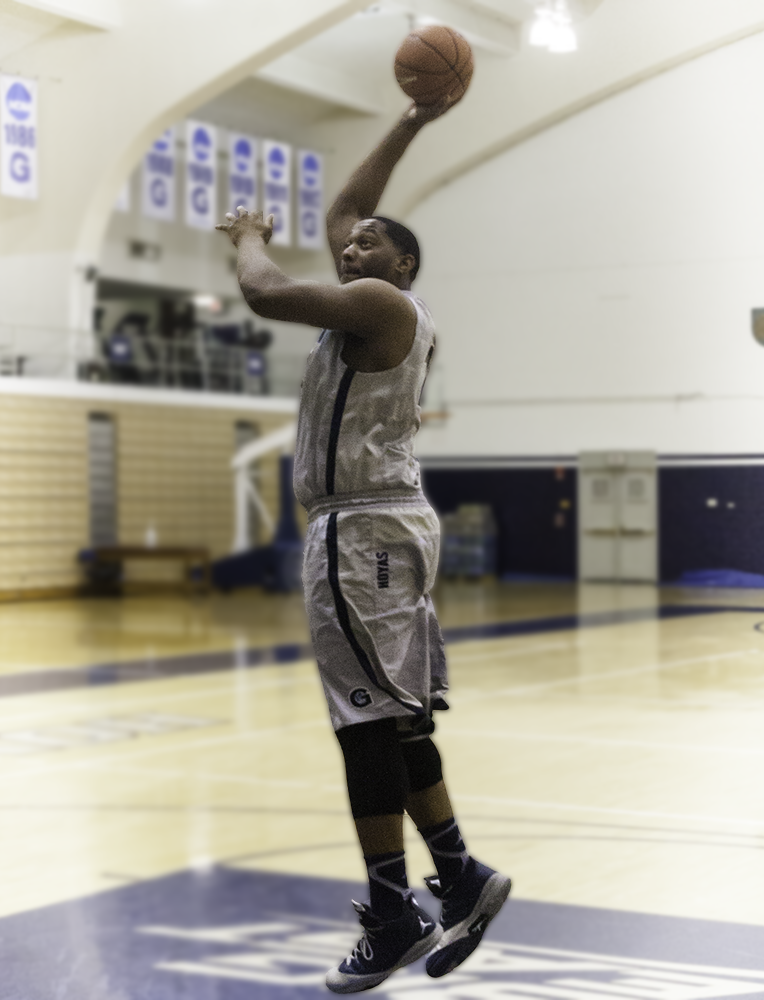 High expectations are certainly nothing new for senior center Josh Smith, and this year they are higher than ever before.

The former University of California, Los Angeles player’s final year of collegiate basketball is tinged with an air of urgency and high expectations. But with academic and fitness issues reportedly under control, Smith may be ready to meet the challenge.

After a surprise NCAA ruling in October granted him two years of eligibility last year, Smith disappointed, averaging 3.4 rebounds, 11.5 points and just under 20 minutes per game before being suspended for academic reasons in January. Smith’s absence had a direct effect on the team’s success; Georgetown was 10-3 before his suspension, but just 8-12 without the 6-foot-10-inch center, ending the season 18-15.

During his first game with the team, which took place in South Korea against the University of Oregon, Smith led Georgetown in scoring, totalling 25 points in a close loss.

“Josh has done everything at a high level so far this year,” Thompson said. “Now, sitting here a year ago, I said the same thing, and so now it’s up to him to maintain what he has been doing. Because as of now, he’s on point with everything on the floor as well as in the classroom, but I said the same thing at this point last year, so now he has to continue to do it.”

Smith’s absence clearly hurt the team last season; after his team was picked to finish a close second in the Big East behind Marquette University in the preseason coaches poll, Smith watched from the sidelines as Georgetown limped to an 8-10 Big East mark and a seventh-place finish in the conference.

“Last year watching them, the only thing I could do was offer moral support. I’m not going to let these guys down again,” Smith said.

Smith transferred to Georgetown in January 2013 after two tumultuous seasons and six games of a third with a dysfunctional UCLA team. He had helped the Bruins advance to the third round of the 2011 NCAA tournament, but conditioning problems and decreasing minutes led Smith to leave UCLA Head Coach Ben Howland’s program for personal reasons.

As a senior at Georgetown, however, Smith hopes to set the right example for the younger students on the team.

“[Senior guard] Jabril [Trawick], [junior guard D’Vauntes Smith-Rivera], [senior forward Aaron Bowen], [senior forward] Mikael [Hopkins] [and I] are the leaders. Anytime you have five freshmen, you want to set the tone and let them know we’re anchoring the team,” Smith said. “I think the most [rebounds] I had in a game last year was five or six, and that’s unacceptable.”

Smith’s rebounding is crucial for a team that graduated center Moses Ayegba (COL ’14) and whose only other center is junior Bradley Hayes, who saw just 3.2 minutes of action per game last season. At the same time, however, Thompson’s offense demands mobility and versatility, problems that the 350-pound Smith struggled with both last season and during his time at UCLA.

Smith-Rivera sees Smith’s presence on the floor as crucial to the team’s success.

“You can see that our in-and-out game wasn’t as good as it was with Josh,” Smith-Rivera said. “Now that Josh is back, it will open up the floor for everybody. I think that is the big thing for us, getting him back along with the talent that we acquired this year and gelling it all together.”

Potentially even more important than Smith’s on-court presence is his reliability, motivation and commitment to the team, which seem to be improved this season.

“[I’ve seen] consistency [from Josh Smith],” Smith-Rivera said. “It will be a big thing for him, just being reliable for the team, and he has been that.”

“It was good for me. I got my first job ever,” Smith said. “I worked at a Nordstrom that had me in salon shoes; I was in the mail room at first, and then I got upgraded.”

Smith is a senior in college now, a long way from being a 5-foot 5-year-old in Washington, but he has faced the burden of high expectations on the basketball court for his entire career. This season may be his last opportunity to make it to the next level; to realize his potential and become a legitimate NBA prospect, he must demonstrate improvement both in his skills as well as in his reliability and attitude.

If Smith contributes on the floor this year and becomes a team leader, the sky is the limit for the Hoyas.

Correction: The article originally said Josh Smith’s first game with the Hoyas was against Oregon State University. It was against the University of Oregon.