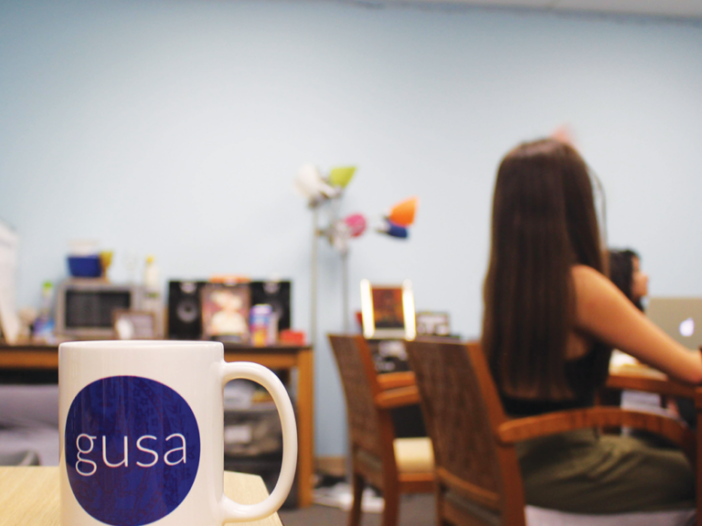 Polls closed for the GUSA Senate elections Sept. 19 after a contentious and unorthodox campaign cycle. Seven Black Georgetown students were also elected to the senate, the highest number in history, according to GUSA Vice President and former Senator Bryce Badger (MSB ’21).

With a diverse incoming senate, GUSA will be better able to accurately represent and support the student body, especially marginalized groups on campus, according to GUSA Senate Speaker Daniella Sanchez (COL ’22).

“Perspectives that have been overlooked and misrepresented for so long will finally have a voice in the room,” Sanchez wrote in an email to The Hoya. “No longer will predominantly cis white men debate issues that affect marginalized communities. Time after time, these men promised to fight our issues for us. However, we are more than capable of doing it ourselves. This Senate has the opportunity to enact incredible, long-lasting change that will affect students for generations and promote opportunities for more communities to feel empowered to join.”

Many students who clinched senate seats joined the campaign by petition days before polls were set to open. The election saw eight out of the 12 students who petitioned to be in the race win seats. Many of these newly elected senators are BIPOC candidates advocating for a more diverse and inclusive senate.

Makayla Jeffries (COL ’23), one of the newly elected sophomores who petitioned to join the ballot, was initially hesitant to join the contest because of concerns about GUSA culture.

“I had been thinking about running for GUSA Senate since my freshman year, but I’d been turned off from it by all these horror stories, the way people’s faces dropped as soon as I brought up GUSA Senate,” Jeffries said in an interview with The Hoya. “I don’t know if I had the personality that fits what a GUSA senator is supposed to be.”

Jeffries also expressed her frustrations over past senates’ treatment of female senators of color, a sentiment shared earlier this week by some students in GroupMe chats. Jeffries specifically mentioned the experience of former GUSA Senator Alexandra Mucher (COL ’22), who resigned from the senate Jan. 26, citing a toxic work environment.

The petitions succeeded in creating a more diverse and representative senate, according to GUSA Senator Leo Rassieur (COL ’23), who won reelection.

“This race was definitely shaken up by the addition of all of the candidates who petitioned after we succeeded in extending the petition period during the emergency senate meeting,” Rassieur wrote in an email to The Hoya. “The Senate’s makeup has changed dramatically as a result of the election, and I think we’ll finally be able to represent the diverse community that Georgetown is.”

Jeffries was among the candidates running as part of the Progressive Coalition, a group co-founded last semester by Senator Leo Teixeira (COL ’21) to advocate for marginalized groups on campus.

“Myself and a few other senators, who have since graduated, came to this conclusion that the senate (and the trajectory it was on) was not sufficiently advocating for marginalized communities and had a crisis of performative action,” Teixeira wrote in an email to The Hoya. “The goal of the coalition has always been to win a strong number of seats in the senate, so we saw the benefit of having such a large number of candidates coming together.”

Overall, 19 members of the Progressive Coalition, a cohort of GUSA and non-GUSA members focused on student activism, successfully won their seats in the senate. The group currently includes about 30 to 40 students, 27 of whom ran for senate seats. The Progressive Coalition has no ties to the Georgetown Progressive Alliance, a different student group on campus.

Many incumbent senators will not be serving in the senate this year. Several senators dropped out of the race before polls opened Sept. 17 amid tensions surrounding the work culture in the senate, and several others resigned from the senate earlier this year.