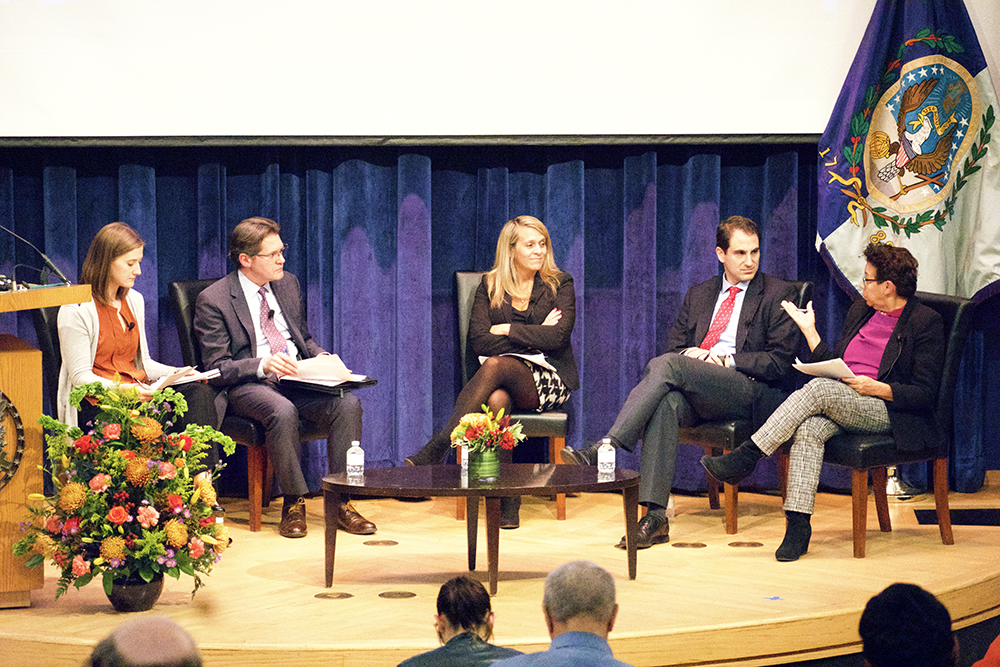 Latin American countries must overcome significant infrastructure problems before transitioning to more sustainable forms of energy, according to a panel of energy experts Oct. 27.

Gonzalez said these countries should prioritize adapting their economies for renewable energy to ensure their citizens have affordable future options.

Gonzalez said these countries should remain committed to the 2016 Paris climate agreement, a United Nations convention between 196 countries to reduce greenhouse gas emissions beginning in 2020.

“We need to ensure that we have the mechanisms to spread renewables as fast as we can with the technology that allows us to be increasingly competitive,” Gonzales said.

La Porta said mining is essential to procuring green technologies. She cited a World Bank study that indicated that increased development of low-carbon implements has led to an increase in the demand for minerals like zinc, steel and copper.

“Everybody knows, without minerals, there would simply be no low-carbon future possible,” La Porta said.

La Porta said mining companies should invest in meeting the demands of the Paris agreement. However, she noted that for this investment to be effective, Latin American countries would need a radical restructuring of their energy supply and transmission systems.

“A green technology future is materially intensive and, if not properly managed, could bely the efforts and policies of supplying countries to meet their objectives of meeting climate and related sustainable goals,” La Porta said.

Flores, comparing La Porta’s argument to Mexico’s situation, said the country will struggle to meet its goal of a 22 percent reduction in greenhouse gas emissions by 2030 because doing so requires shifting energy resources from the production of oil, where Mexico is a leading player, to that of steel, where it possesses no similar competitiveness.

Currently, Mexico’s state-managed oil company, Pemex, is implementing a national energy reform directive to modernize its facilities around the country and open up to private investment.

However, Flores said Mexico’s struggles do not stem from a lack of energy resources, but from a lack of coordination in supplying them to each industry. In spite of this, he expects the country to continue working towards procuring these green, steel-based technologies and working towards fulfilling its objective.

“It makes sense to push for this transition, even though there are barriers to it,” Flores said.

According to Gaskin-Reyes, who previously worked at the World Bank, Latin American and Caribbean countries also face the challenge of balancing continued resource extraction with the welfare of indigenous communities. Countries seeking greater access to natural resources often face resistance from indigenous people who reside in resource rich regions.

Gaskin-Reyes called for these countries to enact long-term energy plans that incorporated consultation and cooperation with these communities, as well as government accountability, transparency and oversight, to ensure these resources are managed in a way that leads to long-term benefits for the entire population.

“Take extra care about these things,” Gaskin-Reyes said. “Be active and proactive in managing the resource base, and looking at the long term. Governments are notoriously short-term, but be active in thinking of setting up the structure that is going to combat the structure of heaviness to a sustainable government.”