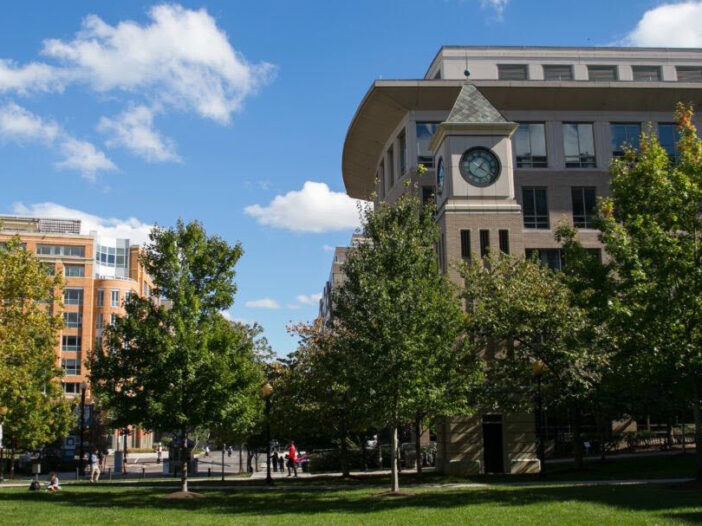 Georgetown University Law Center launched celebrations for its 150th anniversary this month, kicking off a year of celebration of the Law Center’s growth from a small program for a handful of students to a world-renowned school with a stated commitment to justice.

Only a two-year evening school at the time, the Law Center held its first class Oct. 5, 1870. Its first class comprised 25 students from 13 states, Washington, D.C. and Cuba, and it was the first law school created by a Jesuit university in the United States. Now, 150 years later, roughly 40,000 students have graduated from the Law Center.

“Georgetown Law is unique among top law schools in that it opened as an evening school, and that meant that people who worked could go to law school and get a great legal education,” Treanor said in an interview with The Hoya. “So, that commitment to opening doors has really shaped us for 150 years.”

The legacy of the Law Center over the past 150 years is reflected through the school’s motto, “Law is but a means, justice is the end,” according to Paul Ohm, associate dean for academic affairs at the Law Center.

To commemorate the anniversary of its first classes, the Law Center launched the 150th Anniversary Week Oct. 5, which featured assorted virtual programming and tributes, including a Twitter video featuring commentary by Law Center faculty members, students and others connected to the school, along with a lecture series called “Lawyers as Leaders.”

These “Lawyers as Leaders” lectures, which will continue to take place over the next few months, highlight the achievements of various faculty members of the Law Center who are prominent in their respective fields, according to Treanor. Among those featured so far are public health lawyer Lawrence Gostin, constitutional and criminal lawyer Victoria Nourse and Peter Edelman, who specializes in constitutional law and issues of poverty in law.

In light of the COVID-19 pandemic, many celebrations and events have been reconfigured to a virtual format. Regardless, the events will still serve as meaningful celebrations of the Law Center’s legacy, according to Treanor.

“We’ve been dealing with the virtual environment, but we’ve been trying to be creative about having programs that are exciting and innovative and that you wouldn’t have anywhere else,” Treanor said. “It’s not the 150th anniversary that we’d anticipated, but it’s still going to be exciting and community building and historic.”

“There’ll always be some work for us to do, but that will be the constant at Georgetown. It’s part of our motto, it’s part of our historical legacy through the Jesuit mission and it’s part of what all of our faculty believe in,” Mylniec said in a video posted to the Law Center’s Twitter account. “We believe in contemplation through action. That is the best of what education does, and if we can do that in every decade, maybe we’ll make ourselves irrelevant in the long run and solve all those problems.”