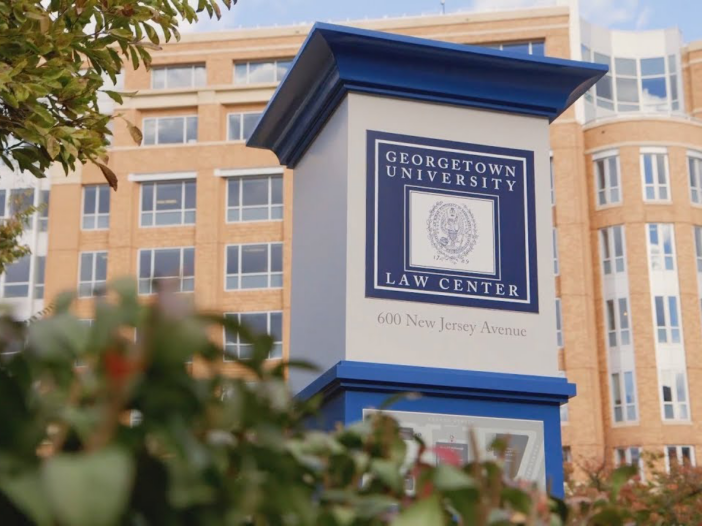 Bedoya is a visiting professor at the Georgetown University Law Center (GULC) with expertise in data security and privacy law. He is also the founding director of the Center on Privacy and Technology, a think tank focused on privacy and surveillance law. The White House announced its plan to nominate Bedoya on Sept. 13. Once Bedoya is officially nominated, the Senate Committee on Commerce, Science, and Transportation will schedule confirmation hearings and hold a vote to confirm him.

Bedoya’s work has emphasized his deep belief that privacy is not a luxury, but a fundamental right, according to Georgetown Law Dean William Treanor.

“We are extremely proud of the groundbreaking work Professor Bedoya has led as the founding director of our Center on Privacy and Technology,” Treanor wrote in an email to The Hoya. “We will miss seeing him daily, but I know that in his new role, consumers across the country will benefit from his foresight, integrity and deep understanding of how the government can work to protect and serve the public interest.”

Bedoya did not respond to a request for comment from The Hoya.

The FTC is composed of five commissioners nominated by the president and confirmed by the Senate; no more than three commissioners can be from the same political party. The commission enforces consumer protection laws and federal antitrust laws with the goal of advocating for consumers and encouraging competition.

At the Center on Privacy and Technology, Bedoya’s work focused on the disparate effect of tracking software on marginalized groups and included an emphasis on civil rights in privacy questions, according to David Vladeck, the former director of the FTC Bureau of Consumer Protection and a professor at the Law Center.

“Along with civil rights coalitions, Professor Bedoya was able to persuade some of the major platforms to revise their rules on the advertising of payday loans, and other predatory lending practices,” Vladeck wrote in an email to The Hoya. “He will continue to work on these issues once he is confirmed as a Commissioner of the Federal Trade Commission.”

Bedoya also previously served on the Senate Judiciary Subcommittee on Privacy, Technology and the Law as chief counsel, which was led by former Senator Al Franken (D-MN). On the subcommittee, Bedoya oversaw work that dealt with mobile location privacy and helped draft parts of National Security Agency reform law.

As chief counsel, Bedoya worked to safeguard consumer privacy and worked closely with commissioners of the FTC, according to Vladeck.

“Under Professor Bedoya’s leadership, the Subcommittee focused on geolocation technology and biometrics, and Professor Bedoya developed a reputation at the Commission for rigor, fairness, and candor,” Vladeck wrote.

Bedoya is one of many Georgetown faculty members to be put forward for positions in the Biden administration, including McCourt School of Public Policy professor Adriana Kugler, who was recently nominated as the U.S. executive director of the World Bank.

Bedoya’s experience as a leading thinker at the intersection of technology and civil rights makes him extremely qualified for the position, according to Treanor.

“I know he will do everything he can in his new capacity to make sure that everybody, regardless of their background, is afforded protections from increasing government and corporate surveillance,” Treanor wrote. “I have no doubt that in every area of work he touches at the FTC, he will be extremely mindful of the disparate impact policies can have on marginalized communities.”