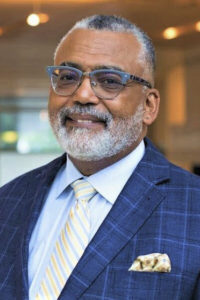 Pearce, the former chairman of the National Labor Relations Board (NLRB) and executive director of the Workers’ Rights Institute (WRI), testified on Capitol Hill on Sept. 14 about the Protecting the Right to Organize Act (PRO Act). The PRO Act, which the House of Representatives passed in 2021, seeks to protect workers’ rights to join a union.

Pearce answered questions about the bill and recent unionizing efforts across the nation at the hearing, entitled “In Solidarity: Removing Barriers to Organizing.”

“Unions protected workers during the pandemic,” Pearce said in his testimony. “I commend the PRO Act for attempting to create greater parity and predictability by making injunctive relief in the event of employer unfair labor practices mandatory in a greater number of cases.”

According to Assimakopoulos, the PRO Act expands upon the National Labor Relations Act of 1935 (NLRA), which protected early labor unions but has become largely ineffective as it has not been amended since 1947.

“As our hearing witnesses made clear, decades of Republican and corporate attacks have rendered the National Labor Relations Act toothless, allowing unscrupulous employers to intimidate and retaliate against their workers,” Scott wrote to The Hoya. “If we are serious about giving workers the tools they need to succeed in the modern economy, the Senate must pass the Protecting the Right to Organize Act and ensure workers can collectively bargain for higher wages, better benefits, and safer workplaces.”

With over 40 years of experience in labor law, Pearce said his familiarity with the flaws of current union legislation guided his Sept. 14 testimony.

“I saw the problems that exist, the challenges that we have in litigation, the challenges that we have with respecting workers seeking to organize, the way the administrative proceedings are set up, the complexities and the built in delays that have affected some workers’ abilities to freely choose to organize,” Pearce told The Hoya. “It has been the case that there’s a 14% increase in unfair labor practices.”

Pearce and both research assistants said a highlight of the trial was the testimony of Starbucks barista Michelle Eisen about her struggle to unionize in response to the company’s mistreatment of workers during the pandemic.

“So many corporations were making profits hand over fist, and they were not reciprocating by providing better working conditions for their workers,” Pearce said. “Workers learned a hard lesson that employers are not concerned about their welfare and they have to protect themselves.”

“This deeply flawed legislation would infringe on employers’ due process rights, interfere with small businesses’ ability to secure legal advice on complex labor matters, expand joint employer liability, and strip away critical ‘secondary boycott’ protections that prevent a union from boycotting a neutral employer,” Egee wrote to The Hoya.

Pearce said that in the meantime, WRI will continue to coordinate events and initiatives that support workers.

“Our goal is to educate the low wage workers with respect to their rights, to advocate for labor reform and to engage in research where we can analyze factors that create the disparity of wealth and what we can do to improve it,” Pearce said. “It’s not just about workers being able to unionize. It’s about workers also being able to realize economic equity through means of self determination, which includes going into business for themselves.”